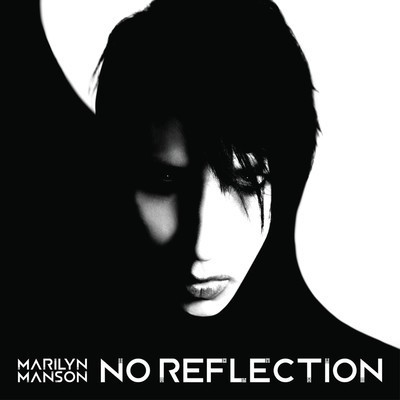 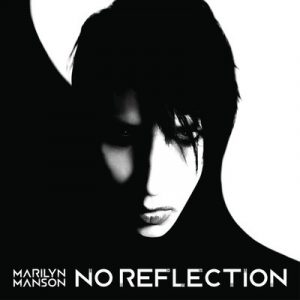 KROQ Radio debuted “No Reflection”Â on the 8th March and the track will be available exclusively on iTunes this Tuesday, March 13th. Blabbermouth was first to catch the premiere, reporting that the song’s chugging, faint-friendly distortion offers plenty of sonic waves for Manson to glide over reminiscent of glory-era Ministry.

“The new record put simply has the ambition and determination of how I started making music in the first place,” Manson says. “It sounds like the first record in that it’s not afraid to do anything. I had to remove myself from my lifestyle and start fresh.”Â
“It doesn’t really sound like any of my old records,” Manson says in an upcoming Revolver magazine cover story. “In fact it sort of sounds like what I listened to before I made records ”â€ Killing Joke, Joy Division, Revolting Cocks, Bauhaus, Birthday Party”Â¦ It’s very rhythm-driven. I think this will probably be the grandest concept record of all.”

The tumultuous relationship Marilyn Manson has cultivated with the public through his genre-defying music and anti-status quo message of thinking for oneself has resulted in sold-out tours, protests, legal battles, adoration, hate, more than 50 million records sales, award-winning distilled spirits, several Grammy nominations and, most importantly, a long list of some of the most enduring and powerful singles ever, such as “Lunchbox,”Â “Get Your Gunn”Â “Sweet Dreams (Are Made of This)”Â “The Beautiful People,”Â “Antichrist Superstar,”Â “Tourniquet,”Â “The Dope Show,”Â “I Don’t Like the Drugs (But the Drugs Like Me),”Â “The Fight Song,”Â “Mobscene “Heart-Shaped Glasses,”Â “Coma White”Â and “If I Was Your Vampire.”Â

Born Villain will be released on Cooking Vinyl and Manson’s own label Hell, Etc.