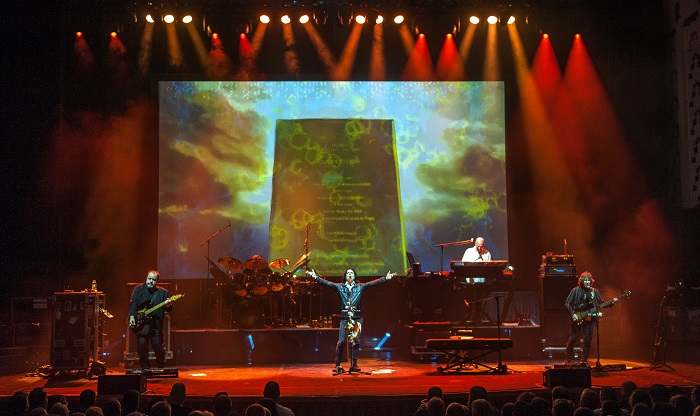 In a career that’s now into its fourth decade, how come Marillion have never played in York?Finally putting things to rghts, the last gig of the UK tour ticks another box with a spellbinding and majestic  display.

A first that was preceded by a lovely little support slot from Roxanne de Bastion, gamely hobbling on for a singer songwriter set despite a foot in a cast – showing the true spirit of rock and roll and the show must go on. And of course, the now familiar public service announcement from soundman (and sound man) Phil Brown, ‘encouraging’ fans not to spoil the enjoyment of others by constantly having their phone in the air; one roundly applauded and adhered to at the risk of being labelled “a twat” (his words). 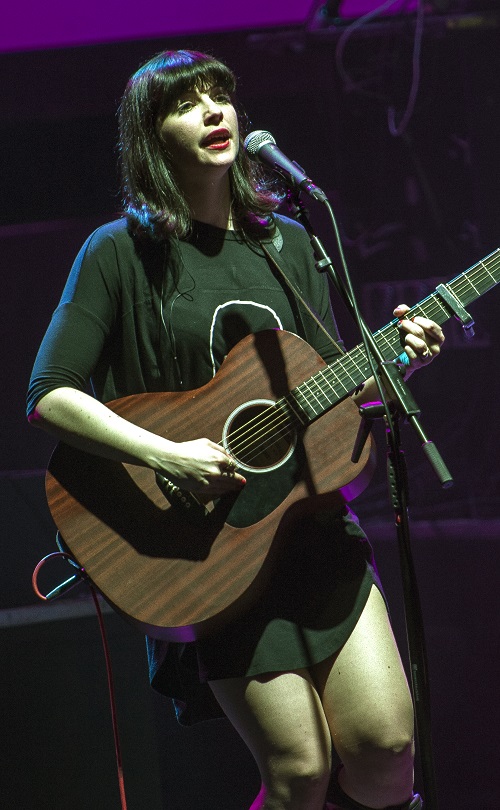 So a chance to assess the success of a short tour that’s taken in a few new venues in the new philosophy of going back to the concert halls – the larger venues with seats and give the fans a different experience. Seats guaranteed, the lack of urgency in queuing all afternoon to be first at the barrier and risk losing your position by the unnecessary need to use the toilet for several hours. Altogether more civilised. It may lack the sweaty hedonism of a rollicking gig, but the switch has also seen a definite upping of the game in terms of production values, normally saved for prestigious gigs (the Royal Albert Hall for one) and the biannual fan gatherings/weekends.

Throwing in The Leavers mid set particularly with its ‘made for the end of a show’ “we come together” refrain that could rival Hey Jude as a crowd participation moment, might leave a few puzzled. Surely a moment to savour but instead the ovation curtailed by the dancing  intro to Brave’s Mad. Last night of the tour looseness resulted in the nice touch of responding to a shout out for White Paper which took the band off the map – lighting and patches duly and promptly programmed, it provided a highlight in the same way that Living With Fear showcased the current album in a shorter package, with the idealistic sentiment and Beatle-esque  arrangement highlighted by colourful psychedelic Lennon images onscreen.

The looseness led to some irreverent banter about doing the tourist bit in York; checking the Railway Museum and wandering the Shambles (including the wonderful aside “do you shit out of the window?” – “we do on the tour bus”….) and then greeting the young lass with a plectrum and a handshake as she sat on her dad’s knee in the centre of the front row. Hopefully she had a ticket or we’ll all be bringing someone to sit on our knees in future… 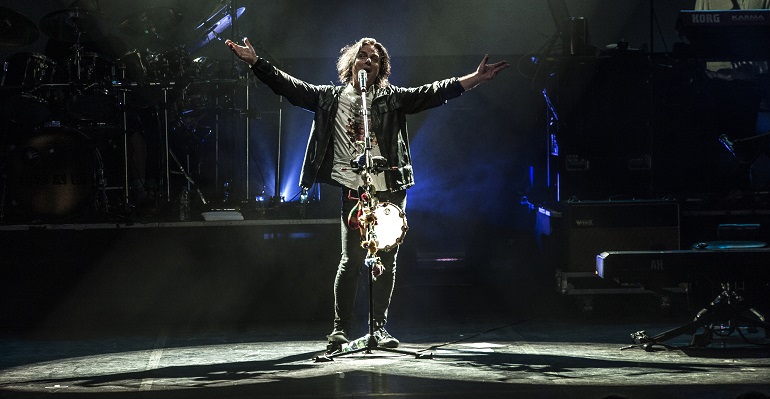 Without the pressure of a new album to promote, the chance to cherry pick from the back catalogue saw welcome returns for Season’s End and the funky groove in Quartz, yet it was the encores where new heights were scaled and conquered. Announced by rarity of a Steve Rothery introduction to dedicate Easter to the memory of his treasured Uncle George clearly inspired him to deliver what many (me included) consider to be his best ever solo; always passionate and emotional, it attained new heights under the watchful eye of his dear friend, yet was matched by the blistering Sugar Mice solo that followed. For once, Steve Hogarth opting to sing most of the song he regularly turns over to the crowd.

Anyone not sated by then could bounce along to something from the first album way back from 1982, the crowd finally remaining on its feet and hailing their heroes in a momentous coming together.