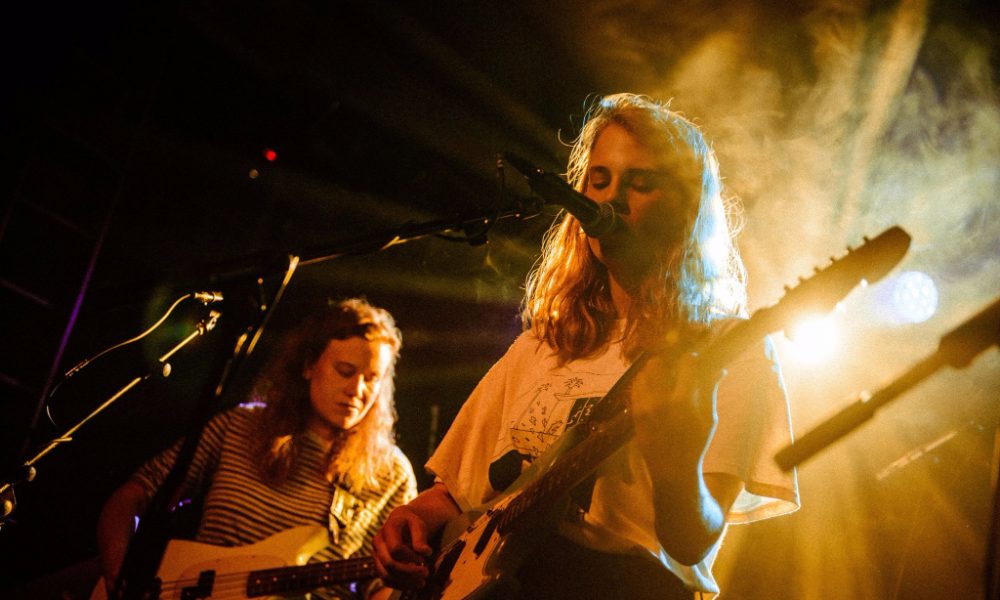 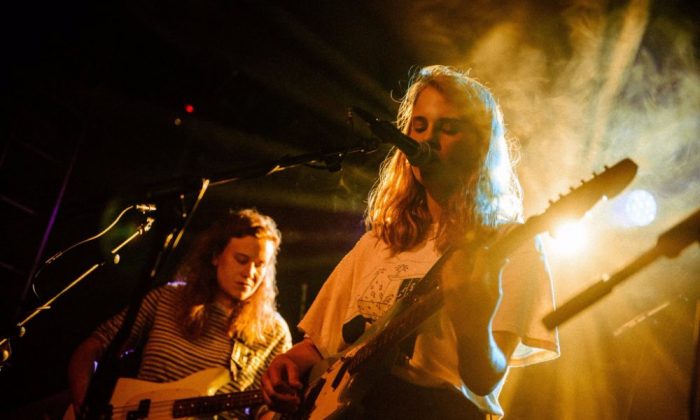 Both a folk troubadour and a fuzz-addled trailblazer, Marika Hackman demonstrates her dexterity to a rammed London crowd. Sam Lambeth was there to review.

The Universal movies theme tune begins blaring out of Shepherd’s Bush Empire’s tannoys. Next arrives Marika Hackman’s stage backdrop, fittingly goofy and flaunting fried eggs. As the music reaches its familiar, nostalgic climax, you half expect the backdrop to reveal a big screen showing Mrs Doubtfire. It’s a weird contradiction, but these juxtapositions are something that Hackman has thrived on for most of her career.

When she first emerged, she was a brittle folk-tinged siren. As time has progressed, the edges have been sharpened and the guitars fuzzed up, with latest record, I’m Not Your Man running the glorious gamut of alternative, fuzz and lo-fi pop. Good Intentions and Eastbound Train give Hackman and her band a chance to show off their chops, the band obviously having a whole load of fun as their riffs – and hair – intertwine.

Hackman doesn’t neglect her folk side, though, and the bleak thrum of Bath Is Black and Ophelia offer large swaths of brittle melancholia. The audience, an eclectic demographic of idealistic hipsters and well-worn punks, cheer and sway to every lop-sided coda, particularly the incredibly infectious My Lover Cindy.

Boyfriend rollicks along on a delightfully skewed guitar riff, and its catchy whoops once again get the crowd jumping. Closing with Blahblahblah, Hackman shows that although she may not operate on a budget the size of Universal, her appeal certainly is.