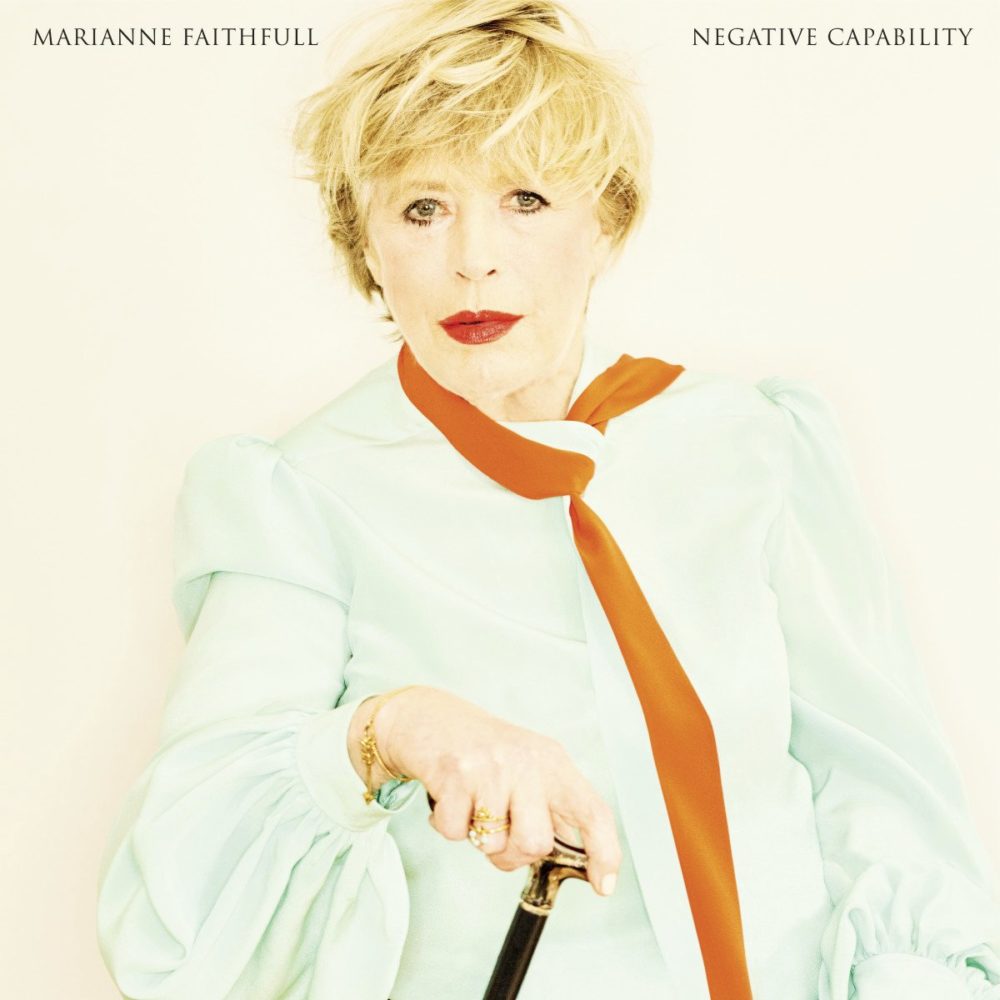 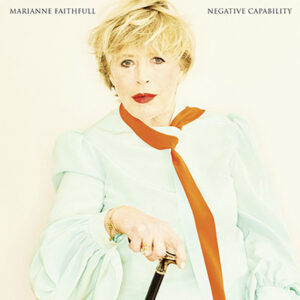 Marianne Faithfull is a fighter.

In a career spanning 54 years, she has gone from the sweet singer of As Tears Go By to the to poster girl of drug abuse, living rough in the streets of London and getting back on track by grasping her artistic reins with the landmark Broken English in 1979.

With a title inspired by Romantic poet John Keats and a cover displaying Marianne’s trusted walking stick – the singer suffers from debilitating arthritis – Negative Capability is  Faithfull’s 21st album and the most emotionally powerful of her recording career.

It’s not everybody’s cup of tea, of course. With a voice sculpted by life, personal tragedies and cigarettes (she picked up the habit again a couple of years ago), this is an essay on mourning, sincerity, courage and love. Facing down constant pain and bolstered by collaborators including Warren Ellis, Nick Cave, Rob Ellis, Ed Harcourt and Mark Lanegan, the album is charged with brutal honesty and autobiographical reflection as she addresses losing old friends and her loneliness living in her adopted city of Paris.

Negative Capability sees Marianne composing songs with her musical collaborators more than on any previous album. Mark Lanegan supplied the music for They Come At Night, inspired by the attacks in Paris (“Those who survived that night are still completely traumatised/But the other souls unlucky/Shot like dogs between the eyes”). Ed Harcourt contributed with the desolately moving No Moon In Paris, that closes the album, with Marianne reflecting on her remarkable life.

There are re-recordings of classics, too. Being the prima donna of melancholy, songs like Bob Dylan’s It’s All Over Now, Baby Blue sound perfect when reinterpreted by Marianne. There’s also a remake of Witches Song from Broken English, along with another version of As Tears Go By, this time with a depth and and meaning that only seniority can give you.

Recorded at La Frette studio on the outskirts of Paris, Negative Capability is produced by both Rob Ellis – the PJ Harvey producer who’s been Marianne’s collaborator for five years -and Warren Ellis from Nick Cave and the Bad Seeds. While Cave’s vocals can be heard on the single The Gypsy Fairie Queen, Warren’s violin blesses songs such as Misunderstanding and Born To Live – her intensely moving eulogy to departed lifelong friend Anita Pallenberg, where she wishes for “a good death” for us all. Dying well is also the theme of Don’t Go, that mourns another departed friend, Martin Stone, who passed away due to cancer. The song starts with Marianne pleading to her friend to resist death, but ends up admitting that, at that point, one must do what he/she wants. It must take a lot of guts to, at the age of 71, look death square in the face and write words like “I do understand why you want no more f*cking treatment”.

At this point, you might be thinking that parallels with the late-life works by Johnny Cash or Leonard Cohen are inevitable, but it’s not all doom and gloom.

Faithfull’s undefeatable spirit shines through in different moments of the album, where she opens herself to a life that is full of love and hope. Like in the song In My Own Particular Way, where she sings “I know I’m not young and I’m damaged/But I’m still pretty, kind and funny…and I’m ready to love”.

Negative Capability can offer us some consolation to the inevitabilities of life, but ultimately shows that we must all own our personal damages and move on defiantly against what will eventually bring our downfall. If the only two certainties in life are indeed death and taxes, you should really get this album…and a good accountant.

Angela writes for Louder Than War and this is her author’s page.