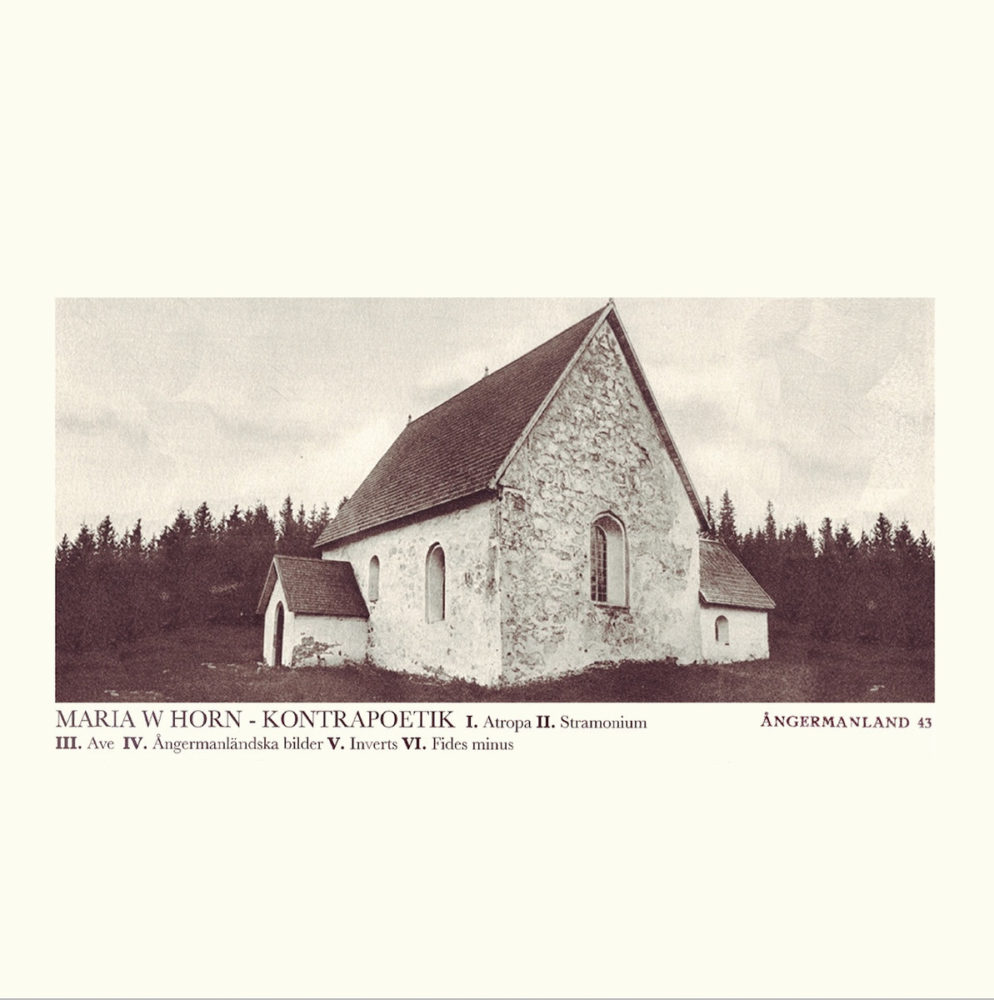 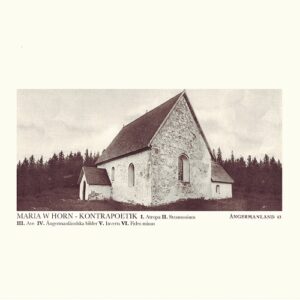 An inspiring new release courtesy of Swedish sound artist Maria W Horn, whose rich textured electronics have previously captured Louder than War’s attention. In keeping with what we’ve heard of Horn’s work, Kontrapoetik has elements of the heady rituals first propounded through the noises made by astronauts such as Edgar Froese or Klaus Schultze. Albeit with a difference. Here, the banks of High European noise plucked from past memories aren’t remoulded in a futuristic space, leading to some vague, sci-fi kosmische finale. Rather they are sent back, to dig deep into the past.

Kontrapoetik is a liturgical record and dealing with alternative, or dark liturgies at that, regardless at to where you stand religiously. You can hear it as a form of synthesized atavism, or a specific counter-religious score. You may think it a liberation, or an act of devilry. But in all cases the music is both the ceremony and the celebrant. And Horn uses her subtlety in creating sound to address evil and wrong in Sweden’s history – a more fractured and violent one than many would grasp – like many of the Nordic lands. Issues of class, wealth distribution, religious and political murder in Sweden is the script. And past evils are investigated in precise detail. Other listeners may find actual evil in the intent. As this is a record whose music was specifically written to challenge the male of the Scriptures, invoking – however artistically – Lucifer, to come to womenkind’s aid in overthrowing the misogyny of the Christian Church’s teaching.  Matters for you and your conscience alone.

So memory and rituals around memory are also key to this record. And Horn’s reactions to memories are coded into these 6 pieces. We get specifics (as in the read texts on the increasingly heavy and abstract leviathan, ‘Ave’. Or seemingly, acts of forgetting; which we sense on closing piece, ‘Fides Minus’ – a cut which plunges into the purest sonic form of memory wipe; the sound of the telly on the blink. Thinking of tellies and the like, we could also hear it as the bits they cut out of Ringu, set to music. Rather than a vengeful spirit seeping through your TV screen, it’s Sweden’s past.

Horn’s new release is not one that confronts you immediately with its message, and it’s a fine listen in itself; you can leave the dark stuff to one side, stick it on and admire the way the music patiently builds and hangs around, such as in ‘Inverts’. So Kontrapoetik is a record that can be enjoyed on a number of levels. And in that often reminiscent of Coil, or Thighpaulsandra’s more elegiac moments. You should hold your breath and give it a spin.