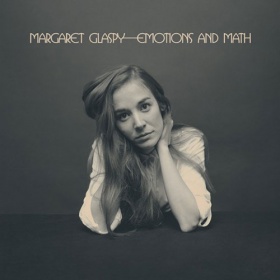 After dropping out of university when her education grant ran out after just one semester, Margaret Glaspy continued to use her student ID card to access lectures and classes. Determined to get the education she needed to realise her dream of becoming a professional musician, Glaspy learned the basics of performance around the student areas of Boston before relocating to New York as her friends and fellow artists graduated. Busying herself with finding gigs and recording her debut EP in her apartment, she was spotted and signed by record label ATO.

Glaspy’s album has all the style and character of a modern day Beat poet as she travels through the hope, nervousness and disappointments of being a twenty-something struggling to find her identity and place in the world. With a voice that can be at once both innocent and irate, angry folk-grunge sits alongside catchy jazz-pop and heart-breaking bluesy lullabies as she carves out a much more experimental style than that found on her first EP’s.

‘You and I’ is perfect wide-eyed summer grudge-pop describing the breakdown of a relationship that is left to linger. “There’s no you and I; I don’t wanna see you cry, but it’s only a matter of time…” It’s unhappy subject matter is juxtaposed against a cheery but bitter-sweet pop melody of a character relieved to be out of a relationship. Like most of the songs on Emotions and Math, Glaspy delivers her lyrics matter-of-factly with plain-speaking, innocent emotion; she is just at home delivering stories of emotive heartbreak as she is singing about the hope new love can bring.

Whilst ‘You and I’ is the voice of a cheery twenty-something who thinks time is on her side and the world is full of possibility, by the time ‘Memory Street’ comes around, the optimism is replaced with a darker blues style as reality bites. Mourning her innocence, she sings “ring the alarm, I’m on memory street…why remember the times I took forever to forget.” The track broods on lost love and regret, between the hopelessness and anger of someone who feels they got it wrong, Eliot Smith like. Anger and regret run throughout Emotions and Math, be it in the noir-like ‘Love Like This’ where she curses a lover for throwing a seemingly good relationship away, or on the darker ‘Situation’ in which Glaspy describes how she was stalked on tour.

Glaspy’s impressive vocal range fleets between wistful high pitched angelic ballads and low guttural snarls on angst pop. Her ever-changing voice is difficult to pin-down, similar to the complex and multi-faceted identities of the characters in her songs, be it herself or the vulnerable personas she takes on.

On the more playful tracks such as ‘Anthony’ and ‘Emotions and Math’, we get a window into the kinds of relationships that have caused the angst for the character in ‘Memory Street.’ Wistfulness clashes with difficult yet happy memories of relationships that just didn’t quite work. Perhaps reminiscent in spirit to PJ Harvey’s ‘You Said Something’ from Stories from the City, Stories from the Sea, both songs show how Glaspy likes to explore the simultaneous darkness and light of human emotion.

Structurally, however, this does make Emotion and Math messy. This could be deliberate to reflect the neuroses and difficulties of the dark and light in the characters she is and those she becomes, but it’s hard to keep pace with. After the soft, playful ballad of ‘Anthony’, for example, you are thrown into the desperately sad and quite brutal ‘Parental Guidance’ which deals with Glaspy’s struggles as a youngster after the Columbine tragedy. This is followed by the upbeat ‘You Don’t Want Me’ before the dark noir-like ‘Love Like This’, a song you could imagine in a dark, smoky basement jazz bar in 1950s New York City. Whilst the majority of songs are standout successes, they do get lost amongst a structure that feels confused and disjointed; it can make for a difficult first few listens.

The tender ‘Somebody to Anybody’ is stripped back and demo-like. A single acoustic guitar carries Glaspy’s voice at its most innocent and vulnerable; she has been compared to Joni Mitchell and it’s perhaps most evident on this track. Feather like, Glaspy frets about being “a little rock on a big mountain” or a “dandelion” – ‘give a gust of wind and I’m gone.” Like Black is Blue where she sings “my shoes are untied and I’m an adult”, both songs explore the confusion of finding your place now not only in relationships, but in the world as an adult – and of the outright neurosis that comes with it, as you wonder whether you are following the right path.

Emotion and Math is ultimately an album about making sense of who you are – of discovering the type of person you want to be both individually and in relationships. It’s as beautiful as it is brutal and Glaspy’s vocals will be sure to disarm folk, grunge and pop fans alike.