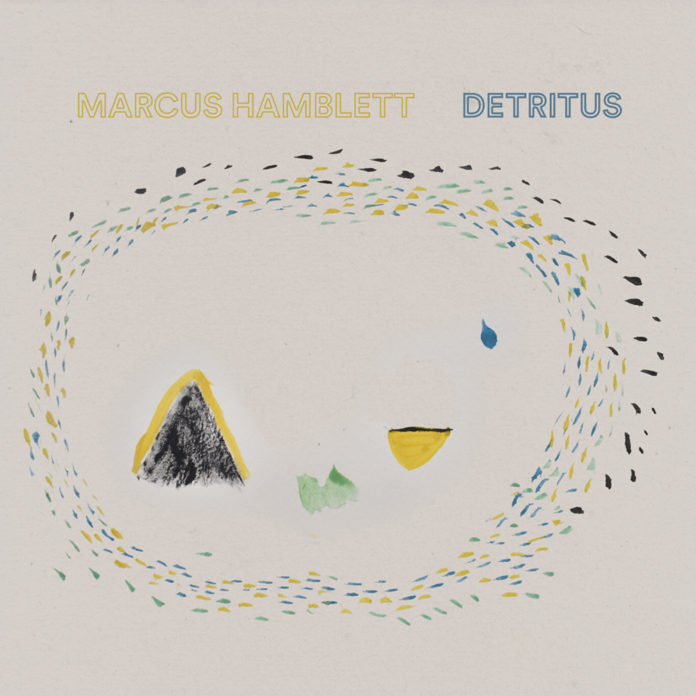 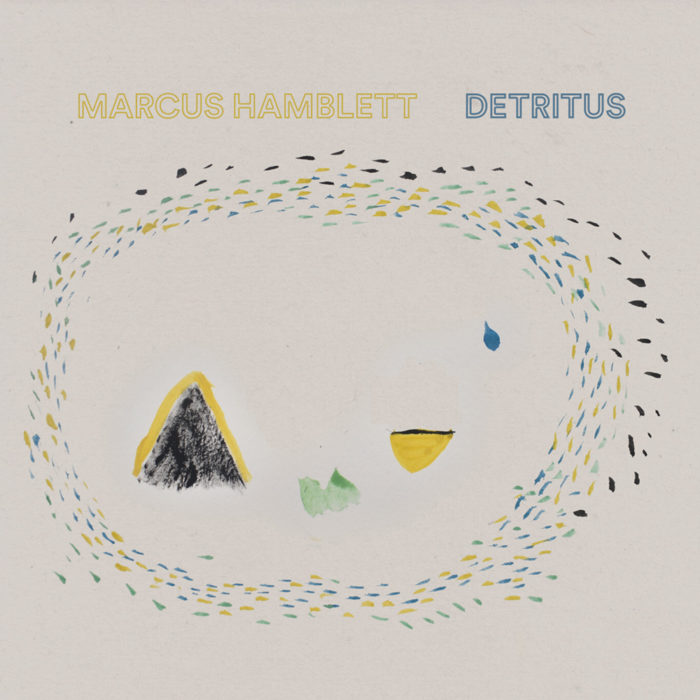 After 2015’s much lauded Concrete – a killer, widescreen record packed full of sonic hybrids and clever crate-digger conceits – we have Detritus, the new effort from multi-instrumentalist and Willkommen Collective co-founder, Marcus Hamblett. Whether the title of the new record says anything about Hamblett’s experiences during the gap between these release dates is anyone’s guess. What we do know is that Hamblett has been busy working with many other people in the meantime, some of whom turn up here to return the favour.

Regardless of conjecture around the album title, the opener ‘Lost At Sea’ (with This is The Kit’s Kate Stables) is a killer piece; though it starts with one of those “live takes” which can sound preposterously vain if the music turns out to be not much cop. Luckily, this gambit just brings a sense of calm, as the sounds open up to reveal a mini symphony of sorts, wide-eyed and wind-lashed and ever so-slightly-stoned. After a short while, a strong Morricone vibe starts to inveigle its way into the listener’s consciousness, with Stables’s soft cooing drawing us ever further under the swells of the riptide. The gloriously frayed ending is a superb reply to the track’s opening bars, too.

If you can get past such a zone-out so early, other treats lie in store. Colin Stetson’s contribution on ‘Ghost Socks’ – set upon a looped circular riff – cleverly admonishes the long, drawn-out mix of jazzy, slightly spacewards reflections and sparky, even martial rhythmic passages heard earlier on. There are also some synth bubbles and squeaks that sound as if they’ve done a runner from a Hamronia track. Which, of course, is no bad thing. It’s a mesmerising piece that sounds like a deft update of Church of Anthrax’s core vibe.

This reviewer saw Hamblett pick up the pieces of a potentially disastrous gig at Kaltern Pop during which his digital box of tricks broke down so completely that he was reduced to a guitar. With which he managed to wow everyone with his playing; which turned out to be straight from the “Maurice Deebank Book of English Pastoral Psych”. Two tracks – ‘The Warren Pt 1’ and ‘The Warren Pt 2’ – reflect this side of Hamblett’s nature; intricate, courtly, and precise. Both pieces act as a pleasant interlude.

Things really expand again with the last two tracks, the first of which being ‘Gardner’s Basement’, with Mathieu Charbonneau and Ben Lanz. This is a glorious mix of glitchcore sounds which create an ersatz bedroom funkathon, or Atari soundtrack. Sometimes crystalline, sometimes reedy, and always charming, the piece has a beautiful reflective air to it. It’s probably its steadfast refusal to move up a gear into a major key.

Lastly we see the return of the vibraphone for the appropriately named ‘Vibraphone Piece’, where Hamblett, James Holden and Etienne Jaumet battle it out over 11 minutes, to see who can make the spaciest contribution to a track that starts out fairly off-piste and is determined to stay there. Seemingly imbued with a sense of the wonders of galactic travel – or at the very least a trippy walk through the Left Bank on a quiet Sunday morning after the night before – this last number could have been written around 1963. It deftly mixes up La Nouvelle Vague and mad outsider records like Project Comstock’s Music From Outer Space with that oh-so contemporary retro sensibility that haunts a number of modern releases. It’s very very moreish.

What to think? Well Detritus, for all its coyness, is a very, very pleasing record and over way too soon.