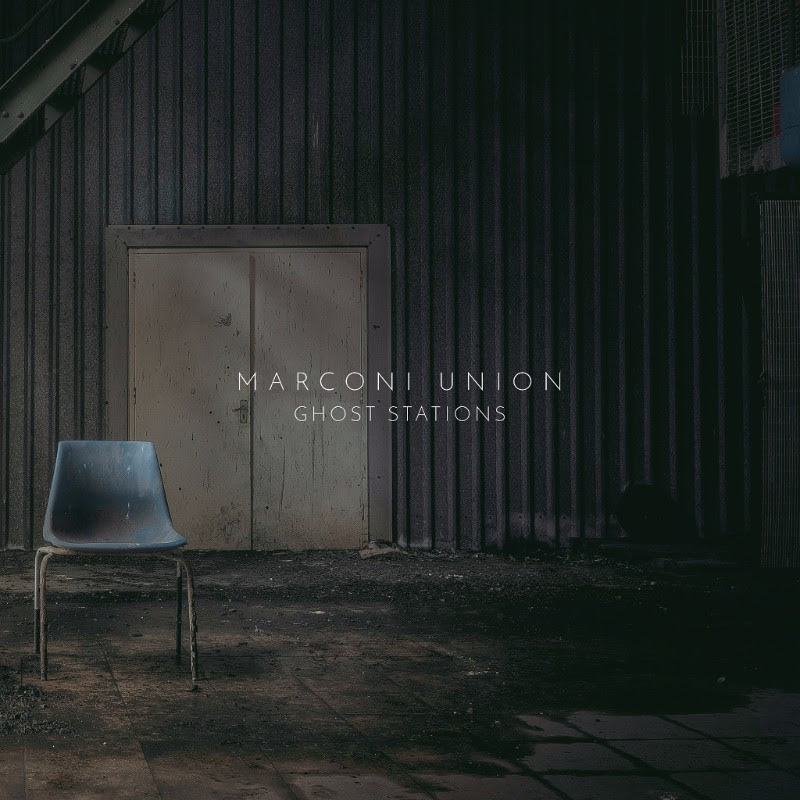 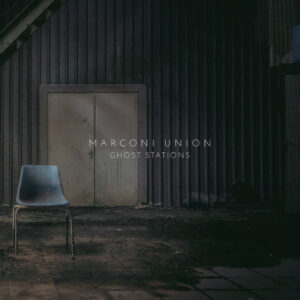 The ninth studio album the experimental electronica trio Marconi Union sees them forge ahead with a new and bold sound. Simon Tucker reviews:

With Ghost Stations Marconi Union connect ideas of abandonment, empty spaces and dereliction but in a positive and contemplative manner. The album plays out like a paean to past dreams and missed chances looking back at your youth with memories of eternal summers and fleeting friendships.

As Ghost Stations begins its ascent with opener Sleeper we are locked firmly into a live room where musicians seem to be warming up trying to find a common thread before a groove and bass pattern slowly emerges locking everyone in together and shining a light on the path. Much like Pink Floyd’s Echoes, Sleeper creeps in slowly creating a world for the listener to inhabit, a sense of place and time then just as we start to lock in the band float us off into air with Remnants / Shadow Scene which unfurls on a slow, plaintive piano riff before we are again introduced to a pulse that starts to lift us higher into the ether. This is a beautiful moment that can make those listeners who are in an emotional mood weep as it has the power to at once sound incredibly positive yet is also injected with a melancholy that is potent and tangible. As an ethereal chorus of voices and guitar pattern plays out we are left spinning in a sea of emotional electronica that is one of the most powerful songs of the year.

Abandoned / In Silence then creeps up on and this time there is an added unease. A sense of things taking a turn for the uncomfortable emerges as we again start with a piano motif that is surrounded by all manner of electronic gadgetry that adds space and scope. Slight dissonant inflections appear then disappear from view and waves of synths roll up then back before a clarinet and trumpet (played by Digitonal’s Andy Dobson and Giorgio Li Calzi) add a human touch. Without us even noticing we then find ourselves slow-marching along to a rhythm and lurching tempo that propels us forward at a languid and unsure pace very much in the realms of Jazz.

Then we reach the finale (yes the album only contains four songs but with each clocking in at over ten minutes plus there is no short-changing the listener here) Riser and what a finale it is. Riser is tribal ambient at its finest. It snakes and twists giving food the for body as well as the soul and is at heart a Blues song beamed back from the future. Riser sounds like a song someone from the year 2116 would create if they were trying to reinterpret the “Madchester” sound. Baggy, loose,  and full of swing Riser is packed to the hilt with swagger before slowly settling down and signing off with washes of ambience.

Ghost Stations is an emotional listen which manages to create a vivid landscape for us to journey on. From the evocative artwork to the wonderful production and album structure Marconi Union never place a foot wrong making this one of the finest electonica releases of the year.