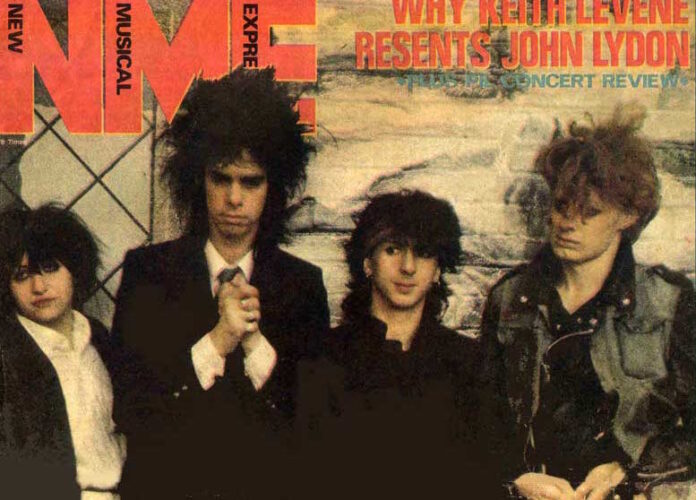 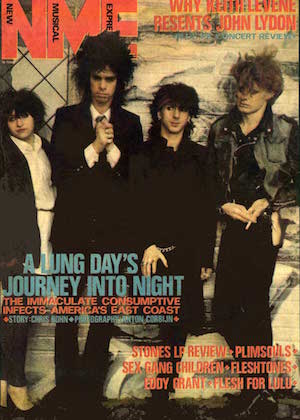 Marc Almond’s Top Ten Inspirational or Favourite Songs … as chosen in 1983 for Andy Peebles’ My Top Twelve Programme on BBC Radio One (FM).

It’s a fabulous work of pop genius as you would expect, a full review will follow … but it got me thinking about the time I fell for Marc (as an artist and music-lover) hook line and sinker. It was his appearance on a Radio 1 show called MY TOP TWELVE with Andy Peebles.

Basically it was a rip-off of Desert Island Discs. He picked his favourite or most inspirational records at that time. I’m guessing that this was around the time he was forming the Mambas and planning their first (Untitled) album and around the time of his Immaculate Consumptives venture with Nick Cave, Lydia Lunch and Clint Ruin.

The songs he chose were dark, romantic, narcotic and strange … and beautiful … and painfully hip. (You rarely, if ever, heard artists like Suicide and Throbbing Gristle on BBC Radio then.) To be completely honest I could remember only two of the songs, the ones by Lydia Lunch and the Doors, as I was so enamoured with them I rushed out to track them down (not an easy task in Wiltshire in the 80s. Not like today, everything at the touch of a button or click of a mouse)

So … I joined the Gutterhearts, Marc Almond fanatics Facebook group, and consulted them. And sure enough they came up with almost all of the Twelve (or maybe it was a My Top Ten?) The only one they are not 100% about is the T Rex one. So here they are, still sounding fabulous and strange, dark and seductive.

AKA the Hungarian Suicide song. A trad. arr. number about death. From the Ze Records Queen of Siam album.

Undeniably the most beautiful song the band wrote. Exsquisite.

Damaged genius. Marc presumably going through his own phase of narcotic excess, what with hanging out with the Immaculate Consumptives.

GPO – a one off. Difficult music to love. Something I’ve never managed personally.

Incredibly difficult to pick one song from the peerless, majestic and desolate Berlin, a masterpiece if ever there was one.

George Abdo and the Flames Of Araby

Obviously an influence on the Marc & the Mambas sound.

Marc was a long time Banshees fan and presumably chose their latest rather than an old favourite. Later of course he duetted with Siouxsie.  On his forthcoming album he duets with Beth Ditto, with surprisingly  great results.

Nico – Wrap Your Troubles In Dreams

No one said this was gonna be a jolly singalong selection of feelgood toe-tappers.

T Rex Dandy in the Underworld

Bolan was Marcs Idol, hence the way he spells his Christian name.

I wrote to Marc’s PR agent asking if he would be willing to update his choices and select a Top Ten for 2015, and whether any of them would be the same ones.

The fact that she didn’t reply may have been something to do with my online shredding of her long time client Billy Idol’s latest album. Oh well. Marc’s new album is superb and his taste in music impeccable then and I’m sure it still is now.

With huge thanks to the various people on the Gutterheart’s Facebook page.

All words by Ged Babey whose Louder Than War author’s profile is here.