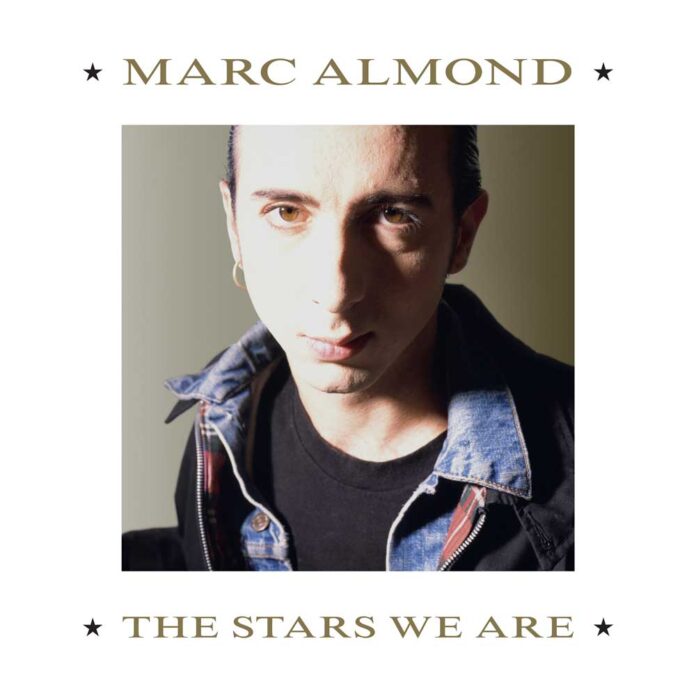 Marc Almond – The Stars We Are 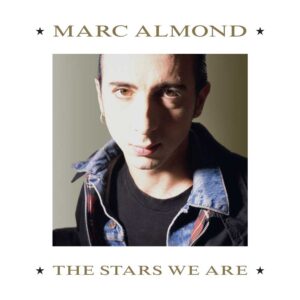 Expanded edition of the fourth Marc Almond solo album, which yielded the number one single Something’s Gotten Hold Of My Heart, a duet with Gene Pitney. This three disc set includes the original album, remixed versions and a DVD of promotional videos. LTW’s Ian Canty grabs his telescope and goes on a journey to the stars…

Marc Almond has always seemed to me to be a great pop star, right through the Soft Cell years and into his solo material. What he does is always rich with references far from the mainstream and this imbues his work with a depth that pop marionettes couldn’t even begin to imagine. The Stars We Are, made in 1988 and his first album for the Parlophone label, probably represents probably the most pop moment of his career. Even so, you quickly realise that this album is still a long way from the cloying certainties of the middle of the road and if you haven’t cottoned on by the time of Your Kisses Burn, where Marc pairs up with Nico, you never will.

His new imprint were rewarded with a huge hit just after the LP’s release. Marc had voiced a cover of the Gene Pitney 60s hit Something’s Gotten Hold Of My Heart on the album and as news of Marc’s version filtered over to the Pitney camp, a duet version featuring the two was arranged soon after the album. In this amended form it was released as a single and sold like hot cakes, with the song spending four weeks at the number one position of the UK charts in early 1989.

The Pitney/Almond take substituted for the original on most of the subsequently pressed versions of the LP, as the label sought to capitalised on the single’s success. This helped pushed The Stars We Are into the Top 50 of the album charts in the UK, making it Marc’s best selling long player.

One of the many great things about The Stars We Are is that it manages to successfully evade the worse excesses of 1980s production. Arriving at near the end of the decade probably helped a bit, as by then producers were beginning to see the limitations of the technology employed. Apart from a few electro rhythms here and there, most notably on set closer She Took My Soul In Istanbul, the LP could have been recorded at any time from the late 1960s onwards. Which is positively a good thing.

The Stars We Are was simply a joy for me to listen to. A fine collection of pure, high-quality pop music, put together with great care and attention to detail. Something that gave Marc the perfect canvas for his tales of burning emotion turning to raw pain and recrimination, of love and inevitable loss, of low mood and high expectations. In short, the orchestrally-enhanced, beautifully full and lush musical approach helps propel Almond’s already dramatic torch songs into a whole new level of intrigue.

If there is one bugbear for me, it is that Marc’s solo version of Something’s Gotten Hold Of My Heart is replaced on the album here by the duet, with Almond’s take among the second disc’s bonuses. Though sonically it still works, I feel it would have been better to have left the LP in its original format. That aside, the collection slips neatly into gear with the delightful drive of the title track, where the protagonist ends up sitting “in the dark of my lonely room” after the high times of youth and love had receded sadly into memory.

Some lively strings and rhythms seem to stutter a little, before gathering a cool drifting energy on Bitter-Sweet and the slow moves, orchestral and theatrical touches of Your Kisses Burn work together brilliantly. This was one of Nico’s final performances and a very dramatic and telling one. Plus there’s a lovely unguarded photo in the booklet that accompanies this set of her and Marc playing pool.

Side two of the original LP commenced with The Very Last Pearl, a lighter effort with some jazzy brass. But Tears Run Rings, which follows, is a triumph. It seems to take a pinch from his Soft Cell days of pop glory and just really runs with it, resulting an absolute gem. The classy musical concoction of The Sensualist toys with opera song and jazz pop sounds backing its confessional/obsessional lyric and She Took My Soul To Istanbul brings down the curtain on The Stars We Are with the words “simply satisfied, I turned to dust that night a thousand times”.

Well I don’t know if I would go that far, but it is a truly satisfying album that puts Almond at the centre of a dizzyingly diverse and entertaining musical world. His talent for playing with total conviction the betrayed and the betrayer and the lover and the realist is the thrust behind all the good things on this album and makes the craft and imagination on show snap into clear focus.

In addition we also get five bonus tracks on this disc taken from the album’s four singles’ b-sides. While definitely more of the time rhythmically, The Frost Comes Tomorrow has a real sense of wonder about the vocal and the violins propel the tune along. Strings also play a key role in Kept Boy, where German cabaret singer Agnes Bernelle takes centre stage in endearing fashion. King Of Fools is a fast-moving, busy gem with a hint of rumba and some kettle drum rumbles add to the air of low-key menace on Real Evil.

Moving onto disc 2 of this set, we have ten remixes along with the aforementioned solo Something’s Gotten Hold Of My Heart. More one for the collectors of course, but Only The Moment gets a boost in an All The Time In The World remix, which for me just helps the elegant flow of the song and the Shadows-like guitar sound make an impact. Punchy horn work is highlighted on the 12″ version of Tears Run Rings and These My Dreams Are Yours vocal wails give way to gleaming chimes and an appealing electro pulse. The result sounds to me a little like Michael Rother’s work, smooth with ambient touches but with a heart too.

The final disc of this set collects six promotional videos filmed for the album’s singles. A few of them are simple performances to camera in an 80s video style, with Tim Pope’s film for Bitter-Sweet being one of his more restrained offerings. I do like the promo for Something’s Gotten Hold Of My Heart though. You think it is going to be one of those things where the two shoot their separate bits on either side of the Atlantic, never crossing paths. So when Almond and Pitney meet up at the end it is quite a heart-warming moment.

The Stars We Are clip is fun too, with Marc looming up in the back of a church sporting a Harrington jacket and Peter Christopherson’s film for Tears Run Rings has him spinning around on a wheel of death. The original Tim Broad version is included too, this one has Marc motoring with a companion, voyeuristically ogling the hitchhikers they pick up.

I found this new The Stars We Are set very enjoyable – the album has definitely stood the test of time far better than most records of a similar vintage. Marc Almond really managed to put the ghost of Soft Cell behind him here and show there was much more to him than the past. The big hit with Gene obviously helped a bit, but there is much more on the LP to enjoy. The b-sides and the remixes disc are nice to have and the DVD is worth a look, but The Stars We Are itself is the true star and that is how it should be. An excellent selection that is decked out in quality from top to bottom, from Marc’s one of a kind viewpoint and stamp of authenticity to the musicians’ skilful contributions. A career highpoint and a wonderful listen.