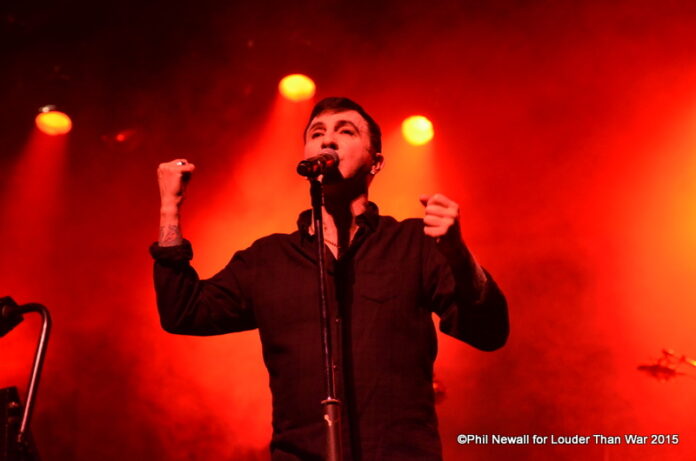 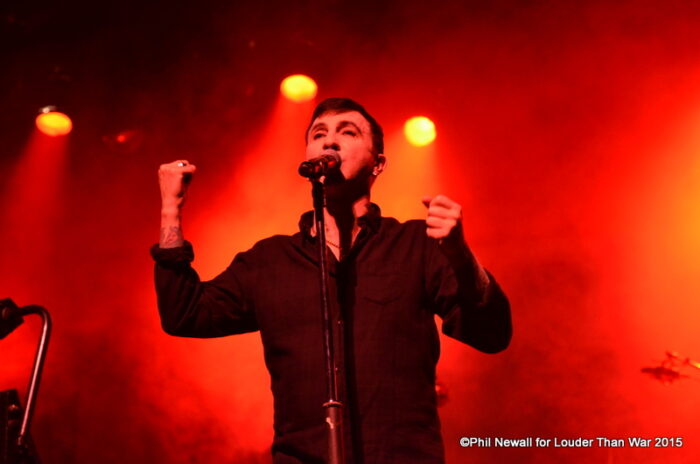 If you stand on the New Brighton sea front and look north across the open expanse of the Mersey estuary you will just see the outskirts of Southport, the home town of Marc Almond; as the crow flies it’s about 7-8miles – Marc Almond however has travelled a considerably greater distance from his roots, to his days at Leeds University and his position as a founder of Soft Cell to the drug fuelled albums ‘Non-Stop Erotic Cabaret’ and ‘Non-Stop Ecstatic Dancing’ from worldwide chart success with the incumbent sensational tabloid tales, to a period of Jacques Brel obsession and beyond to his current revered position as a revitalised modern day torch singer.

My own knowledge of him pre-dates ‘Tainted Love’…I first saw Almond performing as Soft Cell at the 1980 Futurama Festival housed in the now demolished Queens Hall, Leeds – it’s a long time ago, but I recall a grimy post-industrial warehouse that an enterprising promoter had chosen to hold a festival of ‘music and science fiction’ within, other artists included Gary Glitter, Siouxsie & The Banshees, The Bunnymen, Young Marble Giants, Durutti Column, U2, and Clock DVA…The Floral Pavilion couldn’t be further from the grime of Queens Hall; a modern all seated theatre in a once prosperous 19th century seaside town that is fighting to regain the shine once offered by bands including The Beatles, The Rolling Stones and Little Richard – the seats had me worried, as a rule I don’t attend a gig I have to sit at; just doesn’t seem right…

As the capacity crowd headed into the venue, the ushers decked in smart uniform guided people to their seats aided by those low level torches I thought were only every seen in Pathé News footage; contrast this with the sound of Suicide’s ‘Cheree’ wafting over the auditorium PA, a hint of Almonds subversive past…

Almond stepped out onto the expansive stage, accompanied by his band and two backing vocalists – he’s now 57yrs of age though remains lithe, dressed in black, wearing a ¾ length fitted shirt, over tight black jeans and Cuban heeled boots before launching into a selection of tracks from his current album ‘The Velvet Trail’ (LTW Review) an album that wasn’t supposed to exist, Almond having announced his 2010 ‘Varieté’ would be his last recording to feature his own original material; I was immediately struck by the strength of his voice, ‘Minotaur’ is a rich electronic masterpiece, deep cavernous bass, celestial synths accompanying Almonds impassioned delivery – Almond commands the stage, he has learnt his craft, every movement considered as he digs deep to not just sing the song but to present it, similarly during 80’s derived ‘The Stars We Are’ from his ‘Treasure Box’ album, Almonds swirls with the melody, as cascades of light crash from the enormous mirror ball; again Almonds voice is what impresses most, clearly he has written material that is best suited to his unique tone and is now running with the result…Almond is the consummate showman, a throwback to the pre-rock ‘n’ roll performers, he invests every sinew into a genuinely passionate performance from both encouraging his audience out of their seats, to playfully scolding those repeatedly calling for ‘Bedsitter’…”I don’t do requests…dahling” before treating us to ‘Variety’ as he sashays across the stage, pausing to click his fingers in time to the accompanying video – even such a simple action is delivered with panache; Almond is clearly enjoying himself, and as track concludes he jokes about his and the audiences age “I can’t cope with these all singing and dancing shows” before pushing himself into the oozing sexuality of ‘Demon Lover’ – and when Almond invite you to be his “demon lover” you just know he means it; the audience respond, initially in small pockets but as the song builds so does the crowds energy, the entire place is up and moving. As the song concludes Almond again bucks the norm; most live artists would drink from a bottle of lager – Almond theatrically sips from a china cup! 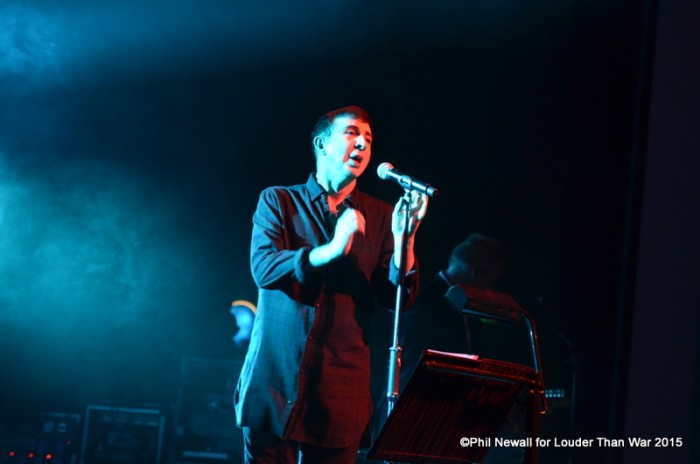 The calls for ‘Bedsitter’ continue, Almond dismisses them with a flick of his head at which point the stage is washed in blue light as ‘When The Comet Comes’ returns us to ‘The Velvet Trail’ and onto ‘Scar’ with its intriguing piano refrain, a truly emotive song, you can see the sincerity in Almond as he pours his heart into the track showing a warmth to Almond I had previously been impervious to; after such tenderness it was only right to end the night on an apex, and the distinct synth pulses of ‘Bedsitter’ caused the crowd to erupt – it was like a time machine to the TOTP Studio, its October 1981 and Soft Cell are riding the furore of the ‘Sex Dwarf’ scandal – sadly Almond hasn’t performed that one since the mid 90’s.

The night ends with ‘Tainted Love’ – I guess it couldn’t have been any other way, Almond is perched on a bar stall, arms raised swaying from side to side, stark white lights probing the riotous crowd who are drowning out his voice, Almond responds by abandoning the microphone and heads to the front of the stage to mingle with the crowd.

It’s hard not to gush, but Almond was incredible, he turned what is normally a sedate provincial venue, populated by an audience nearer to their pension than a dancefloor into a ball of excitable born again teenagers.