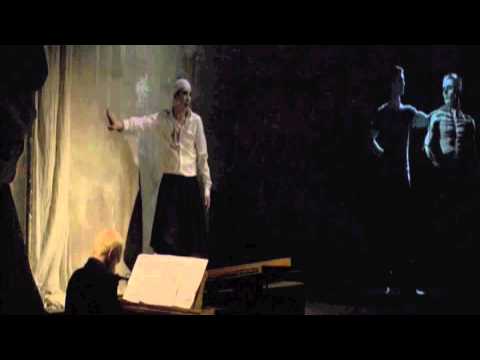 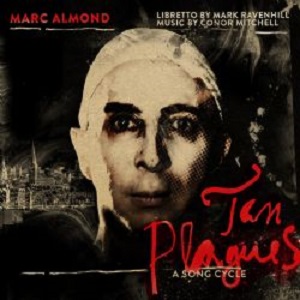 With Ten Plagues anyone expecting Marc Almond the solo pop artist or one half of Soft Cell will be sorely disappointed. Any fan of Marc Almond and his brand of ‘baroque Goth’ as the Mamba or Willing Sinner will no doubt wallow in the albums sheer brilliance and uniqueness.

Perhaps summed up by the strapline “in London came the plague in 1665, one hundred thousand dead but I alive”, Ten Plagues is a piano and voice song cycle stretching over seventeen tracks and an hours’ worth of listening pleasure.

After watching a production of Mother Clap’s Molly House at the National Theatre nearly ten years ago, Marc approached the man responsible, playwright Mark Ravenhill to express his enjoyment of the production. Now, with the help of composer Conor Mitchell, Ravenhill has composed Ten Plagues especially for Almond.

Set in the year 1665, the song cycle articulates London in the vice-like grasp of the Great Plague as people drop like dead flies around a stayer. Articulating often distressing words, Marc perfectly sets the scene and situation for a heart-breaking tale of lost love, friends and lucidity as he is forced away from others who are not empathic to the situation in which he finds himself.

With strong reference points to the 80s hysteria surrounding AIDS, equivalents can be made to the mass panic and fear that the ignorant displayed. Almond’s voice acts as a second instrument adding tragedy and opera to a dazzling piece of piano work as his life and livelihood fall apart around him. The listener is sucked into the album and can almost imagine being at the scene nearly three hundred and fifty years ago.

Admittedly, it won’t be to everyone’s taste, but Ten Plagues is something rather special by an artist who continues to refuse to be labelled. Marc’s acceptance of the part and his eagerness to make it work has to be hugely applauded, and when listened to as a whole it is completely enthralling.

Available with a DVD of the performance filmed at Wilton’s Music Hall in London (watch The Dream by clicking here), Ten Plagues only improves its appeal and wonderment of a quite astonishing piece of work.