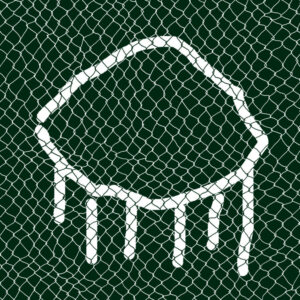 Louder Than War’s Ioan Humphreys has a listen to some lo-fi no wave loveliness from this Leipzig based band of misfits.

Maraudeur were initially a bedroom, lo-fi solo project from Geneva. An all female post-wave band focussing around the interplay between two bass guitars and cheap synths, Maraudeur are now based in Leipzig. Featuring members of Couteau Latex, The Staches, Purpur Spytt, Thee Agnes Muller as well as various side projects along the Leipzig / Paris / San Francisco axis.

At 17 tracks this collection is broad and a gorgeous introduction to this brilliant band. The lo-fi delivery and recording seems to be a slight inconvenience to this band. They have big ideas; big sounds and an attitude that I bet hundreds of bands could tap. Each track is a masterpiece in its minimalist execution of the instruments and the ‘phoned in’ vocals.

None more so than with lead track Bad Morning which is replete with its minimalist drum beat, throbbing bass line. The attitude seeps through, but it’s the laid back and laconic vocals that draw you in and you know the band mean business.

Seemingly taking influences from British synth and the dancier side of the New York No Wave scene, Maraudeur’s drum machines, real drums, synthesisers and bass are all utilised along with found sounds to create an infectious form of blown out, polyrhythmic wave music that is as pop as it is avant-garde. This lot have an attitude that pervades and a broad range that takes in lots of influences, but leaves them with a sound of their own. I can’t recommend this band enough to be honest. A breath of fresh air in an increasingly over produced mire. Less is definitely more. Listen to Maraudeur today!

Recorded in 2015, Maraudeur + Maraudeur is the first two cassettes, remastered and offered for the first time on limited edition vinyl, in hand printed sleeves.

Maraudeur can be found via their label, Bandcamp and their label tweets as @MaternalVoice