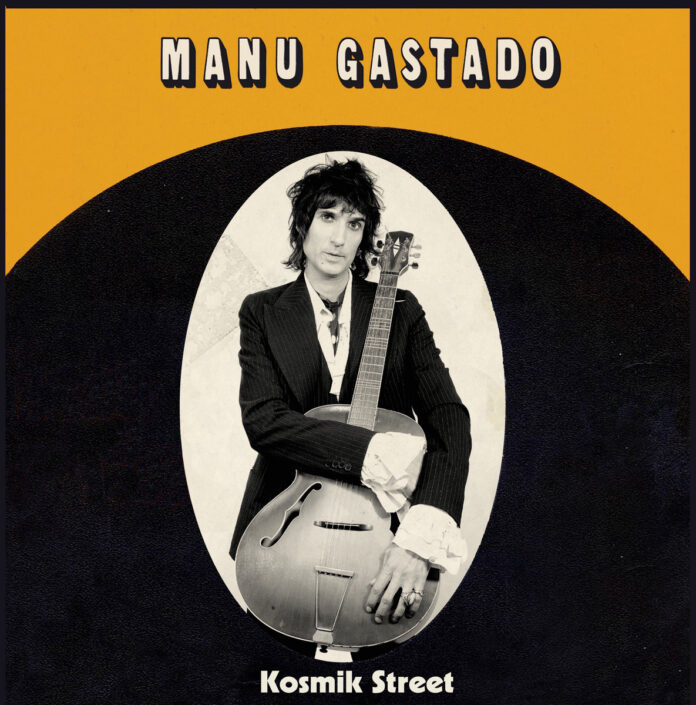 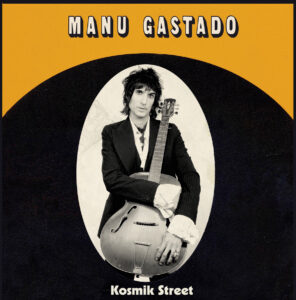 With his usual band, Los Tupper, Manu Gastado has made a name for himself as a great songwriter on the Spanish scene. Now, after decades as part of the group, he has released his debut solo album, Kosmic Street. The name fits perfectly as he blends a softer, more blissful sound of classic sidewinding ’60’s psych, less indebted to the Stones than his usual vehicle, and more in keeping with the late-Beatles and Small Faces.

He opens up with the wonderful New Rising Sun. It conjures up that exact feeling, a new day dawning, light cracking through the curtains and bringing with it a feeling of optimism. It recalls the Fab Four’s Across The Universe as it wisps along. While he may be mining more influences, the grooving and bouncing rhythms that he purveys in Los Tupper are not pushed completely to one side. They rock up in the infectious beat and melody of Carolyn, one of the stand-out tracks on the album. It’s got a real honky-tonk vibe that seeps right into your bones and moves you from within. Madonna’s Dream and Miracle Love double down on it to great effect.

That said, on Kosmic Street, he really shines when delving the heavenly vibes, such as on Kosmic Overdose. The video, with a deftness of touch, reinforces the otherworldly sensation as the mellotron glides beneath the surface of the acoustic guitar. He pulls it all together perfectly on Moonlight Girl, another highlight on an already very strong album. On The World Keeps Turning he blends that lighter side onto a canvas that allows the song to soar skyward. He’s also, throughout the record, drawing on his previous work as a collaborator with Dave Kusworth, with whom Los Tupper recorded the album Throwing Rocks In Heaven.

On his debut solo record, Manu Gastado has stretched his wings to bring together a fantastic album that drips in the sounds of the past. It’s one to play over and again as the nights draw in, spreading warmth from within.