Home Music Reviews Album Reviews Manic Street Preachers: This Is My Truth Tell Me Yours – album... 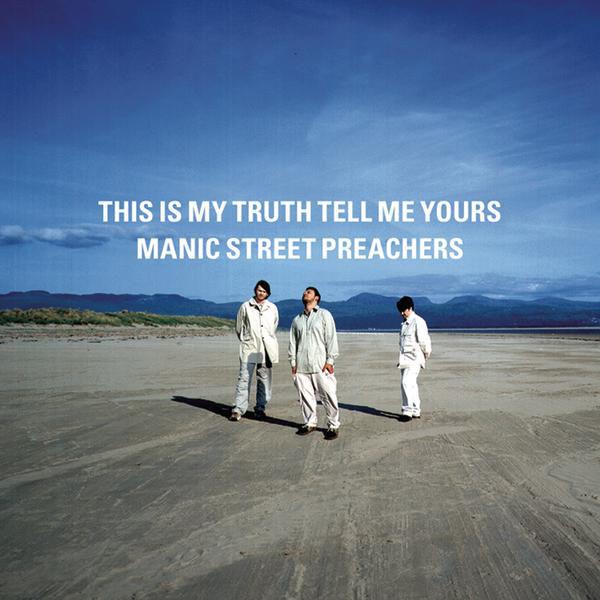 THIS IS MY TRUTH TELL ME YOURS

The anniversary reissue/remaster/expanded version of a classic album from a band whose performance in Cuba inspired Fidel Castro to utter the immortal words that gave our website its name.

“When you’ve been in a band for as long as we have, almost every day it’s an anniversary of something,” as someone once said in a recent issue of PROG magazine.

For the Manics, This Is My Truth Tell Me Yours  was the album that marked a change of direction from explosive and angry to more melodic and restrained yet retaining but re-channelling their passion. It also marked an expanding sound with  a greater emphasis on a widescreen production. Maturing some might say. BRIT awards  as 1999’s Best British Band and Best Album plus accolades from NME and Q symbolise  This Is My Truth… as a landmark record.

It’s also one of those albums that has earned the label of an album classed  defining the period with a confident and classy swagger. Aside from the usual packaging shizzle that comes with the fanfare of these anniversary reissues, the musical content  opens up with the album remastered; one that Nicky Wire has recently called “a deep and heavy album for one that was so big” before commenting on the holy grail  of managing to both push the limits musically  and achieve commercial success. Four  hefty singles – If you Tolerate This The Your Children Will Be Next (that possibly defined the album), Tsunami, The Everlasting  and You Stole The Sun From My Heart – reinforced the mass appeal and engage with previously untapped territories, much like classic albums have the capacity to do.

A second disc follows the same line as the main album that we know so well, but in the form of demos and live rehearsals of each track together with Nobody Loved You that hints at the absence Richey Edwards and appears as a raw live  take.  While it’s interesting to hear the product without the final studio production polish

Many will be familiar with the B sides of the era and the usual tendency towards remixing in the latter days of the 12” single  were almost obligatory. Of more interest in the  third disc of the set in particular is the Massive Attack If You Tolerate This… remix. The metallic hit of Montana/Autumn/78 gives a glimpse into the The march of the stern rhythmic throb generates an alternate futuristic vision; essential if you’re unaware and in sharp contrast to the cool groove of the David Holmes remix. The Mogwai mix of You Stole The Sun… offers an ambience in its adventure and Stereolab’s Tsunami is a real jolly little vibe. Some way removed from the desolation of the closing  S.Y.M.M. of the main album.

In a nutshell, this set provides the most  definitive period document of the band’s acceptance and conversion to mass appeal. It might have softened the edges and lost the Manics some of their devoted early supporters as they moved into a new phase and set themselves  up for a  Richey Edwards-less future.

If You Tolerate This Then Your Children Will Be Next: