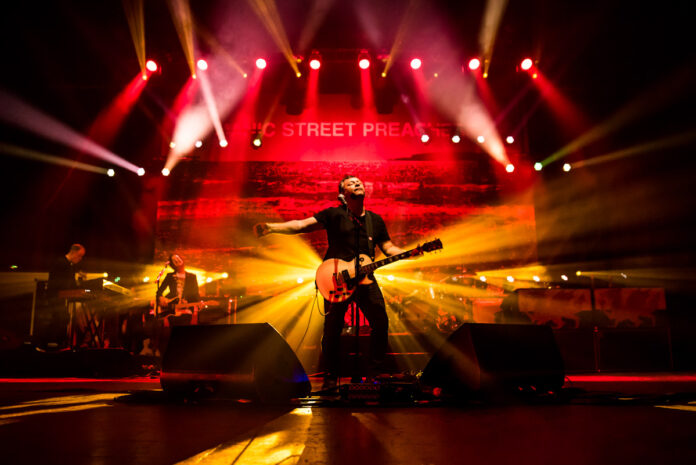 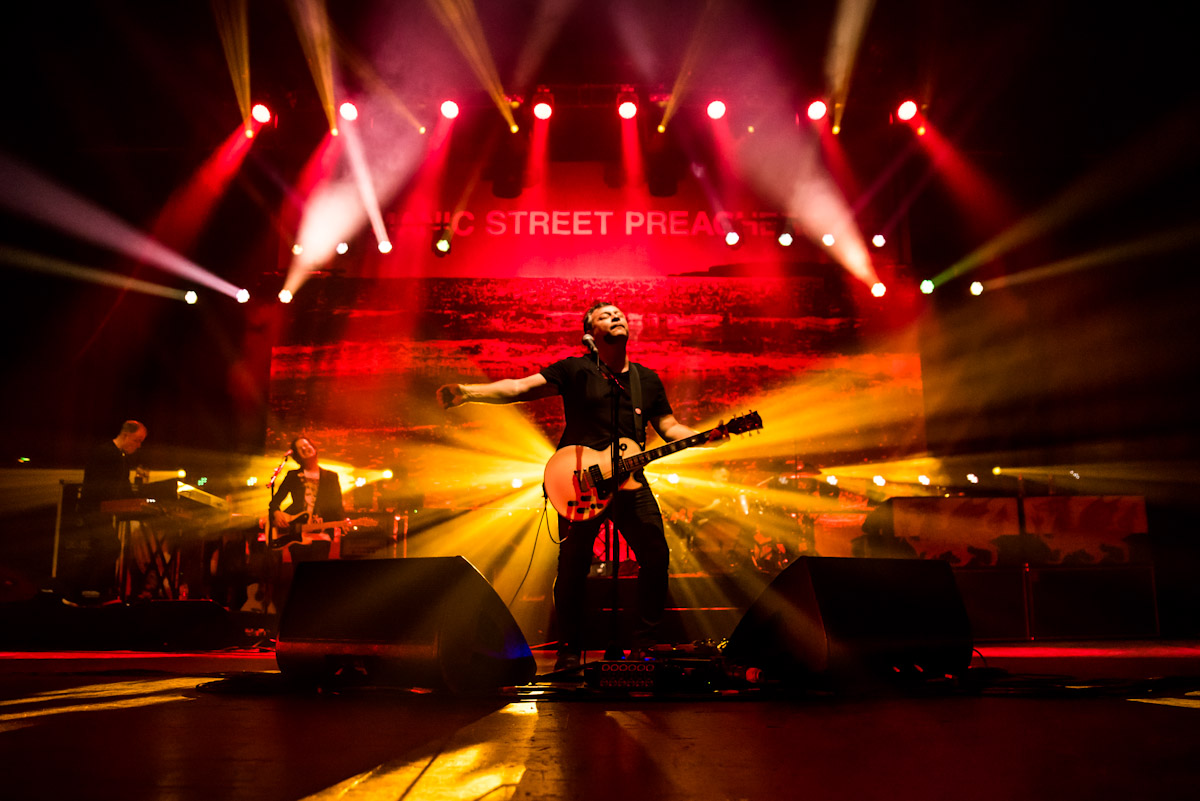 After 35 years, 14 studio albums and countless accolades, you’d understand if the Manic Street Preachers decided to dial down their stage show a little. If anything, James Dean Bradfield and co seem determined to push the energy levels even higher than ever.

During a 20-song, hour-and-a-half jaunt through newest releases and greatest hits at Portsmouth Guildhall, the Welshmen are a relentless blur of energy as they complete the ninth show of their 15-date UK tour that culminates at Wembley Arena on December 3. What is perhaps more impressive is that the album they are touring in support of, The Ultra Vivid Lament, is their first number one record since 1998’s This Is My Truth Tell Me Yours.

Opening with Motorcycle Emptiness is a strong statement of intent, but when you possess the back catalogue that the Manics have, it’s something you can pull off no problem. With JDB Supported by bassist Nicky Wire, drummer Sean Moore plus touring members Wayne Murray and Nick Nasmyth, the quintet breezed through the decades, from 1992’s ‘Generation Terrorists’ to the latest LP, with effortless ease.

The Welsh outfit happily mix up their setlist, dipping in and out of the new release while ensuring the audience receive a regular diet of classics. Bradfield still drives the band with relentless and enthusiasm and retains that easy connection with a sizeable crowd drawn mostly from his own generation, while Wire intervenes mid-set to recount his memories of playing ‘Portsmouth Polytechnic in 1991’. 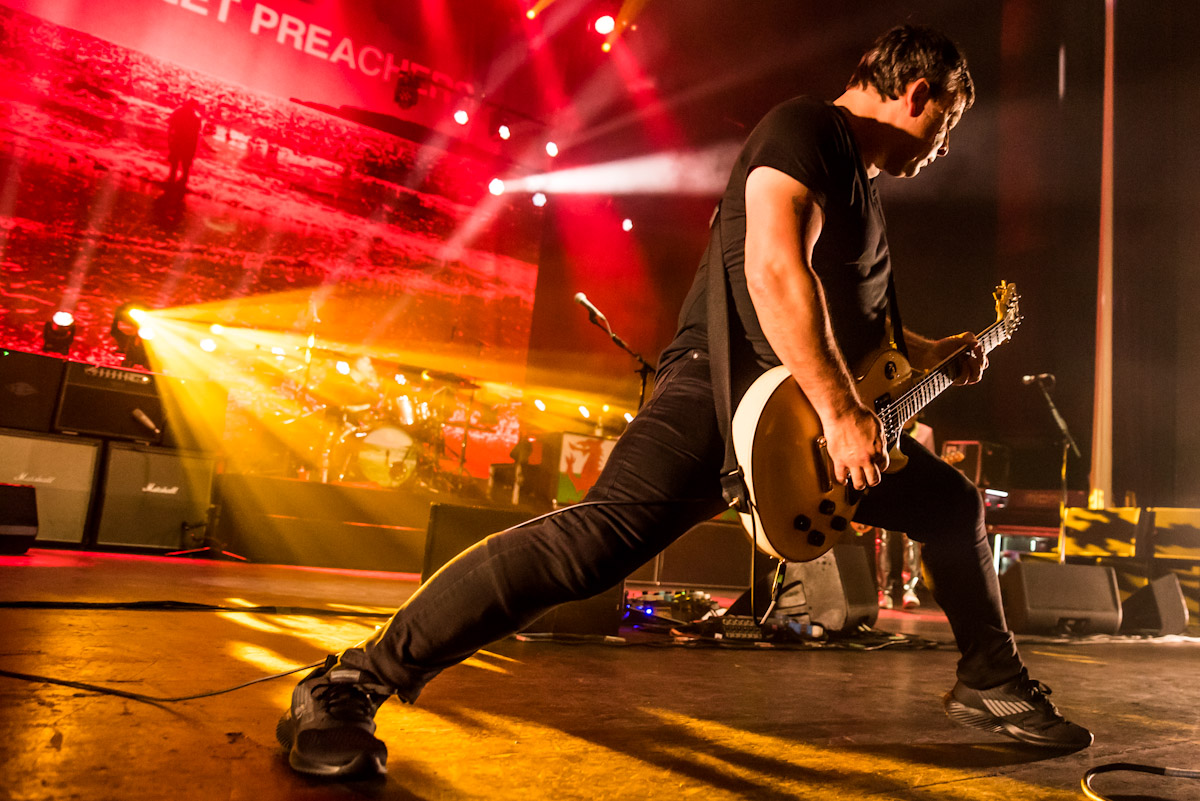 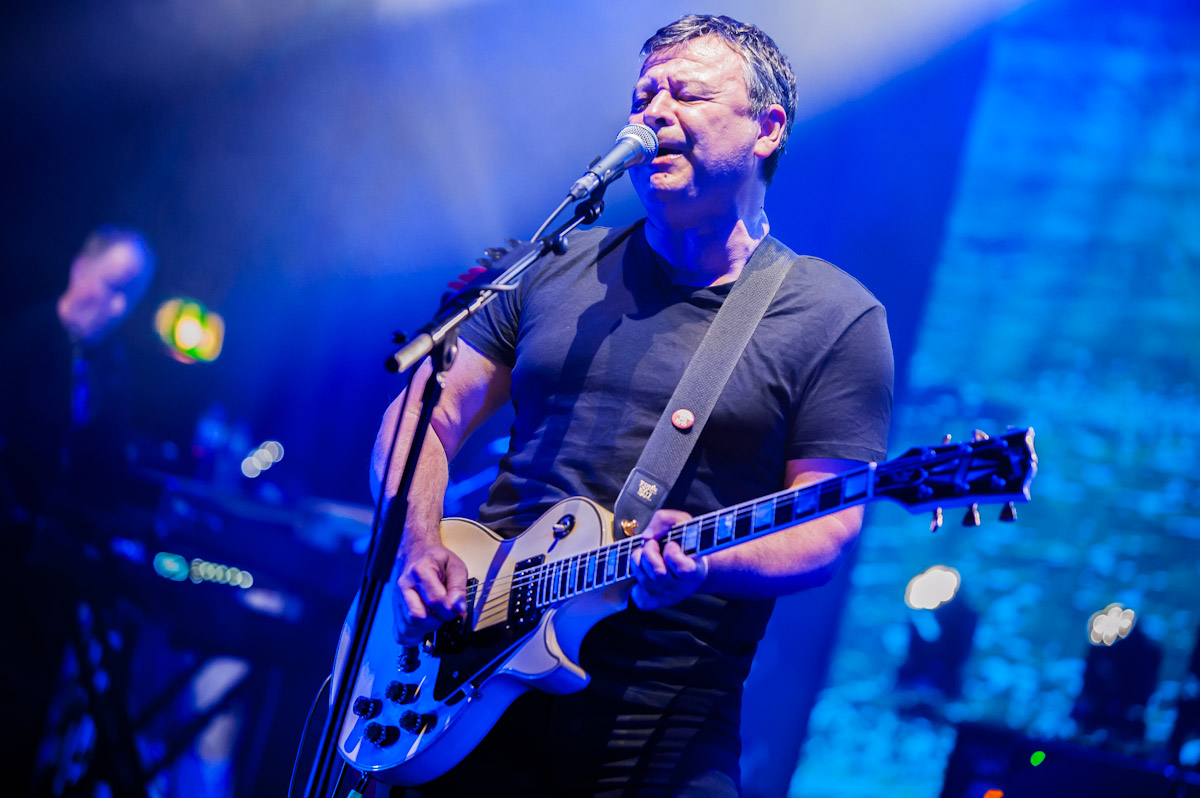 If anything, the south coast crowd had been a little slow to buy into Bradfield’s infectious energy. That all changed the moment the opening strains of ‘You Stole The Sun From My Heart’ rang out around the cavernous Guildhall. The band just have such a well-worn groove, there’s barely a string or note out of place as they sail through a setlist that incorporates a stunning acoustic rendition of La Tristesse Durera (Scream to a Sigh) from JDB then an excellently fanboy-ish cover of Sweet Child O’ Mine. They also pay a touching, understated tribute to Richey Edwards, a reminder of the tragedy that runs through all the many triumphs of this band.

There is still time to close with the still-spiky A Design For Life, the crowd gleefully chanting the chorus back at the band, as they close out yet another flawless performance.

You can find Manic Street Preachers online here.
All words by James Ayles. More writing by James for Louder Than War can be found at his author’s archive.

More writing by James for Louder Than War can be found at his author’s archive.