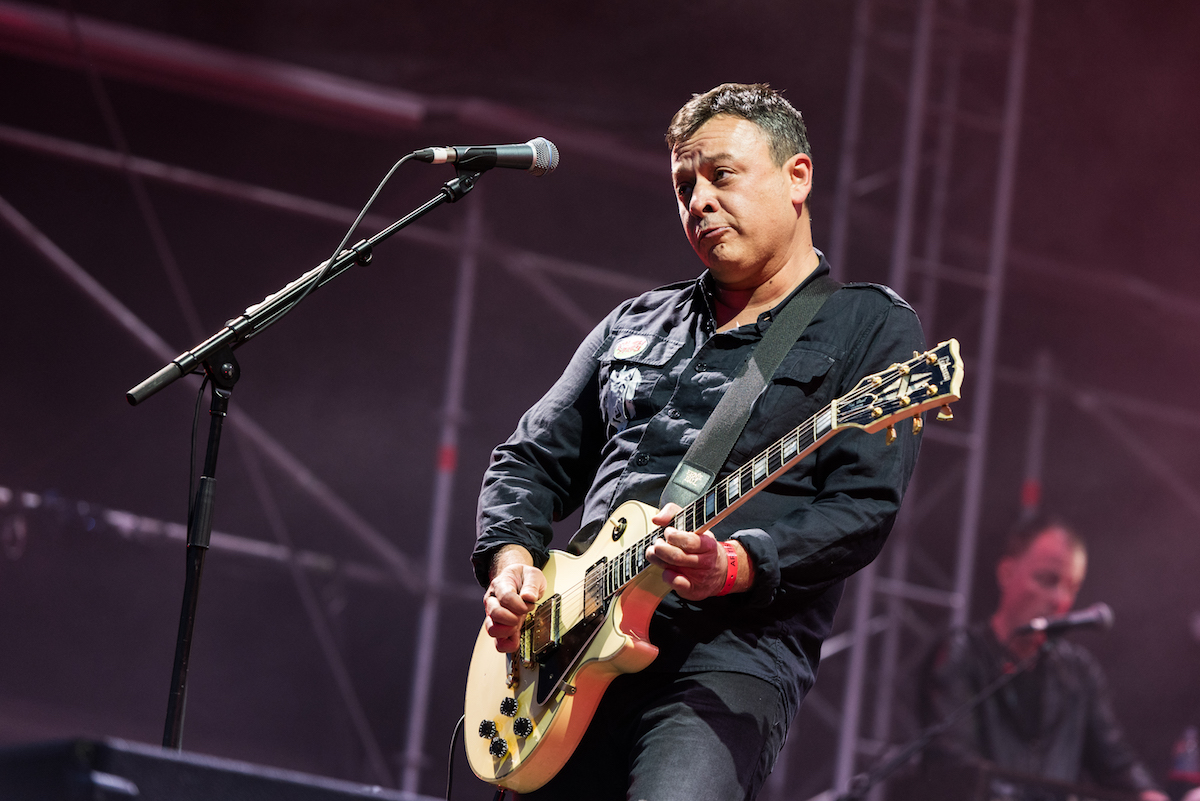 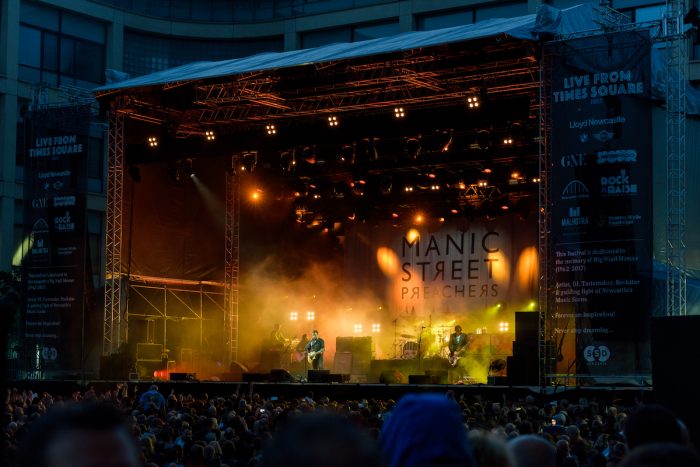 An incredible line up topped off by one of the finest bands around as the Manic Street Preachers play a hit filled set at Times Square!

To say that this years Live From Times Square has been an absolute triumph throughout would be something of an understatement. However, they appear to have saved their best line ups until last, today we’re compelled to brave the changeable weather conditions and get down early in order to catch the brilliant Dream Wife. They take to the stage in the blazing sunshine and set about the crowd from the off. 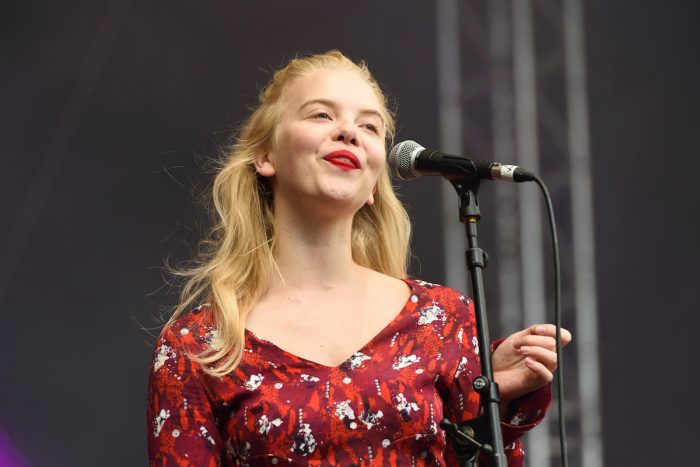 A slew of excited and passionate tracks followed lead singer Rakel stalking the stage with her powerful vocals ringing out across the square. Their individual brand of garage rock is the perfect opener to this exceptional line up, the likes of Hey Heartbreaker and Lolita go down particularly well. The bands swagger and attitude permeate the crowd, their energy is infectious and in spite of the huge downpour during their set it fails to dampen anyone’s enthusiasm.

Fortunately, it was just the one downpour and the odd light shower but that didn’t deter Public Service Broadcasting, with their brass section providing the dance moves. It was both part history lesson part disco, as they open up with The Pit, its not the most energetic of starts but the likes of Night Mail, Spitfire and Gagarin all make up for that. The focus is on new album Every Valley, which seems to translate well into the live arena. It’s a really upbeat set that appears to captivate the audience as it continually grows. 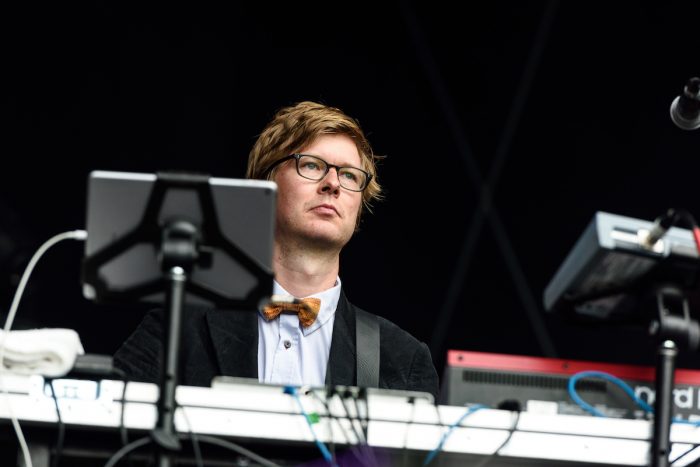 The latter part of their set sees them joined by a space man and their brass section continue to be the star of the show with their synchronised dance moves. The Cribs on the other hand don’t need any dance moves to get this crowd going, as Ryan Jarman stands in the centre of the stage jeering at the crowd before they’ve even started. Today The Cribs are in visceral form as Jarman throws his mic around the stage, it’s a set packed with some of their most loved tracks.

The likes of I’m a Realist, Cheat On Me and Men’s Needs are all welcomed with open arms today, but from a personal point of view the inclusion of Hey Scenesters! made their set that bit more exciting. They aired two new tracks from 24-7 Rock Star Shit both of which fitted perfectly into this raucous set, the perfect way to warm up for the Manic Street Preachers. 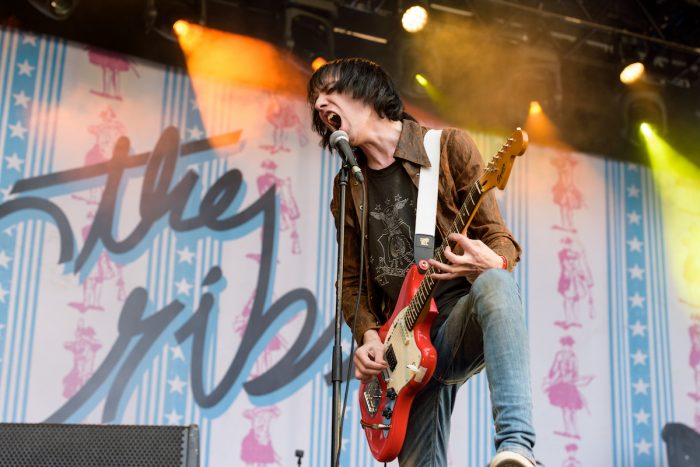 Manic Street Preachers pick up The Cribs momentum from the off with a rousing rendition of Motorcycle Emptiness, as well as an early appearance from Your Love Alone Is Not Enough. It’s a passionate set from the Welshmen and no holds barred set packed with all of the bands greatest tracks, as they feed of the crowd’s enthusiasm. There is a real buzz in the air compounded by the streamers that fill the air mid set during If You Tolerate This Then Your Children Will Be Next.

However, this is only the middle of a set which had seen the band play the likes of Kevin Carter and You Stole The Sun From My Heart, but the Manic Street Preachers kept turning the screw and taking it to another level. The renaming of Tsunami to Toon Army for one night was a brilliant touch, You Love Us sent the crowd into an unbridled frenzy as did a stripped back rendition of The Masses Against The Classes. 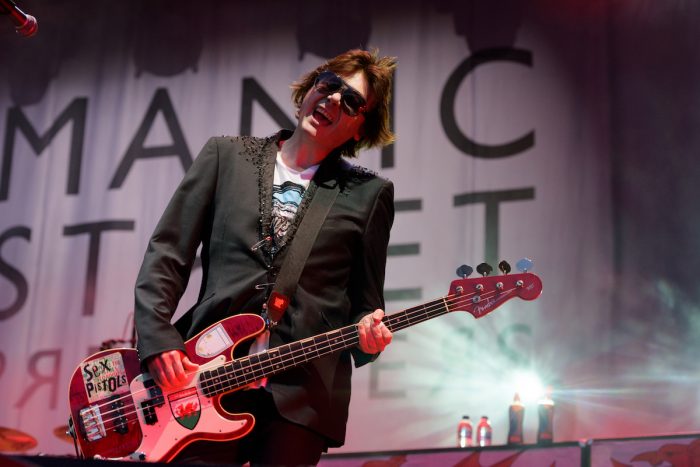 It falls to Design For Life to see the release of the confetti canons and bring a close to an incredible show, the perfect way to end a near perfect set. The Manic Street Preachers tonight are in almost untouchable form, there must have been something in the air tonight as all of the bands put on incredible sets. Yet the Manic Street Preachers eclipsed them with an epic headline set!