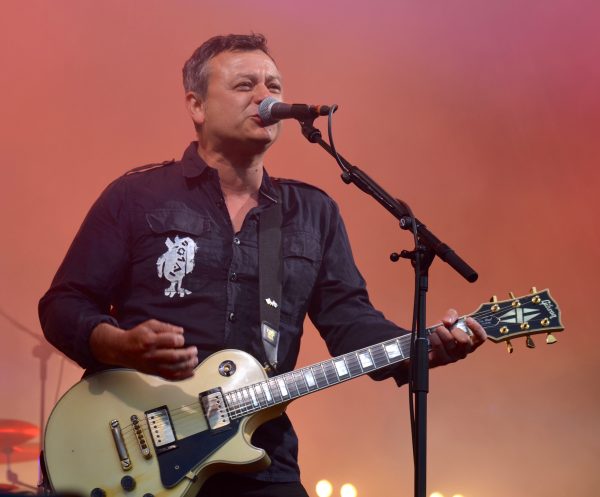 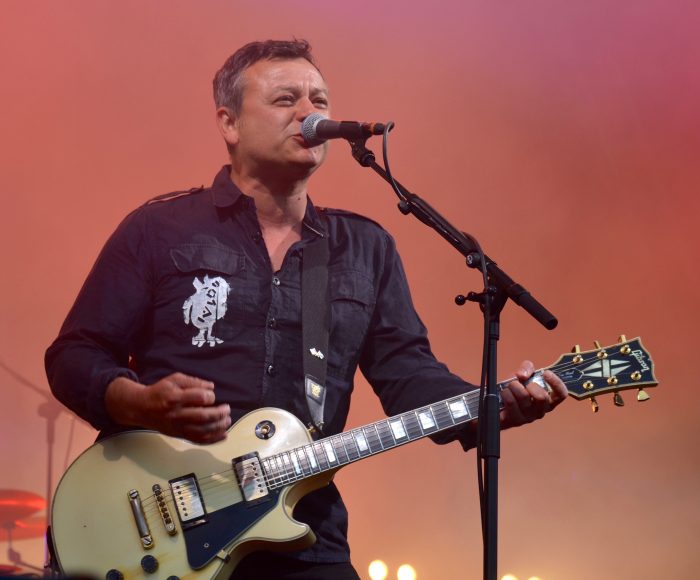 Manic Street Preachers play their first gig of 2017 on the second night of Bristol’s summer series of outdoor gigs, located by the city’s floating harbour. A strong Manics-approved supporting line up comes from Wales’ the Anchoress and Brighton cult favourites British Sea Power. Tim Ellis reports for Louder Than War.

The evening gets off to a quiet start as Catherine Anne Davies aka The Anchoress showcases tracks from her debut album, Confessions of a Romance Novelist, co-produced by Mansun’s Paul Draper. The sound and crowd builds throughout the set as she confidently brings the music to life from behind her keyboard whilst her backing band help deliver a fuller sound. 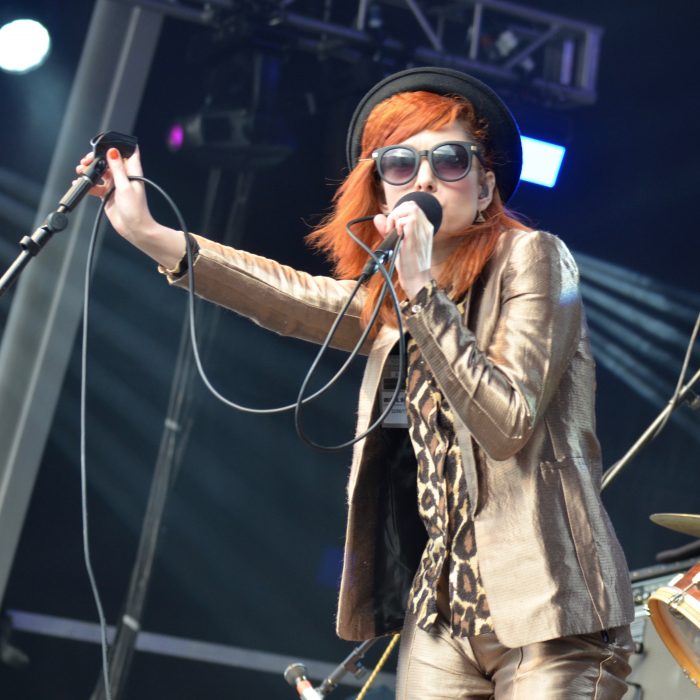 The second act of the night, British Sea Power deliver a strong and consistent set of emotive indie rock proving that they could well be the UK’s answer to The National. They get a good response from the crowd as their dancing bears find it hard to compete with Bristol legend Big Jeff’s frantic head-banging to fan favourites such as Waving Flags and The Great Skua. The forty minute set is all to brief but proves that the band should be headlining venues of this size but tonight provide a perfect warm up for Wales’ biggest band. 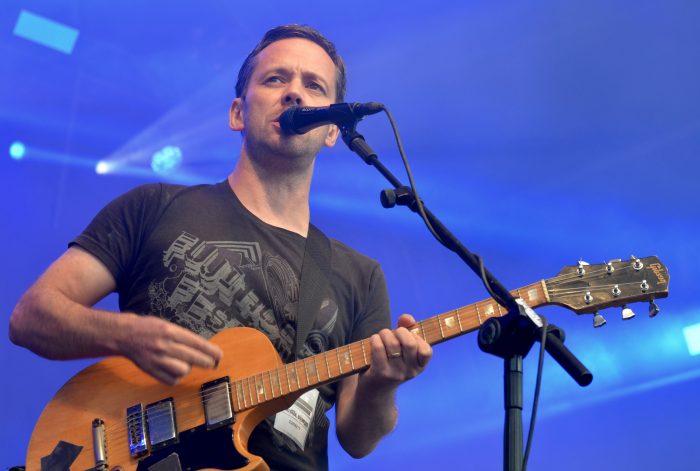 The Manics start slightly late but the set starts strongly with the always epic Motorcycle Emptiness followed by Everything Must Go’s bombastic title track and Your Love Alone Is Not Enough. This sets the scene for a night of singles from throughout the band’s career, which is now into it’s second quarter of a century.

Tonight singer/guitarist James Dean Bradfield does most of the talking as Nicky Wire, the band’s usual mouthpiece stays unusually silent behind his bass. As Bristol is just over the border from Wales, James references sporting rivalries, Massive Attack remixes and all the city’s venues the Manics have played over the years.

The middle aged now outnumber the glam rock teenagers in the audience and the choice of setlist reflects this with a more radio two friendly selection of tracks. This is a bit of a disappointment for those who want to hear something from 1994’s classic The Holy Bible or even Gold Against The Soul. James teases fans with the opening riff to that aforementioned album’s opener Sleepflower but unfortunately the band refuse to play it in favour of Found That Soul from 2001’s under appreciated Know Your Enemy. 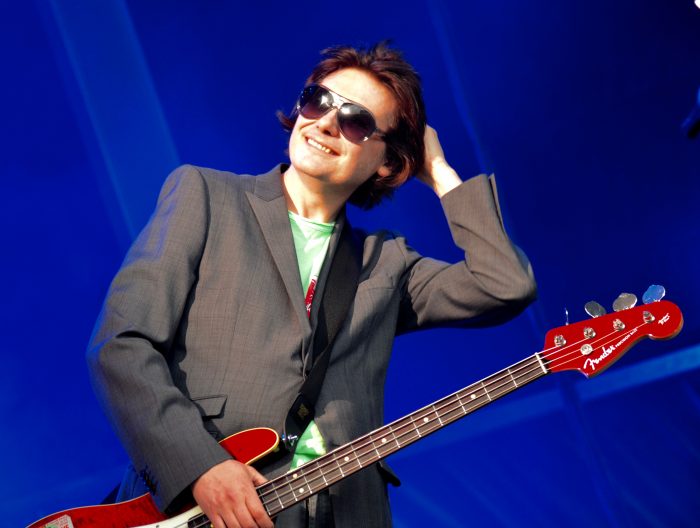 When the band toured The Holy Bible in 2015 casual fans were perplexed and possibly alienated by that album being performed in full, but this time the set pleases the casual listener but disappoints fans of the Richey era. The most Radio 2-friendly single in the bands entire output Show Me The Wonder even makes an airing tonight, introduced as the band’s “wedding reception” moment.

The gig seems a bit short and due to curfew reasons (this being an outdoor gig in the centre of town) has to come to an end but Bradfield apologises and promises the best song in the world; A Design For Life inevitably follows. It might not be the best song in the world but is definitely the best possible closer and provides an emotional climax to an evening that could never satisfy every Manics fan but still had something for everyone.