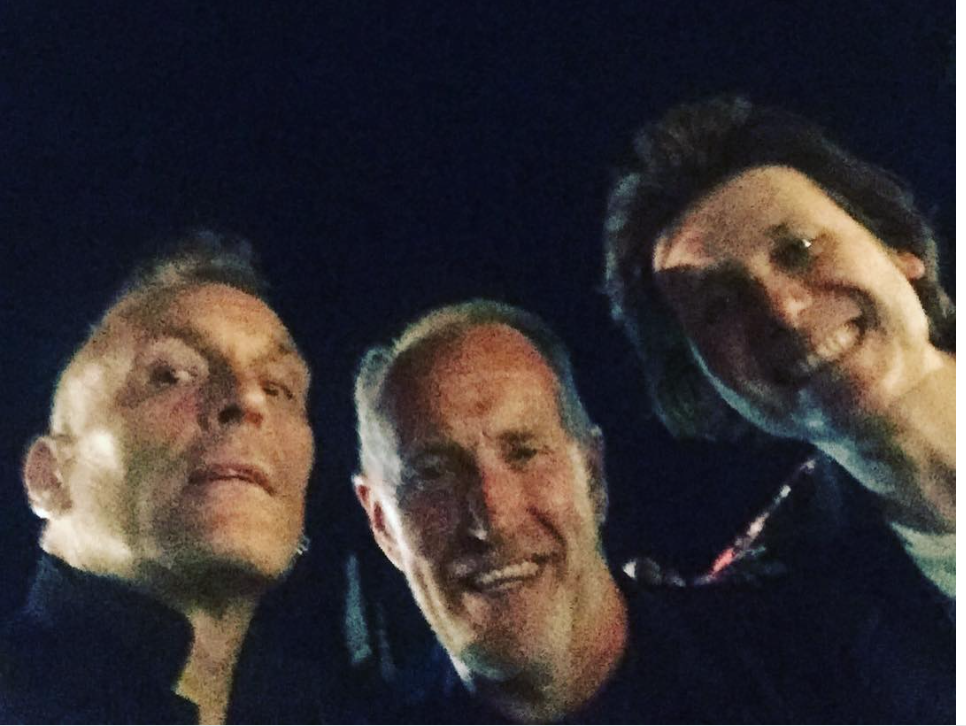 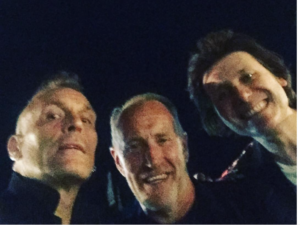 I go back a long way with the Manic Street Preachers.

Virtually to the beginning.

Somewhere at home I still have the letter sent to me by Richie Manic and the first demo.
cIt’s been mighty long way down rock n roll since then with the band’s journey filled with its own tragedy, ambition, poetry and beauty. All these years down the line and they have become respected veterans – something that would have maybe seemed impossible in those firebrand early days if you didn’t sense that behind all the bravado there was a genuine in depth musical talent.

The challenge for any long term band is how to stay urgent and vital.

Before the show James talks to me about his love of Big Flame who compacted decades of musical ideas into a year of firebrand activity before quitting – a brilliant concept from a manifesto band. James would be too modest to admit it but his band have also retained that edge and urgency over decades and many albums. They still sound hungry. They still care about being vital when they don’t have to and they still wrestle with their magnificent contradictions – one part Big Flame sharp[r and angular outsiders and another stadium embracing Guns n Roses juggernauts. It’s this dichotomy with their added pop genius that always fascinates.

Tonight’s heartfelt performance is a show of strength by the band.

This is a jukebox set.

Hit after hit is played with ferocious intensity.

From the classic opening of Motorcycle Emptiness – the song from the debut album that captured all the nuances of the band, they run a whole gat of emotional from melancholia to joy, from heartbreak to celebration, from dense poetry to lyrical turns of phrase. These are vignettes that signpost a generation. Hopes and fears wrapped up in wordplay and melody. James Dean Bradfield maybe an unassuming nervous bundle of energy off stage but in his natural habitat he really is a musical powerhouse. His voice is something else – there is a genuine melodic prowess to what he does – in that way that the Beatles era Paul McCartney did – those flowing and deceptively simple vocal lines that twist and turn joyfully squeezing out each tuneful twist and turn. His voice also has a raucous power that hits the back of the big fields – the Manics were always designed for stadiums and his guitar playing is still the Guns n Roses and the Clash melded into something of his own.

The other half of there band musical wing, drummer Sean Moore, may have reached 50 but is virtually unchanged from these early days when we used to go and see the band play to empty dives as the baggy regeneration recoiled from their gate-crashing off the party in their brilliantly homemade stencil guerrilla gear, kohl eyes and thrilling ambition.

Sean was one of the reasons they could back this up. Richey and Nicky may have been the glamour guerrilla twins with a press-baiting eye for controversy and a poetic intensity but you need the chassis and the wheels to run with the slogans as many other bands have found out to their detriment over the years. He may not be a bear like hulk but Sean plays big.

I have a great spot on the stage, lurking in the back corner just behind Nicky Wire who still throws all the bass shapes like a leopard skin Paul Simonon doing a gonzoid ballet whilst grinning like a Cheshire Cat. Tonight he avoids making the youthful quips about other bands (obviously there has been some sort of truce made with the Levellers as they were once prime targets for his acid tongue – and this is a good thing – in the modern war on culture we need to be allies not enemies as the Labour Party could well do with learning) . He’s also a much better bass player that he likes to let on and his seven foot tall beanpole figure it still the natural charisma focal point of the band who have added extra musicians to their core as well as the powerful voice of the Anchoress for a couple of duets on Little Baby Nothing and Your Love Alone Is Not Enough. She looks like she was born to be in the band out leopard skinning even the Wire and her upcoming second solo album sounds enticing from the description she gave me of it.

Some bands are built to deliver hits. In the world of art rock you have to keep moving but if you have anthems that are part of people’s DNA and you can play them with the fire and brimstone that you wrote them with and like they were recorded last week then a set like this can win on both counts of sounding familiar and future. These songs from You Love Us and Motown Junk’s punk rock shocks to A Design For Life’s huge anthemic polaroid of the real UK to the short sharp shocks of Kevin Carter have lyrically never dated whilst many of the newer songs played tonight like People Give In and International Blue showing that the band are still writing anthems of the now with James cute neo falsetto breaking out in the high points on International Blue reflect the band’s pop heart. A pop heart that understands the tragedy at the heart of Abba is as powerful as the one that stalked Joy Division.

That understanding of the magnificence of pop and melody as a platform for all kinds of ideas and art and feelings. The sheer eclectism of the band’s set is the key to the set – maybe only lacking those dark bleak moments from the Holy Bible which I argue would still work even in the festival context they swerve from James accost. Moments like on Can’t Take My Eyes Off You Or a nod to the Cure inviting them to play their recent Southbank show cover with a cover of In Between Days

It’s a magnificent show and a true triumph and seems a million miles away from those shadowy early days when any positive review of them was met with howls of protest on the music press letters page from people who thought the band was ‘style over content’. I pleaded with the readers then that the content was more than there and in 2018 it’s that content that makes them the biggest headline act to headline this most perfect of festivals and have a seat at the heart of British music culture.