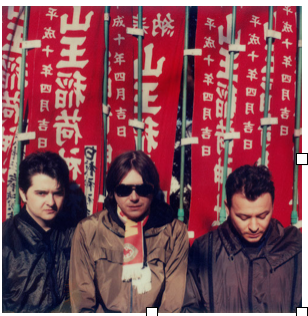 ‘THIS IS MY TRUTH TELL ME YOURS’ PLAYED IN FULL

ALONGSIDE HITS AND RARITIES

On Saturday 29th June 2019 Manic Street Preachers return to Cardiff Castle to play a very special hometown show celebrating their 1998 album ‘This Is My Truth Tell Me Yours’.  The band have previously announced a 20th Year Collectors’ Edition of their fifth album – released 7th December, and a UK tour alongside this gig will round off the celebrations of their biggest album to date.  This year they released their 13th album ‘Resistance Is Futile’ which reached No. 2 in the charts and played a huge arena tour.  The Cardiff show, which will also feature hits and rarities from the bands extensive back catalogue, will have very special guests Sunflower Bean.   Tickets go on sale Friday 30th November – details below.

The ‘This Is My Truth ….”  re-issue is released as a deluxe 3 cd box set, double vinyl edition and digital package the album contains unheard demos and live rehearsal recordings as well as remixes by the likes of Massive Attack, David Holmes and Mogwai.  The album went to No.1 in the charts on its release and stayed in the UK charts for over a year and went on to sell over five million copies worldwide.  It won the Brit Award for Best Album (and the band for best group), and all the big prizes at the NME Awards – Best Band, Best Album, Best Live Act, Best Single and Best Video and the group were awarded the Best Band in the World Award by Q Magazine.   The album was preceded by the group’s first No. 1 single, ‘If You Tolerate This Then Your Children Will Be Next’ – the first, and only chart topper inspired by the Spanish Civil War, and three more singles were released, ‘You Stole The Sun From My Heart’, ‘Tsunami, and ‘The Everlasting’.   Nicky Wire said recently to the NME “I’ve just been listening to ‘This Is My Truth’ a lot. It’s such a deep and heavy album for a record that was so big. It just makes you realise that you can push the limits and have success.”
Live – 29th June 2019 – Cardiff Castle