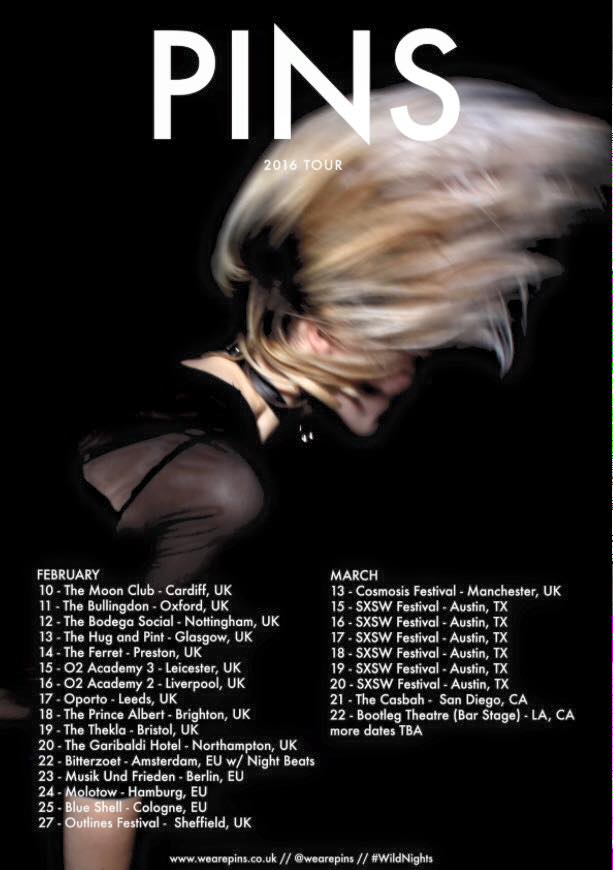 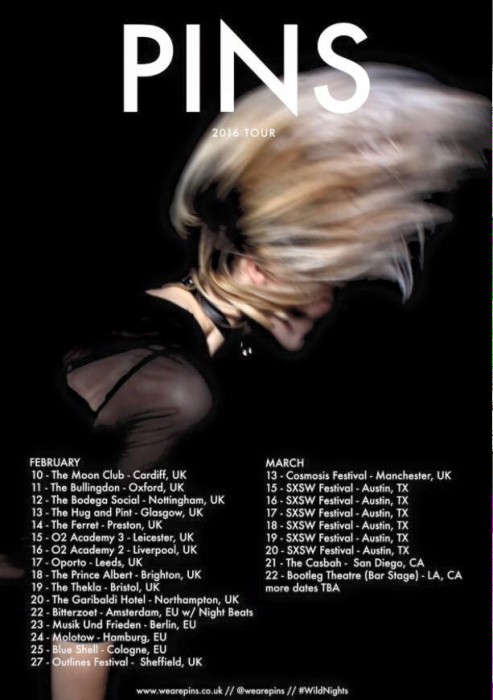 In order to fund a trip to this year’s SXSW festival, Manchester four-piece PINS are launching a series of Ebay auctions at 6pm tonight, and fans will have a chance to bid on various “rare items and experiences”. Rather than the usual array of ephemera occasionally auctioned off by bands, PINS are selling stuff that will really appeal to collectors.

“We’ve decided to auction off some of our treasure in order to fund the trip. It’s really personal stuff, one off test pressings, actual pieces of the Super 8 footage from the “Dazed by You” video, the original Polaroid from the Wild Nights artwork, lyrics straight from Faith’s notebook! It’s tough to part with this stuff!”

You can watch PINS’ own trailer film about their most original scheme, and head to their official site for a complete list of auctions. Not only that however, but the band have also announced details of their new Andy Warhol-themed club night SUPERSTARS: A Night Celebrating All Things Warhol on Friday 5th March at a secret location in Salford. You can check out the event page on Facebook here.