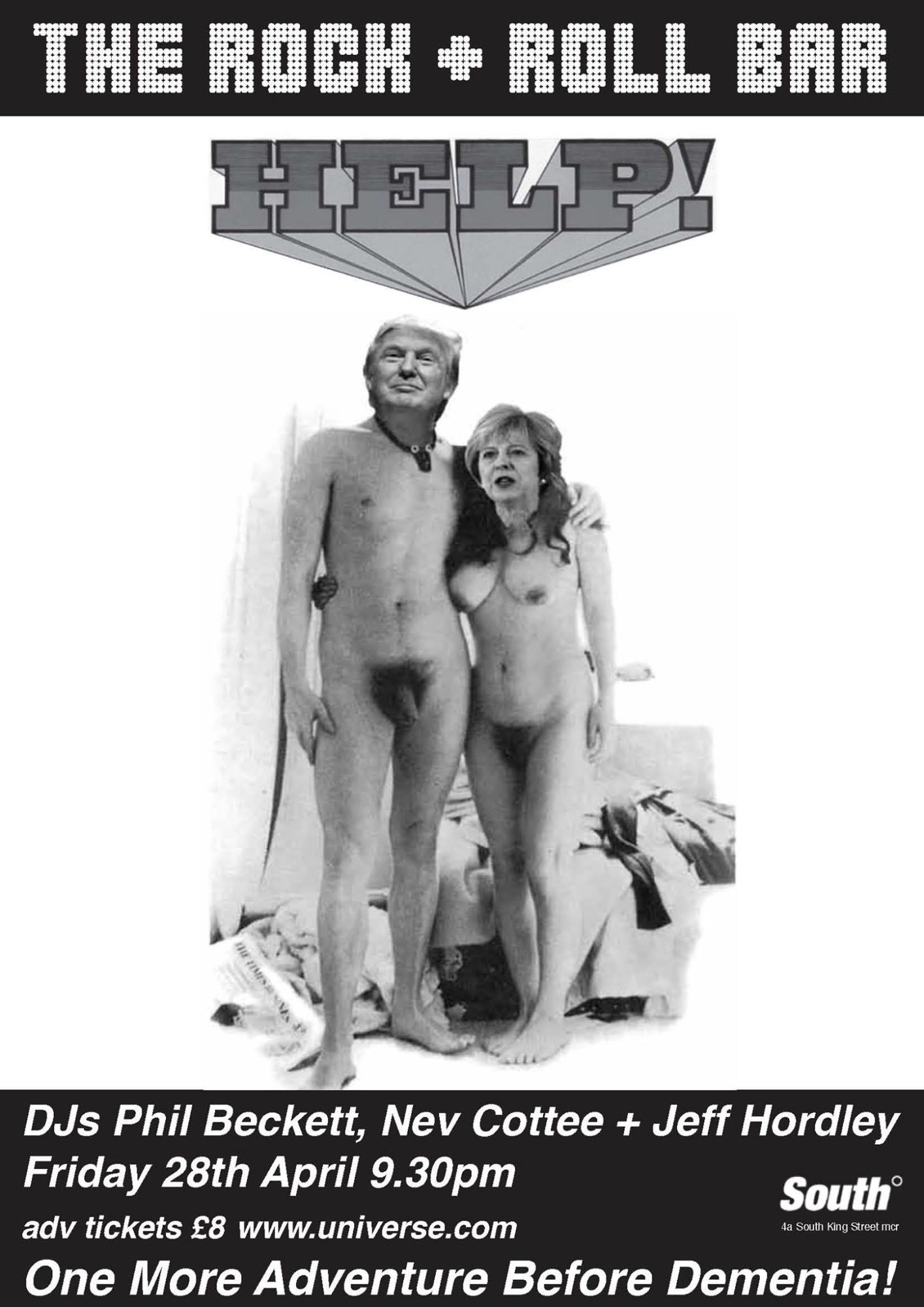 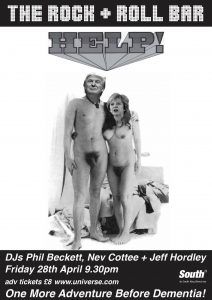 Rock n Roll Bar is back for one more adventure before dementia!

After 20 years of residing in the where are they now file and inspired by Ian Brown’s recent divorce settlement reunion of The Stone Roses , Manchester’s infamous Rock + Roll Bar is back to kick out the jams , drink your beer and stick two fingers up to the Queen for one last time.

all fresh from their respective stints in rehab AA(alcoholics anonymous) NA (Narcotics Anonymous) & EA (Emmerdale Anonymous) will be buying back their old vinyl from the pawn shops to create murder on the dance floor with a heady steady mix of Motown Junk to Shaun Ryder Skunk.

Profits from the night will go to  The Stroke Foundation

Rock + Roll Bar – the sordid past…

Rock + Roll Bar was conceived over 25 years ago as a hangout for the gypsies tramps and thieves of Manchester. Regular guests included Liam Gallagher and Mani from The Stone Roses – Mani later becoming a regular guest dj at the night. After a few short months of opening The Rock + Roll soon became the ONLY place to be on a Friday Night and blagged itself into the aristocracy of Manchester Club Life – a club legend was born.

Sir John Peel
One of the Club’s lasting memory highlights was when Sir John Peel was invited to celebrate the Rock + Roll Bar’s 1st birthday. On the night Sir Peel did what only he can do –plugged in a microphone and promptly took the piss out of the terrible dancing he was witnessing. Genius.

Other highlights include A DJ Sound Clash between Coronation Street and Emmerdale which was won by Jeff Percy – Emmerdale’s Mr Nasty Cain Dingle , who ripped it up big style and earnt the respect of the resident DJS – so much so that they invited Jeff to join them as a regular weekly DJ – Jeff’s inclusion to the resident DJ line up was also welcomed by club management as bar takings were up by 42% when Jeff was in attendance!

After 5 short years The Rock + Bar spontaneously combusted in a spectacular fashion when the police turned up at the club to arrest resident DJ Phil Bad Ass Beckett on charges of racketeering and growing reefer in the DJ Box.

‘You’ll never take me alive, copper ‘Beckett screamed as he high tailed it out the back door into the night, never to be seen again and the club closed its doors for the very last time…. Until now!