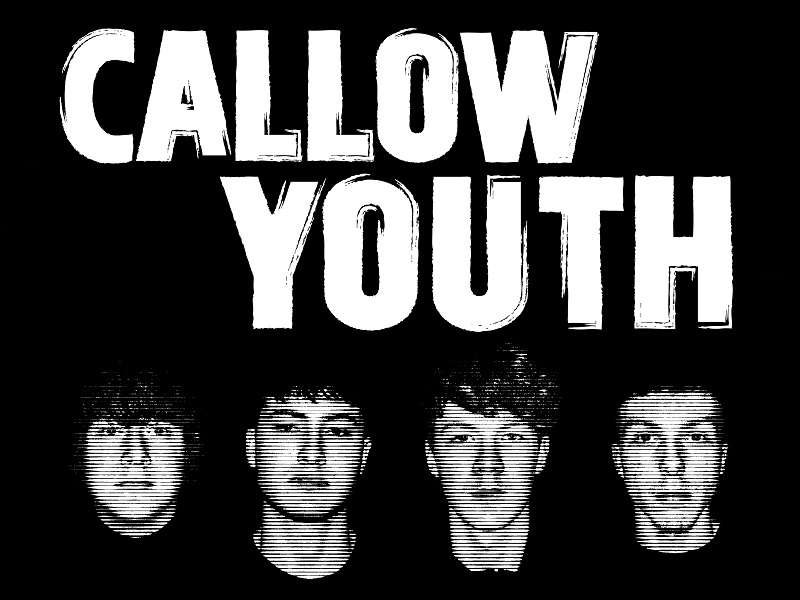 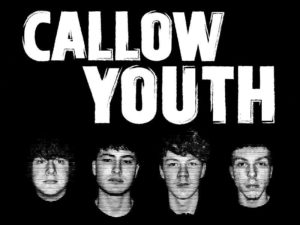 Callow Youth formed just over 1 year ago in April 2017 whilst the boys were still at high school. The band live in the north east of Manchester, a city renowned for its musical output. Have released some stunning debut material the band are due to release further material in 2018 and are due to play further dates in 2018. Matt Mead investigates the band, their history and their future.

Nathan (17) and Connor (18) are from the Failsworth area (the same area where Mani from the Stone Roses originates, as well as Puressence and more recently at least one of narcissus), Alfie (17) and Tom (17) have been friends from primary school and are from the Ashton-under-Lyne area.

Alfie and Tom decided to form a band whilst at high school and approached Nathan, a friend from across town, who was just starting with another band – they persuaded him to work with them instead

Nathan in turn recruited Connor, a Hip Hop fan, as drummer. Connor didn’t play drums at that time, but took up the challenge for his friend and is turning into a fine musician although he does play very loud.

The band did their first recording studio session in January 2018 at Vibe Studios, Manchester, putting down 5 tracks in a one day / 8 hour session with Vibe’s in house producer, Dean Glover. Though these were only intended as demo tracks to assess the bands potential, we think they sound great and so released 3 of them due to demand from their young fan base for something after a long period of nothing (12 months seems an age when you’re 16-18)

The band played their first gig at a showcase at the Witchwood in Ashton-Under- Lyne on 6th May and their second in Manchester on 11th May. They have further dates coming up through June, July, August and September. See here for updates on the bands forthcoming dates.

The response to the digital releases and the Witchwood gig suggested to the band that there was a market for a self-released CD version. Tom (guitar) had produced artwork for each of the songs and we felt that would lend itself nicely to a CD Digipak package, so they put all that in place very quickly and the CD is available to order online at the bands on line shop.

The band are currently writing new material or making new tunes as they put it, whilst fitting in the live dates.

With the band still being very young and 3 of them still in education, they are trying to balance their career progress with maintaining their education and also trying to ensure that they continue to write songs of the same quality as the 3 already released.

The bands current line up is: