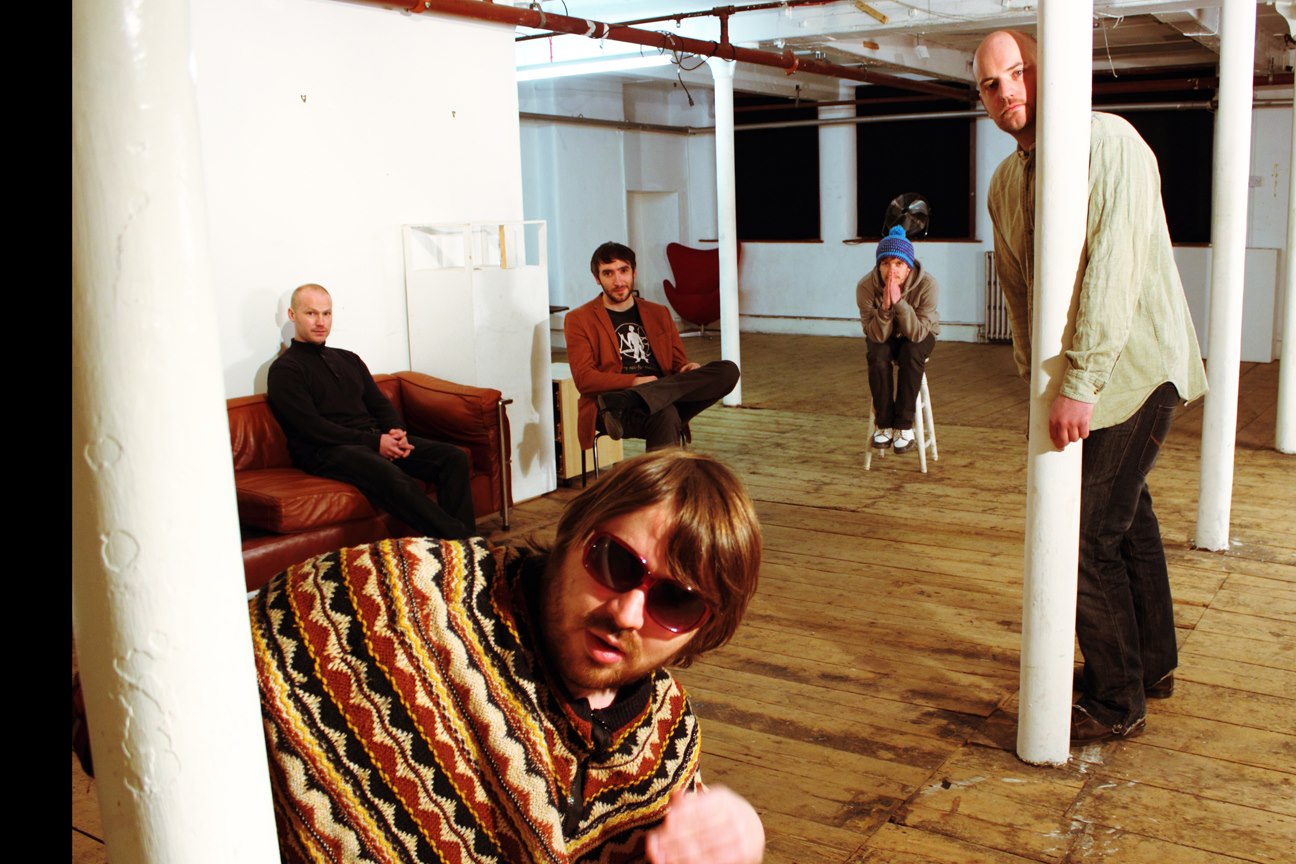 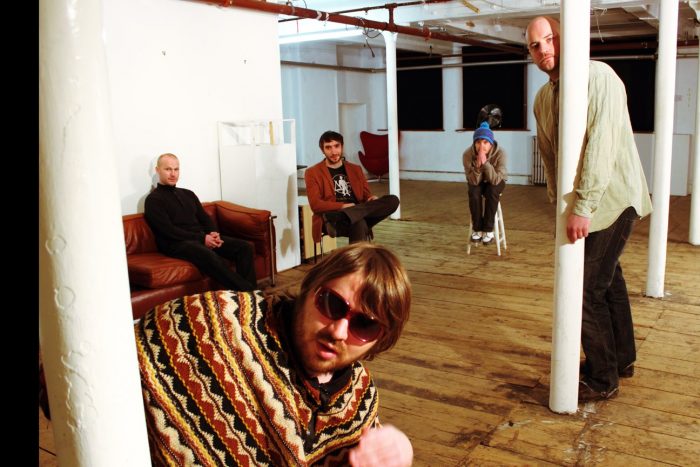 The band, who are firm LTW favorites, have been in existence on the fringe of the Manchester scene for some time honing down their brooding tripped down side to perfection.

The band began in 1999 when they were teenage dreamers. Inspired by Mancunian legends of yore and a contempt for the dying grandees of Brit Pop. “I was out to try and create great music, but sometimes I guess it was art terrorism,” says Nick Alexander.

“We knew we’d have to create our own different world to inhabit. The idea was that the right people would come to us… we wouldn’t have to go to them and force something down their collective throat,” explains Dom James.

In 2007, the band set up their own recording studio 11STSQ in Manchester’s bohemian Northern Quarter. Politburo hosted numerous parties there, quickly earning them an infamous reputation, with bands clamouring to be part of some hazy and spectacular nights.

It was around this time that Politburo members established Kraak Gallery. Seeking a regular musical fix, locals began to regularly turn up unsolicited at the door. Kraak Gallery quickly became a phenomenon in the Manchester underground arts scene and soon attracted national press, also receiving deserved mention in Manchester nightlife notes by Dave Haslam in ‘Life After Dark’.

Upon meeting the band amidst all of this activity, label boss and guru Professor Leonard Skully immediately knew these were the kind of people he wished to associate himself with. In 2012, Politburo released their first album ‘Sally and Prinss Revisited’ through Leonard Skully Records. Around this time, the band found themselves at the epicentre of the Northern Quarter’s burgeoning music scene.

“It was as if we’d populated an entire district. Bars were springing up. Cafes. People had returned to the area, in large part because we invented our own music industry—a venue, a record label, a recording studio,” says Dom James.

The ‘Barrington Way’ album was recorded, mixed and mastered at their beloved studio 11STSQ. For this release, the band was joined by French singer-songwriter Chloe Sancho, who contributed vocals on at least half of the songs, becoming an important part of the album’s sound. “She has a timeless quality, a pained quality,” says Nick Alexander “Her voice is beautiful, like a ghost.”

“We tried to capture how we sound live. But often there’d be something we’d want in there, that would take weeks to create or realise. Crazy schemes, such as getting artist Florian Fusco to come over from Berlin and play the first ever Random Appropriation Synth committed to record. We followed our noses. We never let ourselves be put off by the seeming impossibility of an idea,” says Dom James.

As of August 19, the ‘Barrington Way’ LP will be released on 12” vinyl and digital download via Leonard Skully Records. It is already available for pre-order (vinyl) and will be also a free download on Politburo’s Bandcamp site. The band has also announced a U.K. tour, including the following dates.

“More an epic musical journey than a song, the new title track from the album of the same name by Manchester juggernaut Politburo, is 7:16 of an awesome quasi-concept piece featuring multiple styles from multiple genres that seamlessly meld into a stylistic melodic journey that demands that you see this band in a live setting. Yes, it’s that good.” Jammerzine

“It’s a wonderful collection of psychedelic songs that transport those of us old enough back to the swinging sixties. The band retain enough modernity to make the songs both relevant and quite timeless. With unashamed nods towards early Pink Floyd and Hippy era Beatles music, this is a “fab, groovy and hip collection of far out” songs (OK so the expressions are well dated). Put simply, I love this album.” Beehive Candy

“Politburo have their own sonic vision, which offers expansive tracks with both raw simplicity and polished complexity, woven together in a tapestry of inspired music.”
Floorshime Zipper Boots

“Psychedelic-vibed full-length that travels back in time to the 1960s era, conjuring up associations to various psych, folk, and rock acts, including legends like the Beatles” – Indie Music Review

“Truly original, spellbinding songs, quirky yet charmingly intelligent and fun, darkly tinged… as fascinating live as they are on record” – Narc Magazine

“At the heart of each song is a melodic sense that recalls the heady days of Kevin Ayers-era Soft Machine or mid period Gorkys. Peel back the layers and each component of every track seems expertly placed and a joy unto itself” – Rough Trade