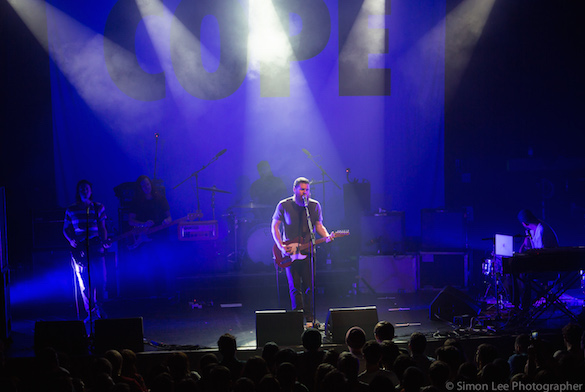 This evening sees one of the finest live bands around play an incredibly intimate show to a packed Newcastle audience. Louder Than Wars Lee Hammond watches on in complete awe.

On a tour which sees them taking in a number of larger venues Manchester Orchestra return to the UK in support of current LP Cope and forthcoming LP Hope. However, this evening seems to be slightly different as Newcastle’s Academy 2 is a much smaller venue than many of the others on this tour, and as such, is subsequently sold out. 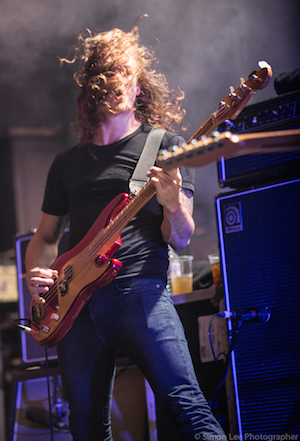 Arriving in the latter part of Bad Books set, it’s a stripped down affair with only Kevin and Andy on stage playing some truly beautiful sweet songs. A perfect warm up for the chaos that is due to ensue any time soon, the packed crowd swoon though, as they serenade a veil of silence cast across this otherwise rowdy crowd.

With only a very short break, Kevin’s back this time with his Goddamn Band, there’s a distinct increase in volume and angst. Devine snarls through this short set, tracks like Fiscal Cliff are pounded out and as the crowd reaches fever pitch, there’s a real excitement flooding the room.There are some slower elements to Devine’s repertoire that show a much deeper side, underneath the brash guitars and harsh drums he proves he’s an excellent lyricist.

As Manchester Orchestra explode on to the stage the crowd are truly warmed through, Pride kicks off this evenings set as they tear through it in their typically brash style. Lead singer Andy Hull pours his heart out on stage, backed by his band of phenomenal musicians, they bound around the stage like over-excited kids delivering some of the best alternative rock around. On record Manchester Orchestra are pretty visceral, but live is where they truly come alive. Tonight’s sold out crowd sing every word back to them and it is a truly special atmosphere.

Tonight is a set filled with tracks from across their back catalogue, there are the obvious guitar filled brash outbursts though, I’ve Got Friends seems to have been stripped back. There’s a true rawness to the song, a real passion exudes from Andy Hull’s face, pausing only for the crowd to sing the chorus back. The slower section of tonight’s set really adds something special to the whole evening; they could have blown us all away with their sheer power. 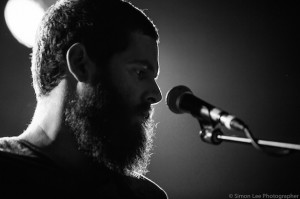 The other most striking thing this evening is Andy Hull’s comedic ability when dealing with hecklers. He dispatches them with relative ease throughout the set, there will always be one person who tries to ruin it but Andy’s responses are just perfect this evening provoking huge crowd reaction toward that one person attempting to spoil it.

As the band exit the stage, we’re left filled with adoration for these guys, arguably one of the best live bands around. A packed room consistently singing every word, they’ve fed off this energy all night and it’s showed. They have an unbelievable rapport with their fans we’re so lucky to have experienced such an intimate evening.

All words and photos by Lee Hammond and all photos by Simon Lee. You can check out more work by Lee by visiting his Louder Than War archive.