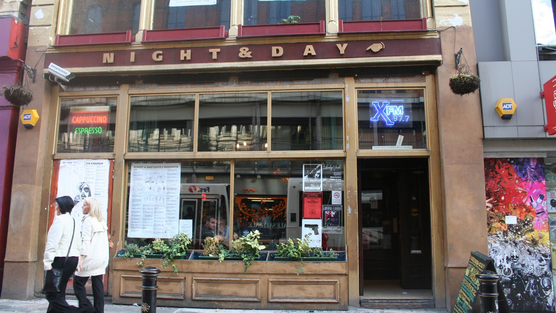 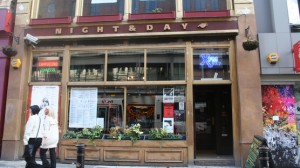 The ongoing noise row concerning Manchester’s iconic Night and Day venue looks set to get messy with the owners facing fines of tens of thousands of pounds or even time behind bars as part of an ongoing row over noise levels.

The venue, as previously reported, was served with a statutory nuisance abatement notice by Manchester City Council last month following a noise complaint from one of their neighbours.

Apparently the venue owners can be fined £20,000 for every continuing breach of a noise nuisance notice – or be sentenced to six months imprisonment – with the complainants alleging the popular live music venue has done so on three occasions.

It looks like the complainants who somehow managed to move into a noisy city centre area and decided that it  was just down to one venue want the council to push ahead with a prosecution, something a town hall spokesman told Mancunian Matters website was not being undertaken at present.

According to the Mancunian Matters website one of the complainants said “The only way forward is if Night and Day is to be prosecuted. That is the only way simple.”

The venue has appealed against the noise nuisance warning and a judge will determine the legality of the ruling at Manchester Magistrates Court on March 6.

If the judge feels that the notice has been issued correctly the council could choose prosecute the bar for breaching the terms – which is a criminal offence.

“From day one they haven’t turned the music down, they aren’t willing to turn it down, we have clarified it with the council that it will be going to prosecution,” added the neighbours.

“We found out this weekend that the fine is £20,000 for each breach committed, which so far is up to three.”

A prosecution can only be brought by the council after the appeal against the notice has been heard.

According to the complainants, there is evidence that the venue disregarded the notice and may face prosecution after the court date.

The residents also revealed they were forced to call the police after seeing threats on Facebook following the bar’s petition to stay open.

The complainant said: “Me and my partner have had go away because it is so stressful, before we went away Night and Day claimed they were going to sounds proof. But they didn’t.

“Manchester will lose part of its musical culture, but I don’t have any sympathy for them because they haven’t complied with the law and they have brought it on themselves.”

Immediately after the notice was issued in January the venue initiated a petition which has gained more than 69,000 supporters online.

Some of the notable names on the petition include Guy Garvey, Johnny Marr and Frank Turner who have been outraged by the council’s decision to apply a notice.

A spokesman for Night and Day said: “We have had phenomenal support from the public, it has been unreal.  We have also had support from famous stars and celebrities which has been brilliant as it shows the impact Night and Day has on the Manchester community.

“It has been going for 23 years and there have been no complaints, up until now.”

The team behind Night and Day Cafe, which has helped launch the careers of bands like Elbow, has revealed plans to further sound proof the venue to prevent a possible closure.

“We are currently sound proofing the venue which is at a significant cost to the business,” added the spokesman.

“It is very unlikely that the venue will be shut down as the sounds proofing should suffice.”

After the notice was issued owners of the iconic bar contacted the neighbours in order to resolve the matter.

The neighbours claim that Night and Day initially offered to pay off their rent and a further £5,000 in compensation if they moved out within three month and made no further complaints, something the venue denies.

The council were unable to revoke the notice after it had been issued, which meant Night and Day dropped the offer.

A spokesman from Manchester Council told MM: “We are continuing to monitor the situation at Night and Day. It is an ongoing process and the council is working with both parties to find a solution.”