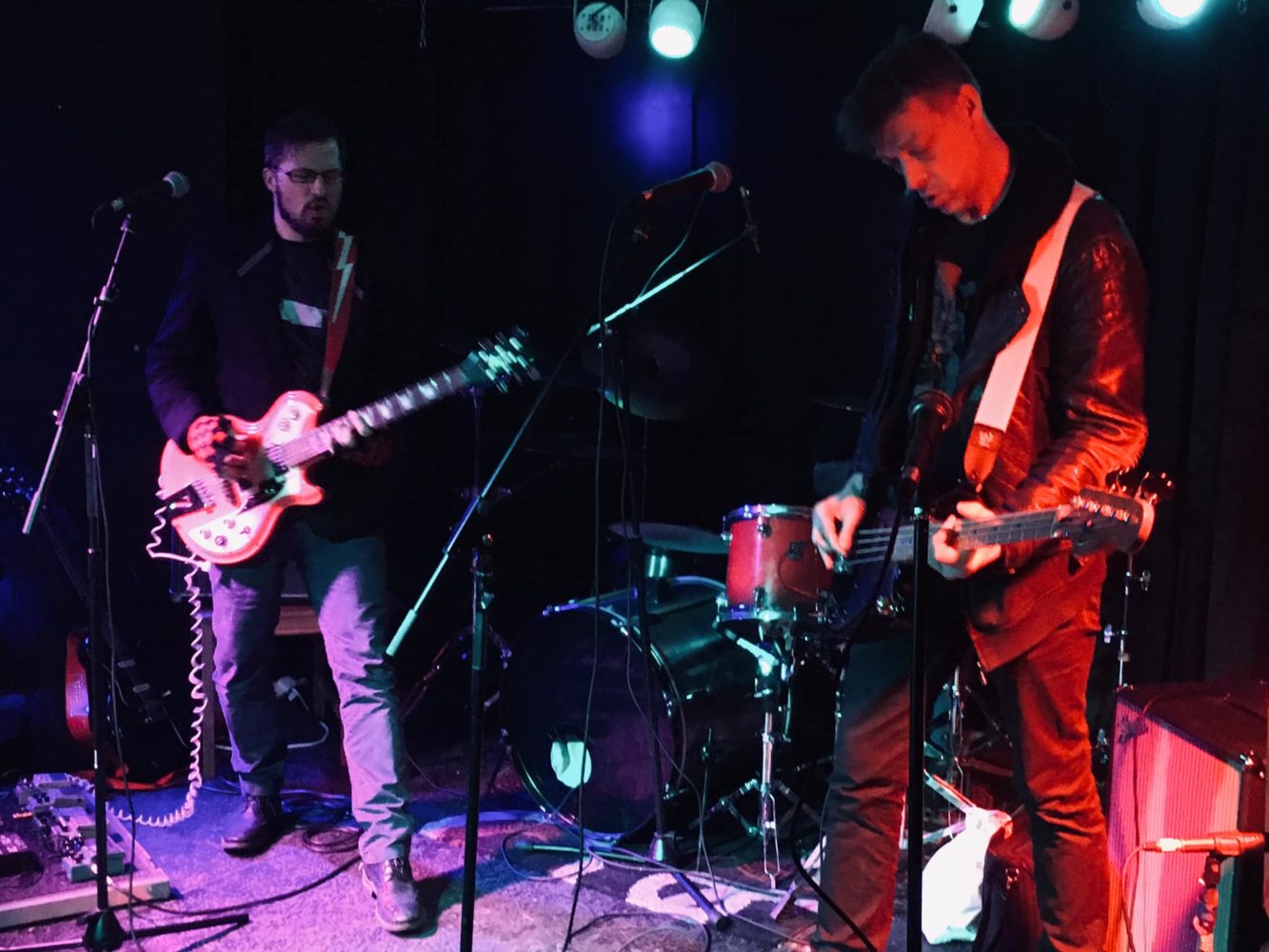 The last in the series of Manchester Meltdown gigs for January 2019 was appropriately surrounded by seeping snow and wavering weather… but it certainly didn’t deter a thriving audience from attending at The Peer Hat on Wednesday 30 January. Playing on the night were Mark Corrin, Bobbie Peru, Springfield Elementary and Four Candles. Louder Than War’s Emily Oldfield went along… 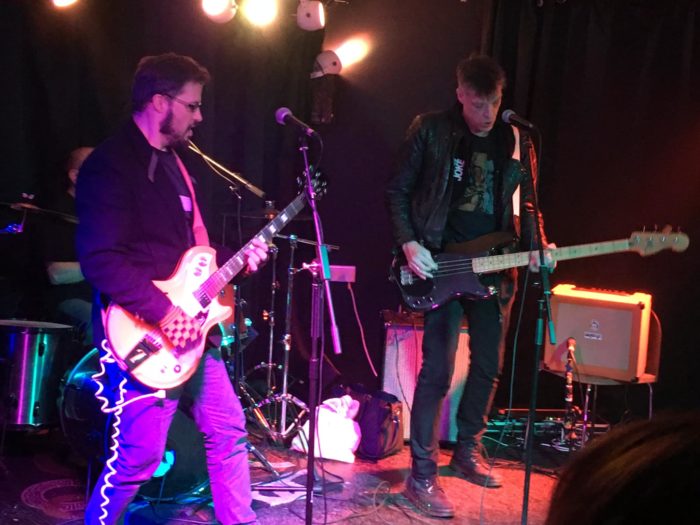 There was an emotive buzz about this final ‘Manchester Meltdown’ gig, built on the sense of community stirred up every Wednesday in January, presented by German Shepherd Records (many thanks Ian ‘Moet’ Moss, Bob Osborne and Victoria Egan), celebrating grassroots creativity – and championing local artists – of all kinds, in a much-loved independent space. This was underlined by a vibrantly varied audience coming together for a cathartic clash not just of music, but an exchange of ideas (I was speaking to a member of highly-recommended band The Ombudsmen, actively looking for creative collaborators) and genuine fondness for the fun of gritty grassroots culture.

January has seen punchy post-punk, ranting rage, psychedelic flair and a good whomp of instrumental intensity, for sure. Plus there is plenty to look forward to in the coming days and weeks, even in the sad absence of Meltdown: with Weimar’s double A-side launch gig at Salford’s The Eagle Inn on Friday 1st February, followed by Manchester Folk Horror Festival 2 at The Peer Hat on Saturday 2nd and The Shining Levels presenting their atmospheric album inspired by Ben Myers’ brilliant novel The Gallows Pole with a gig in Halifax (at The Lantern, 3pm-5pm, part of Independent Venue Week) on Sunday 3rd. A gig to think ahead to (with tickets now available) is Membranes, Henge and Glove live at Manchester’s O2 Ritz Saturday 8th June 2019.

Other events I am very much looking forward to include the creative clash of comedy-meet-poetry Punk in Drublic Poetry night at Lock 91 (19th Feb) and Punk in Drublic Poetry III at Dulcimer (20th Feb). ‘Punk in Drublic’ is a delightfully diverse night (visit the Facebook page here), celebrates eclectic and eccentric creativity, and is charitable too (raising funds for local causes including homelessness charity Mustard Tree).

But now to Meltdown. Kicking off the evening was an utterly eclectic solo set from Manchester-based musician Mark Corrin, who quickly energised the crowd by performing almost all of his new album ‘Pub Bin’: notably combining catchy and distinct soundscapes of his own creation, topped with admirably exploratory lyrics and a welcome hit of humour. 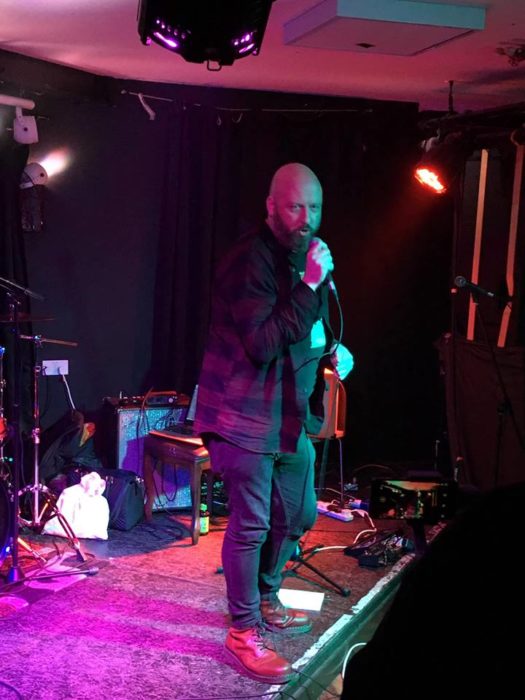 Mark managed something which was quite remarkable – delivering deft doses of imaginative, even nonsensical narratives, in a way which had the audience laughing, dancing and admiring in equal measure. In addition, the tracks still carried a weight of skilful observation which makes them relatable – with tales of tedious 5 a day, primal landscapes and even eating falafel. I don’t think I have had so much fun during an opening set before, and thanks to Mark’s energetic and impassioned delivery (and dancing – including ‘The Duffle Shuffle’ – may I add, his track ‘You’ve misjudged your jacket again’ had members of the audience swapping coats), this was utterly memorable. 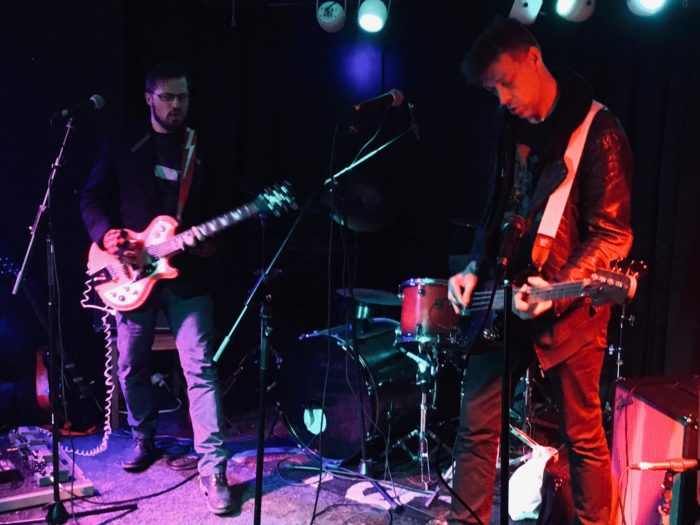 Next were Bobbie Peru, a three-piece of Robert Genovese on impressive vocals and guitar, Simon ‘Ding’ Archer on gut-gripping bass and Mike Baker thundering it out on the drums. A distinctly diverse set which pummelled post-punk together with rocky layers and an attitude of intensity, this was music which made the audience move by sheer force. I found myself gripped to move by the bolster of bass, and this was brilliant – the band turning over tracks with tightness and yet still allowing room for randomness, songs slipping into jams before driving out with a delightfully danceable number. I look forward to seeing them again.

Springfield Elementary followed, fusing punkish wildness and a gutsy frontage of guitars, with frenetic vocals and a sense of articulated angst which brought the room to a bounce. I previously enjoyed singles like ‘Ready Salted Psycho’, and the live set from this 5-member Manchester-based band provided a welcome blast of wild abandon… so better watch out for their single ‘Jacked Up on Jesus’ released on February 22nd, recorded by Jay Temple of Locean. On the night of Meltdown, Springfield Elementary smashed out sizzling, speedy tracks – a combination of experimental infusion and a want to articulate a social outcry; something they certainly achieved. 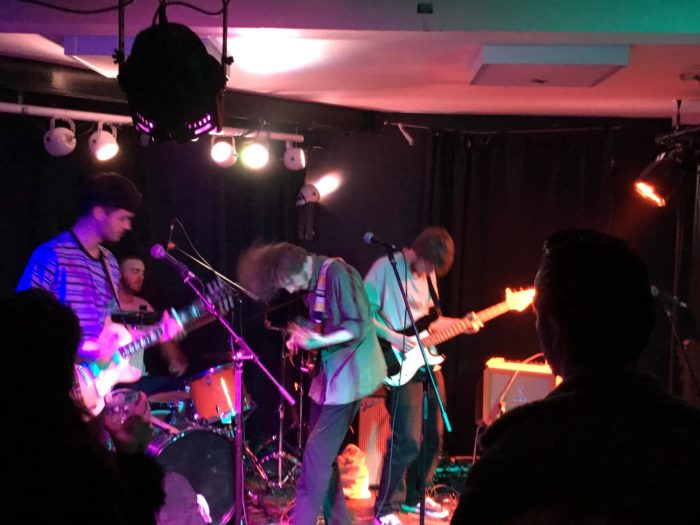 Finally and fittingly, on the final night of the Meltdown series, came resident band Four Candles – the combined sonic shenanigans of Mark Taylor on guitar, drummer Phil Peak, awesome bass from Jon Rowlinson, and of course, energetic vocals from ‘Moet’ himself. True to form, the band blasted out a blistering set of anthemically angry, socially-savvy tracks, which although have their unique element of creative chaos, are still skilfully observed. Turning up the energy of the room to a high with the likes of ‘Volcano Burning Blue’, ‘You Can’t Be What You Pretend’ and ‘Chastity Belt’, it was a performance which pounded home the power of Meltdown; instrumental exploration combined with new creation. Every time the band perform, they bring something different… and I know I am looking forward to ongoing things from them, as well The German Shepherd label (Salford based) in coming months. 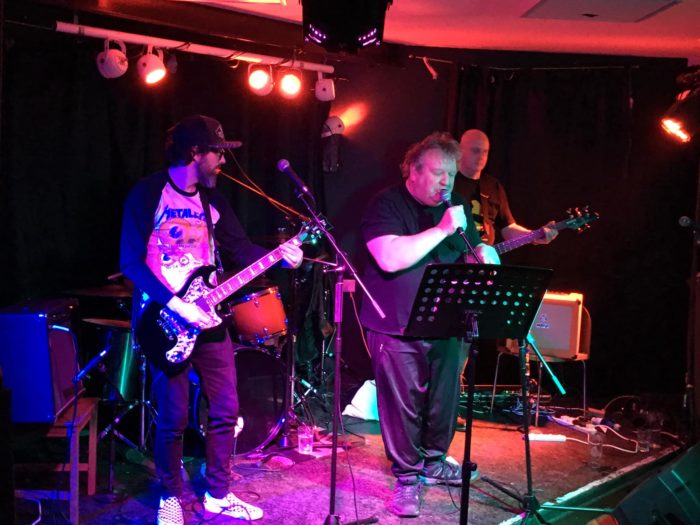 By Emily Oldfield
Photos with thanks to Victoria Egan