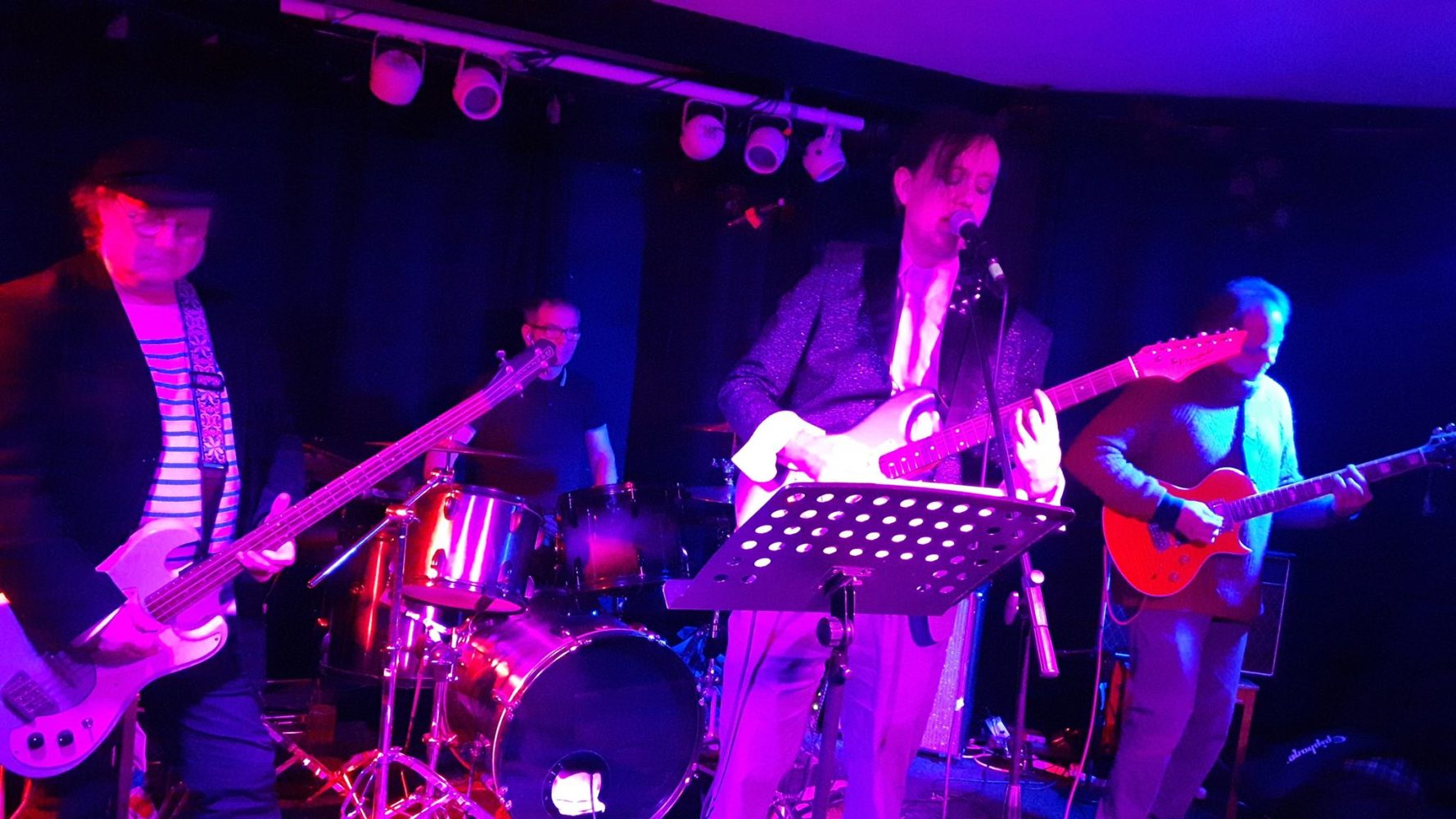 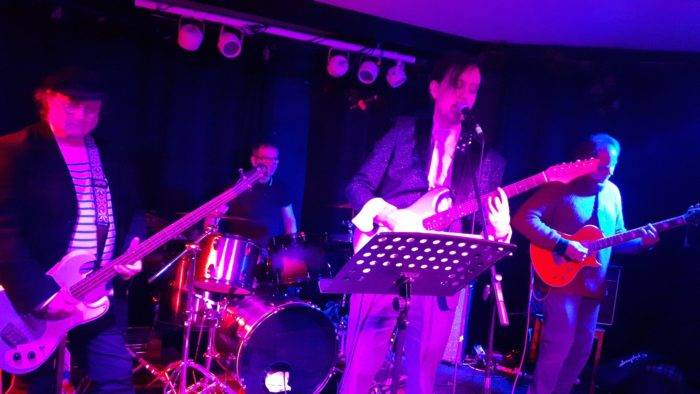 When you come away from an evening feeling not just a member of an audience, but part of an atmosphere powered by passion and energised by experimentation – that’s when it goes from a gig, to an event of much greater significance. Or at least that’s my take on it – and indeed, how I would describe the first in the second series of ‘Manchester Meltdown’ nights (following on from a successful run of 2018 events) which took place on the 2nd January 2019 at much-loved venue The Peer Hat. The artists featured were Four Candles, Nick Alexander, Trancendental Equation and Weimar. According to Louder Than War’s Emily Oldfield…

‘Manchester Meltdown’ is a series of music events curated by Ian ‘Moet’ Moss and Salford-based record label German Shepherd Records, typically consisting of four local acts, and at £3 for the whole evening, it is astonishingly good value for something that I maintain stretches far beyond ‘entertainment’ and into an alternative experience. It provides a place to not just not observe what is going on in Manchester and Salford’s grassroots music scene, but to be immersed within it, utilising the connection between venue and event to great effect.

Running every Wednesday evening throughout January ‘Manchester Meltdown’, emphasizes that local live music can be accessible and affordable, addressing two of the major issues affecting gig-attendance in this typically unpopular month. And the size of the crowd certainly was notable as Four Candles started up their set, smashing out a tight, bristling breed of post-punk which seethes in the ears and sets the soles of the feet alight. We were all moving within minutes. 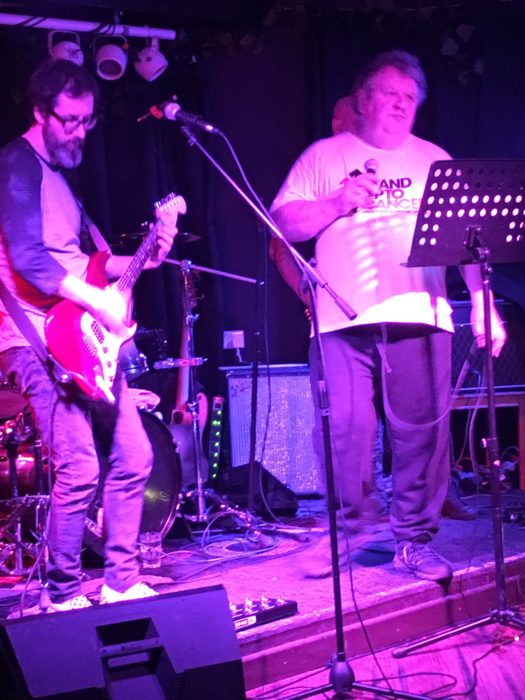 The first track ‘Chastity Belt’ charged out with vicious emotional energy, sticking two fingers firmly in the face of the preconception that tight tracks lack depth – instead it dug right in, rolling with themes of exploitation and pain. Watching Ian ‘Moet’ Moss bring the lyrics to life was especially emotive, literally throwing himself into the lines with the type of cathartic abandon only music can offer, sweat searing like tears within the wild jam. Thundering force followed in the form of ‘Vikings’, all the time emphasized by elaborate electric guitar, gripping, gusty bass and drums which seemed to provide the power of two people… each artist on stage billowing out their own bold expression which collectively brought each piece to new heights. ‘BBC’ is a long-term audience favourite along with its repeated raucous refrain ‘I spit on the BBC’ whilst ‘Fly In My Soup’ is a track which underlines Four Candles’ beguiling ability to combine humorous observation with hard-hitting, political, gut-punching post-punk.

Nick Alexander followed in the ‘Manchester Meltdown’ line-up, inviting the audience into a solo set which soared with layers of guitar and vocals which seemed to shift and swell open in their exploration of so many emotional frequencies, stories, delicious meandering narratives. Nick began with a relaxed, conversational address to the audience, working out what to start up with whilst still on stage… a refreshing approach to experiencing live music which emphasizes the ability of the artist to intuit their sound for the moment, to amplify the existing atmosphere further, to make the room roll with feeling. Plush instrumentation and vocal volleys then seemed to take the audience by surprise as each track swept us into a swirling soundscape of lived experience and earthy, expansive landscapes – a psych-jam quality to Nick’s playing allowing each piece to unreel before easing out into a wash of emotional impact. 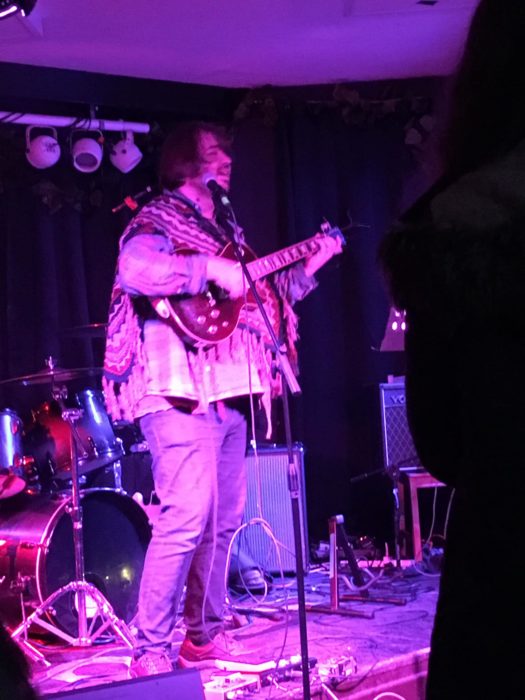 A particular favourite was ‘Barrington Way’ with its building guitar and reflective, resonant recollection of a visited place which can still yield great effect. Notably, throughout the set, was how layer upon layer of Nick’s vocals built in a kind of crescendo, starting off like a whispered invitation and extending to a crying, almost screaming height of passion which took each track far beyond a set time and place and allowed us all to be part of the experience. This is the type of music which unknots the tightness we carry in our chests, as underlined by the anthemic ‘Beverly Everly’, a song bringing themes of necromancy and the enigmatic influence of Syd Barrett to a billowing burst. Nick holds the rare quality of possessing not just notable musicianship but the skill that also lies beyond lyrics, a voice to tap into the emotion and crack it open.

Next were Trancendental Equation, a three-piece band performing their first live set – and skilfully so, taking the existing psych energy in the room and exploring it further through free-flowing instrumental jams of guitar, bass and drums which washed around like a weird bliss. This was kind of wordless psychedelia it seemed impossible not to dance to, utterly energetic drumming combined with a warm bass core which showed real talent and effortless flair. Also really worth noting was the expressive guitar which explored alternating patterns, heights and hot sensation with a snaking skill… always maintaining interest in the room, something that live instrumental music does not always maintain. Chemistry on stage was evident, making the fact that this was the band’s first live set actually irrelevant, their resonance taking us again beyond three musicians: it was invitation into a movement of adventure. 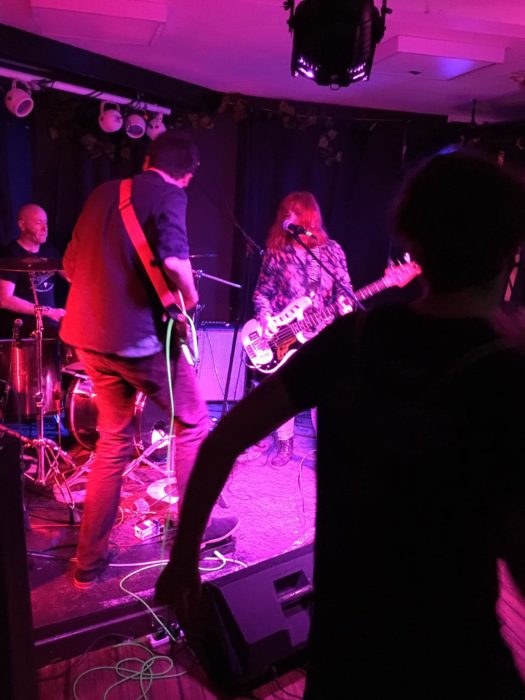 Weimar was the final act of ‘Manchester Meltdown’, the band consisting of Aidan Cross (The Bacillus, Black Light Mutants), Johann Kloos (The Sandells, Erick), John Armstrong (The Speed of Sound) and Anthony Edwards (The Deceased) on drums. Having had an already intense 2018 consisting of much recording as well as a number of gigs in the Manchester area, the band demonstrated a refined deftness to their style and sound, crafting shimmering art rock underpinned by artful guitar – all the time the sound swirling with experimental edges, every little trill and flair adding felt bursts of intensity. The skill and uniqueness of Weimar after all lies in their ability to express personal observation and tune into the undercurrents and untold stories of society, wielded through unabashed art pop which unfolds in layers, often linking to the past. Aidan Cross sings with electrifying intensity, on the night his intense makeup and flamboyant sleeving all adding to the aesthetic punch of band which bristle with interest. 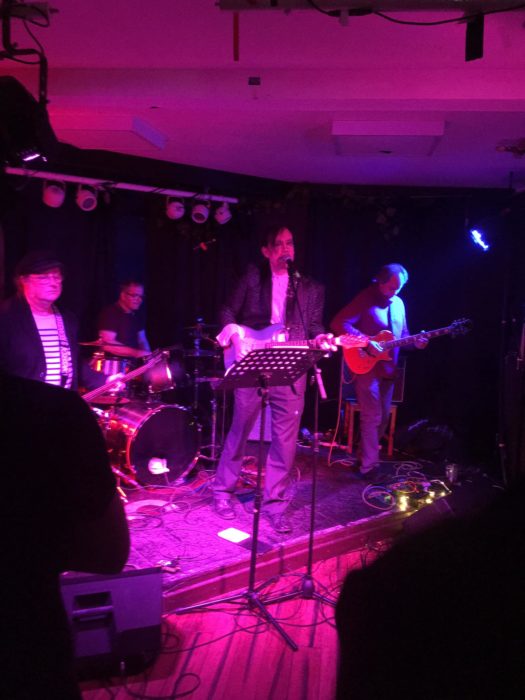 Weimar also treated the audience to a number of new tracks ahead of the release of their debut single, the double A-side John Doe/Curse the Songs on 1st February 2019 (which will be marked with a launch gig at The Eagle Inn in Salford on the same date, with guest appearances from Dominic Carlton Jones, Sticky Pearls and Geneviève L. Walsh). A particularly memorable piece was ‘Nights in Spanish Harlem’ which enchanted with its expansive guitar hooks and lyrical charm, the band never shying away from touching on themes of insecurity, love and regret. ‘Curse The Songs’ is also another favourite, an anthemic chorus and rolling guitar buzz building on the theme of iconic musicians who seem to swing to the political right in their old age… the tune itself sending the crowd into a mix of swirling movement and singing.

Weimar sent the evening out on a high – and for more, their double A-side (produced by Simon ‘Ding’ Archer – formerly of The Fall, Pixies, PJ Harvey, Bobbie Peru), will be released physically on the 1 February by the band’s own label Marlene’s Hat, and digitally by German Shepherd Records.

I walked home with a wired warmth in my chest – and excitement for next week’s Manchester Meltdown event. Falling on Wednesday 9 January at The Peer Hat, it will feature St Lucifer, Adventures of Salvador, Four Candles and an unnerving set of poetry. Find out more here: https://www.facebook.com/events/860606400813611/

Words by Emily Oldfield
Photography with thanks to Victoria Egan