Home Music Manchester is to get an elected mayor- we look at some of... 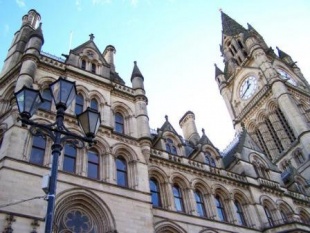 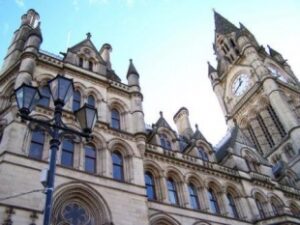 Manchester to get an elected mayor, at one time Tony Wilson would have have been the obvious candidate but in 2014 there is no obvious dominating media figure on the tip of everyone’s tongue – which is a GOOD THING!

It’s quite a job! and even if media and showbiz faces declare their interest they will be sorely tested with powers over strategic planning, including the power to create a statutory spatial framework for Greater Manchester. This will need to be approved by a unanimous vote of the Mayor’s Cabinet;

Responsibility for a devolved and consolidated transport budget, with a multi-year settlement to be agreed at the next Spending Review, and responsibility for franchised bus services (subject to consultation by Greater Manchester), and for integrated smart ticketing across all local modes of transport;

Control of the reformed earn-back deal, within the current envelope of £30m a year for 30 years – this will gives Greater Manchester the certainty they need to extend the Metrolink to Trafford Park;

Take on the role currently covered by the Police and Crime Commissioner.

Meanwhile around the rest of the world showbiz figures and media figures seem to be a shoe in for the job and handle all the complex stuff and sometimes, even clowns can get to run a city like in London.

Well he is off to a head start with his anti tracking campaign which is far more serious and well informed than most people initially thought…he would certainly be twisting some melons!

He gets our vote! Citizen Smith would make the perfect mayor- either bolshy or obtuse and would terrify the establishment with his unconventional ways and the whiff of fag smoke and stale pubs would ooze around the stern looking town hall.

Just imagine how much trouble he would unintentionally cause – every statement and press release would cause an internet meltdown.

Abrasive and a marmite figure and would split the city into two maybe causing  Balkan or Ukraine style civil war, would not take any shit and has probably had enough of being the bad tempered pensioner swearing at young people in the park in his down time whilst taking the dog for a walk.