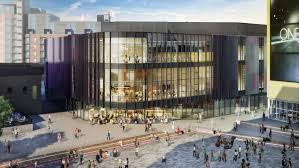 The Cornerhouse is no more!

Manchester announces huge new culture/arts/cinema space called Home which announced the full programme of its opening season. there is loads of great  and diverse stuff covering all the arts…

The programme features new commissions, international collaborations plus off-site and interdisciplinary productions that represent a new and dynamic force in the UK’s arts scene and beyond.

HOME brings a new and distinctive offer to Manchester’s vibrant arts scene, with an ambitious and international programme emphasising innovative, visual storytelling. Following a trailblazer performance by Hofesh Shechter and Friends in April, a celebratory opening weekend starting on 21 May will set the tone for the year to come.

The programme has been devised by HOME’s artistic directors, Walter Meierjohann (theatre), Sarah Perks (visual arts) and Jason Wood (film), working with a network of international visiting curators and dramaturges.  It embraces the full possibilities afforded by HOME’s purpose-built centre, which allows the production and exhibition of provocative and dynamic work in modern, flexible spaces of the highest specification.

The full 2015 opening season programme can be downloaded here:  www.homemcr.org

At HOME, engagement encompasses all activities that enable people to get closer to the programme, artists and artforms. All of HOME’s engagement programme will link to its wider artistic programme, through artist-led participatory projects, workshops, courses, residencies, commissions, talent development projects and work-based learning.

HOME will provide unique education and talent development activities for all generations, with a particular commitment to young people aged 15-25 and communities local to HOME, which is part of the new First Street development in the city centre.

The Inspire Programme, funded by The Oglesby Charitable Trust, will allow HOME to provide very low cost tickets for local communities and those who might not normally have the opportunity to visit the theatre or take part in cultural events.

HOME was formed from the merger of two of Manchester’s best-loved cultural organisations, Cornerhouse and the Library Theatre Company and will inherit and build upon their artistic legacies. HOME is predicted to receive 500,000 visits per year, adding significantly to the revenue contributed by Manchester’s cultural venues to the local and regional economy.

It forms the cultural heart of the £500m First Street regeneration project off Whitworth Street West in Manchester City Centre. The 20 acres development is being brought forward by Ask Property Developments, Manchester City Council’s development partner for the project. It will act as a magnet for investment and job creation and is estimated to create 11,000 jobs.

Presenting a new work for five dancers from the one of the world’s leading dance ensembles, set to a dark dub step score

A new adaptation of Kasimir und Karoline, a masterpiece of 20th European theatre, which follows the death throes of a youth romance against the dizzying backdrop of a funfair. Simon Stephen’s new adaptation, directed by Walter Meierjohann, deftly relocates Ödön von Horváth’s play to a local contemporary landscape, playing on current social and economic parallels with the setting of the original

Details to be announced in Spring 2015

Blending original animation with entrancing music and live performance, pioneering theatre company 1927 asks one of the great questions of the modern world – who or what is in control of our technologies?

A major new exhibition from Beirut-based artists Joana Hadjithomas and Khalil Joreige explores the history of online spam and scamming through film, sculpture, photography and installation

Todd Haynes’ understated eponymous masterpiece forms the starting point for this group exhibition, with new commissions in moving image, sculpture and print. One of a series of exhibitions at HOME that takes a classic or influential film as inspiration.

The concluding work in AL and AL’s epic sci-fi odyssey, which tells a radical new myth about the origins and destiny of DNA, imagined across an exhibition, opera performance and feature film

Pairing Manchester’s finest musicians, including GoGo Penguin and Robin Richards, with 20th century silent films, archive footage and artist film, the Music and Film series
combines the immediacy and energy of live performance with the magic of artist
the big screen. The series includes Celluloid History Songs, in which singer-

The annual film fiesta presents the cream of new filmmaking from across Spain and Spanish-speaking Latin America. This year’s festival includes New Mexican Cinema, a four-day celebration of the best in Mexican cinema, presented in partnership with IMCINE and the British Council

Building on Cornerhouse’s reputation for fostering medium of artist film as an artform, this unique project is the first course specifically designed for directors and producers developing feature film from a visual art background. The programme takes the form of two residential workshops in Manchester and Florence, with guidance on collaborations with relevant festivals, markets and other partners.

HOME is a new cultural centre for Manchester which will produce and present an ambitious programme of bold contemporary visual art, film and theatre. Formed from the merger of two of Manchester’s best-loved cultural organisations, Cornerhouse and the Library Theatre Company, HOME’s programme will directly involve artists and audiences, unlocking the creative potential of the city.

The new purpose-built centre, designed by Dutch architects Mecanoo and built by Wates Construction, will provide a cultural hub and social space for Manchester, as well as being a ‘making place’, producing new and innovative work, with an emphasis on exploration and experimentation.

Manchester City Council has committed £19 million to fund the creation of HOME. The overall budget for the project is £25 million, with £5 million being met by Arts Council England Lottery funding and the remainder through support from Founding Supporters Garfield Weston, The Granada Foundation, The Oglesby Charitable Trust and Transport for Greater Manchester and further donations from The Wolfson Foundation and an Anonymous supporter.

HOME will include a 500-seat theatre; a 150-seat flexible studio space; a 500m2, 4m high gallery space; five cinema screens; digital production and broadcast facilities; a café bar and restaurants. It will be the BFI Film Audience Network Hub for North West Central.