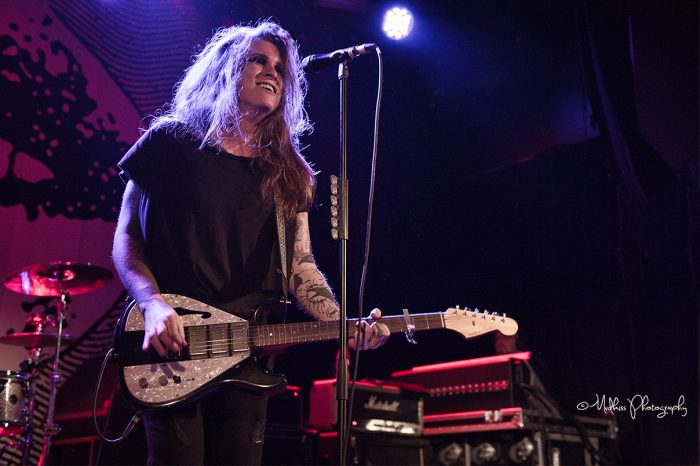 Louder Than War shooter Melanie Smith went across to Manchester to photograph USA punk rock band Against Me! with support from two great bands Milk Teeth and Mobina Galore. 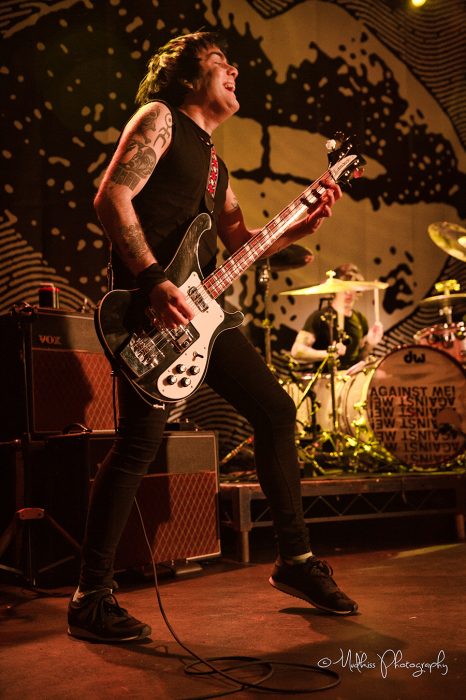 Against Me! have played in all manner of venues from squats, subways restaurants, to huge arena shows, but tonight they played in Manchester’s Academy II to a huge warm reception. They have some really enthusiastic fans in Manchester and its great to see lots of audience participation. Front woman Laura Jayne Grace is hailed as a bit of an icon in the punk world due to coming out as a transgender woman in 2012. She recently penned her autobiography ’Tranny’, which is certainly one for my Christmas wish list.

They opened with True Trans Soul Rebel, the 2nd track taken from their Transgender Dysphoria Blues album. Shape Shift With Me is their seventh album released in September 2016 and they performed a huge chunk of this tonight. 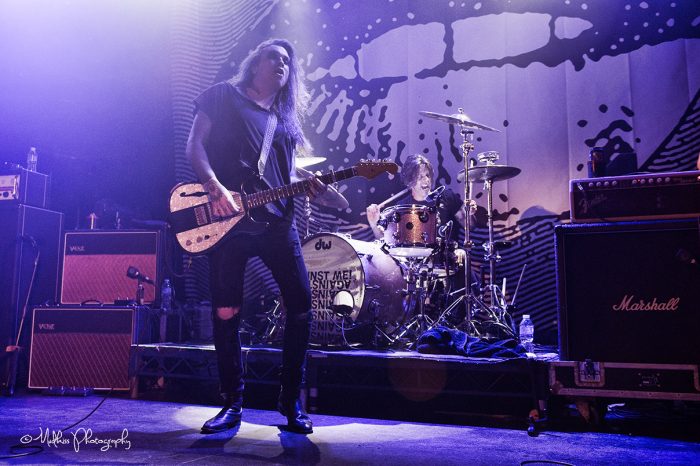 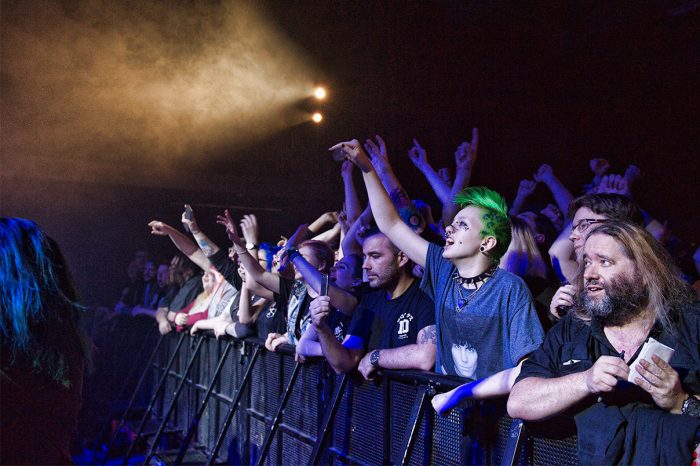 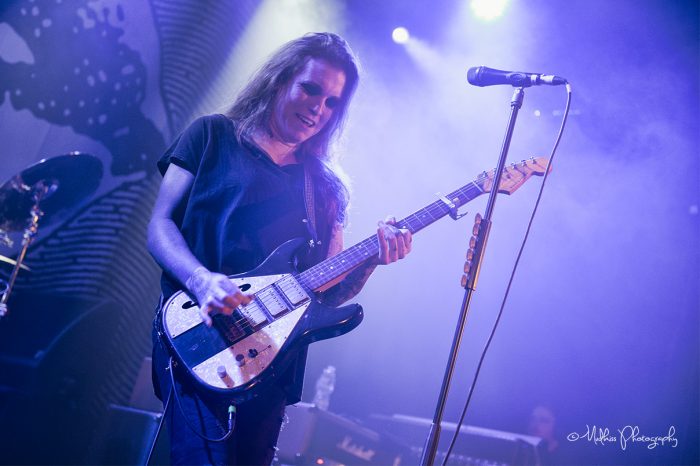