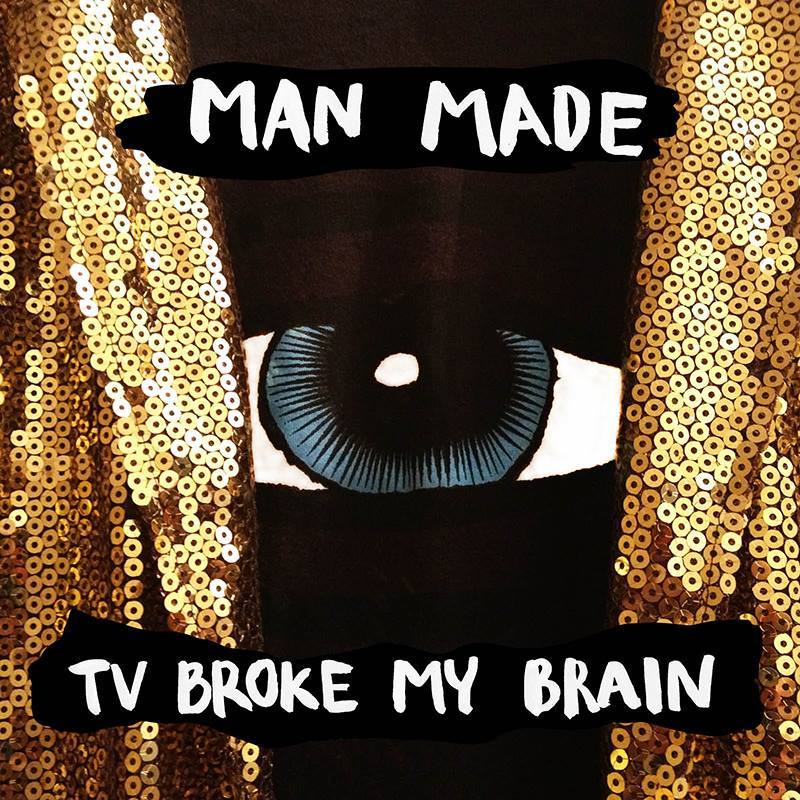 Man Made – TV Broke My Brain

In the 1980s, four young upstarts from Manchester changed the face of indie, and popular culture, for generations to come. The band, known as The Smiths, brought together themes of isolation, vulnerability and social critique with infectiously jangly folk-influenced guitars. Now, over thirty years on, the band have both musically and biologically procreated. Louder Than War’s Thomas Roden sees whether Man Made can step out the shadow of Marr.

It doesn’t take much for us to find the echoes of The Smiths in most of the indie outfits that emerge into the world. The vulnerability, the lyrical grace, the folk-flirting indie tones, the urgency – there isn’t a lot that The Smiths didn’t kickstart in the 80s.

But while it is difficult for any band to overcome these comparisons, it must be significantly more difficult for Man Made – a talented trio of whom Nile Marr, son of Johnny, fronts and wields the axe for. What’s more, Man Made excel in producing indie music that finds itself fundamentally of folk-esque origin but with smatterings of heavier, crunchier tones. Not at all like a certain other Marr-founded band.

Yet with that said, Man Made do absolutely everything to stand out in their own right and on their own merits. Few bands will produce a debut album that opens with a track so urgently appealing as ‘Carsick Cars’; even fewer would have a tracklisting that was 80% anthems. Yet “TV Broke My Brain” manages just that, ranging from sombre singalong (‘Plastic Key to Living’) to abrasive post-punk chant (‘TV Broke My Brain’) and an energetic place in between (‘Bring Some’).

Likewise, few bands would dare be as cutting as Man Made on a breakout record. While the title may feel a little dated, with TV now bowing out to a much bigger menace in the form of PCs and the internet, Nile cuts right to the core of the technophiliac problem of modern society. And in true indie fashion, the band achieve this without sounding condescending or preachy, instead channeling despair and frustration into something emotionally open.

With this, Man Made establish themselves as arguably one of the greatest indie acts of modern times: loaded with social criticism but only by way of emotive vulnerability, and all without risk of seeming too political. Two of the release’s greatest moments come in the form of indie-grunge anthem ‘Raining in My Head’ and the gentle closing number ‘Slowdance’ – tracks with no political undertones. They are pure emotion, delivered with a graceful fragility and beauty.

‘TV Broke My Brain’ captures an emerging band at the brink of explosive success. This is a band that refuse to be constrained and marred by the past and, instead, carve out a distinct and clear path of their own. It may be a familiar one, but Man Made are making it their own.

Those eager to check out Man Made’s glorious music for themselves can buy the EP here. You can also follow Man Made on Facebook and Twitter.