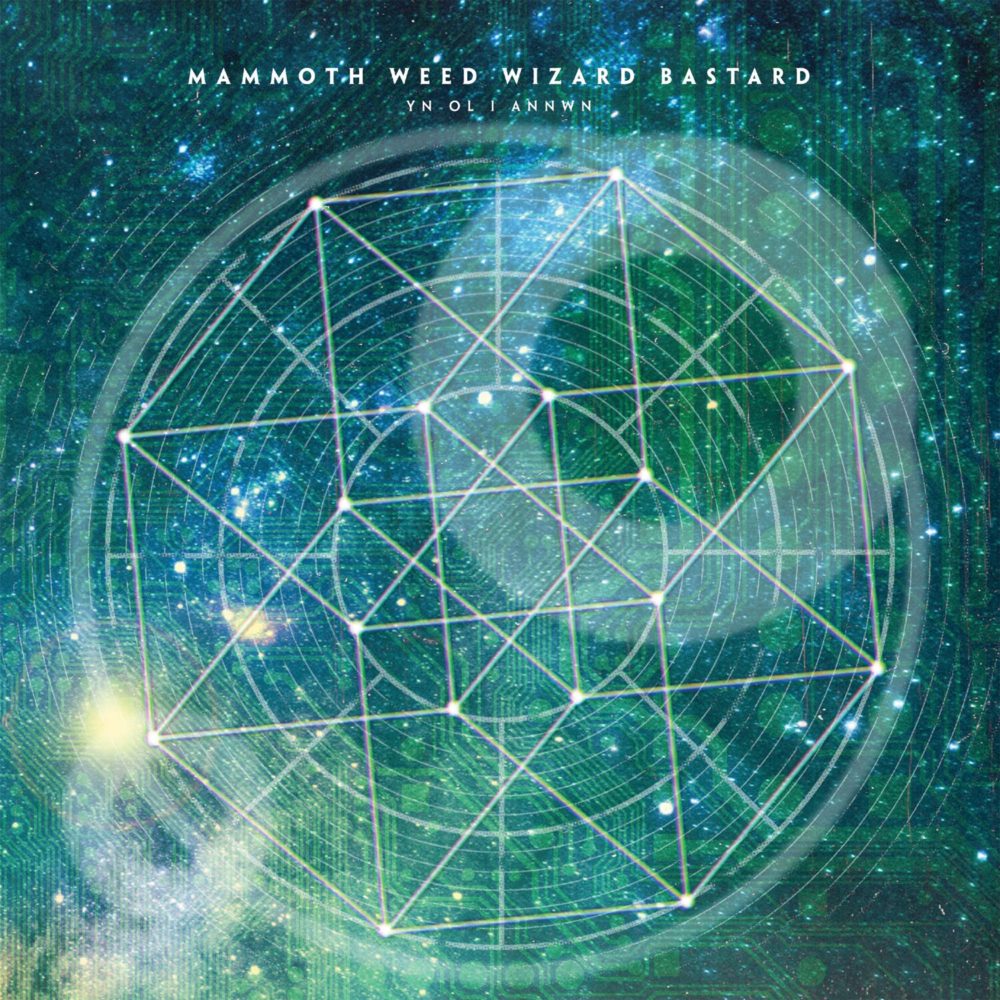 Mammoth Weed Wizard Bastard are pushing the creative boundaries of doom metal. On this album, the third part of the trilogy of albums, that began with Noeth Ac Anoeth in 2015, and was followed by Y Proffwyd Dwyll in 2017, they have quite simply redefined the genre.

Yn Ol I Annwn is the new album, and the title is Welsh for Return To The Underworld. It’s an album full of musical ambition and breathtaking songs, that covers a diverse landscape of musical checkpoints. Tralfamadore, the opening track, is a beguiling experiment in purely electronic music, that fabulously resonates of the great Tangerine Dream.

The second song in, The Spaceships Of Ezekiel, begins with a suite of full on Hawkwind-like electronics, before being disrupted by a crushing doom riff.  The expressive pastoral vocals from Jessica Ball have the quality of Sonja Kristina from iconic progressive rock band Curved Air. In fact, in one great moment, the core riff changes pace, and hits a groove resonant of Curved Air’s Back Street Luv.

Fata Morgana has a pretty, folk styled, guitar introduction. A Fata Morgana is a mirage that appears at the horizon, and is named after the character Morgan le Fay from Arthurian legend, and the musical introduction has a matching atmospheric folklore quality. As the song hits its central doom metal motif, the sound completely envelops the listener, with massive sustain on the guitars, and flowing cymbal work, underpinned by the crunchiest of rhythms. The effect when combined with Jessica’s dream laden vocals is quite hypnotic.

Katyusha clocking in at over 13 minutes, is an album centrepiece. It is a masterpiece of melody driven doom guitar figures and free flowing electronics, that builds layer upon layer of sound, over a suite of dynamic shifting rhythms, that go the full spectrum from subtle to sledgehammer! It just has to be listened to on headphones, for a completely immersive experience.

On The Majestic Clockwork near the close of the album, MWWB even mischievously introduce a string section, playing a musical theme full of pomp and ceremony. The electronics here swirl and dart in and out, of the song’s final coda, as the song speeds up, before stunningly crashing to the ground.

The string section, in complete contrast, on the introduction to Five Days In The Abyss, has a mournful and elegiac quality. This is matched by Jessica’s most atmospheric vocal performance on the album. The song is underpinned of course by another massive doom riff.

MWWB represent all that is best about metal, demonstrating passion, creativity, risk taking, and carrying a total sound, that takes no prisoners from the listener. This album feels like a defining moment in doom metal.

Have a listen to  The Spaceships of Ezekiel from the album:

You can listen to more Mammoth Weed Wizard Bastard here:

All words by Gareth Allen.