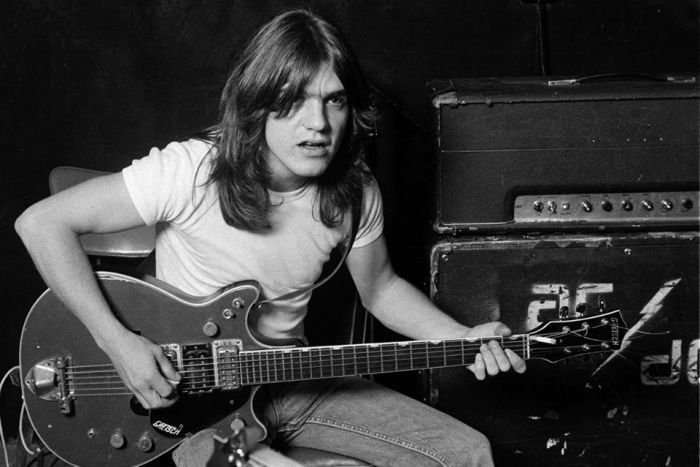 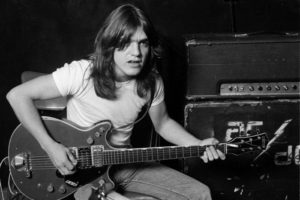 Malcolm Young – the heart and soul of AC/DC has died at the age of 64. The rhythm guitar player whose juggernaut riffs were the core of the band’s hugely successful sound that saw them score the second best selling album of all time had been suffering from dementia.

The band who broke out of the tough Australian mid seventies pub rock circuit with hilarious leering songs and those trademark zigzag riffs defined rock n roll for decades and and were built around the renegade born in Scotland moved to Australia brothers, Malcolm and his brother Angus who stole the limelight with his schoolboy outfit made by his sister and fronted by the charismatic Bon Scott.

Malcolm stood further back on the stage but his rhythm guitar was the key to the band’s sound guided further by his elder brother George Young whose found success in the Easybeats and also died recently.

Those guitar riffs played with a splendid machine like groove have become the very foundations on which rock music is built making Malcolm one of the most influential musicians of all time.