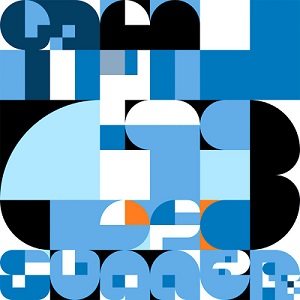 Despite a complete unfamiliarity with the work of Arab Strap, Malcolm Middleton’s solo material is something that’s been on my periphery for almost a decade now. Seemingly built around a deft balance of hope and hopelessness, Middleton’s usual solo fare dealt in feelings of the downtrodden and the desperate, all offset by major key meanderings. It’s somewhat of a pleasant surprise then, that Summer of ’13, his first solo outing in nine years, harbours a sunnier disposition than previous offerings, allowing optimism only previously hinted at, to flourish.

“When you reach rock bottom artistically, and I believe I have done on occasion. Then the only way from there is up”. Says Middleton of the record. A seemingly obvious sentiment that may be, at least for those of us fortunate enough never to have been there. For Middleton however, it’s more than that. It’s a statement of intent. An aphorism. Not just a new direction, but arguably a new beginning also.

And it’s evident from the outset. Opener Steps is a wonky pop number replete with synth squelches and pitch bends, while You & I casts a romantic veil over feelings of anxiety, backboned by a pulsating bass, fleshed out by its glossy synth hooks. Such emphasis on upbeat electronics might feel a little out of character, but coupled with Middleton’s more optimistic outlook and the record’s sleek pop production, it makes perfect sense.

There are occasions where the more traditional indie is brought to the fore, but even then they’re subject to a certain degree of electronic noodling. Halfway point and highlight Like John Lennon Said for instance, builds innocuously until a wonky pitch bend becomes a pervasive drone. Summer of ’13 is another such occasion. A rolling drumbeat works as an ever-present anchor as the track becomes progressively more fractured and fucked with. Subject to fleeting changes of tempo, pitch, tone, sometimes focused on just a single instrument/track, it’s arguably the record’s most off-kilter moment, but still retains a tangible level of melody and pop polish.

In leaving behind the depression and neurosis, at least for the most part, Middleton has created an album of shimmering pop proportions, not just retaining the nuance of his previous works, but transferring them to a more electronically ambitious medium. If earlier albums for pop for the downbeat and the despondent, then Summer of ’13 is just ashamedly pop. And it couldn’t be better for it.