Home Music Making Love (Pomp, Melodrama & Dirty Rock and Roll) out of Nothing... 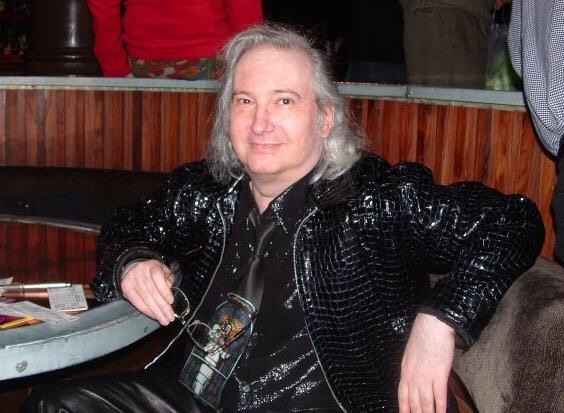 Jim Steinman died in April 2021. This tribute is late due to the author being floored by ill health.

Making Love (and Pomp, Circumstance, Melodrama and Dirty Rock and Roll) out of Nothing at all: A tribute to Jim Steinman, 1947-2021

Jim Steinman was the first and only musician I ever thought might be God. At the very least, he seemed like he might be a god; someone who’d created a whole world out of nowhere. That world is histrionic, melodic, overblown, and not a little absurd, but also deeply heroic and noble hearted, at least in intent –

– if not always in outcomes.

Like all music, it didn’t really come from nowhere, though Steinman’s early years listening to Wagner with his best buddy from junior high are a high-class origin story. His early demos show some fairly common influences – ‘Train of Love’ is heavily indebted to the Who – but also how quickly he blended and transcended them. ‘Souvenirs’ from 1972 starts as a faithful Stones imitation, but after four minutes it becomes something else: the music shifts from country to something more theatrical, and you can hear a songwriter finding his own voice in real time.

The voice he was finding would soon, and forever, be embodied in a hefty Texan vocalist he met while staging a musical off Broadway. The man nicknamed Meat Loaf had a voice as big as Steinman’s visions. Together, they began work on a rock-operatic album initially based on Peter Pan, which took a different turn when J.M. Barrie’s estate, never the most humorous patricians, told them where to go.

Clive Davis of CBS laughed them out of his office. Todd Rundgren found this mish mash of hard rock, musical theatre, teenage angst and mythology ludicrous too, but also irresistible, and agreed to produce the album. He in turn recruited Roy Bittan and Max Weinberg from the E Street Band, in case you wondered what level of grandeur they were aiming for. Steinman’s instructions seem to have been a mix of “this goes up to eleven” and Harry Redknapp’s “just fucking run around a bit”. (There’s a wonderful clip of him on YouTube, explaining how he nagged Todd to make the guitar sound like a motorbike until the Wizard groaned and gave in.)

The result was ridiculous. Forty-three years and fifty million sales later, Bat Out of Hell is still ridiculous, still exhilarating and – crucially – if you haven’t written the whole schlock opera off before listening, still emotionally powerful.

I fell in love with it aged 16, and while its fifty million sales can’t all have been to teenage boys, Steinman understood that demographic, in his way, as well as Morrissey ever did. His spoken intro to ‘You Took the Words Right Out of my Mouth’ is how we all sounded in our heads, seductive, dangerous and witty. The reality was more likely to be frustration – ‘All Revved Up and No Place to Go’ – or, if we were lucky, the sort of misadventures made epic in ‘Paradise by the Dashboard Light’. Above all there was ‘Bat Out of Hell’ itself, all the heroics, hormones and tragedy one could wish for in a style that bore out its author’s maxim: “If you don’t go over the top, you can’t see what’s on the other side.”

After that, a whole album of new songs was written and then shelved when Meat lost his voice and his emotional equilibrium after two years of touring, and then a whole other album was written when he got it back. Dead Ringer is a potent if sometimes patchy album, with a few classics, a bit of filler and a title hit single that takes the Steinman Universe and condenses it into its ultimate four-minute single form.

The album that was scrapped, Renegade Angel, is even more fascinating to me; it was released, under Steinman’s own name, with the title Bad For Good. Mercifully, Jim “couldn’t bear for people not to hear those songs.” By comparison, his vocals are scrawny, but in the end it doesn’t matter. In fact, it adds a unique charm, results in a sound that’s as vast as you’d expect, but also more vulnerable. If Meat is thundering from Olympus, hurling lightning bolts and doing mythological stuff as a matter of course, Jim here is the little guy, his dreams just as big, looking to steal some fire, more relatable. He might be Prometheus, he might be Apollo looking for a promotion (look, I was reading a lot of Keats at the time, OK?), he might be that wide-eyed 17-year-old looking to shoot his shot. ‘Out of the Frying Pan (And Into the Fire)’ and the remarkable, stripped-down ballad ‘Surf’s Up’ belong in any Best of Steinman. There’s also a hilarious rewrite of ‘Paradise’ called ‘Dance in my Pants’, but we don’t talk about that unless we’re a bit drunk.

Somehow, after spending much of the eighties suing each other, Jim and Meat made it back together to create something wonderful. Bat Out of Hell II: Back Into Hell may not quite be the Godfather II of rock albums, but it has no right to be as good as it is. The selection of songs already recorded by others, reunited with the voice they were made for, would make a great album alone. The two new songs lift it into the realms of legend. One, ‘Objects in the Rear View Mirror’ is a tender ballad that’s unusually down-to-earth in its subject. As for the other one – well, the other one is the comeback single that Elvis would have respectfully curled his lip at, and probably optioned. It was eleven minutes long, stayed at number one for seven weeks, and still has the world arguing over what “That” is.

In between those triumphs, Jim had to find other voices for his visions. Bonnie Tyler, for one. ‘Total Eclipse of the Heart’, that towering wedding cake of a song, remains inescapable to this day, with good cause: it’s the writer’s most perfect marriage of his own excesses and classic MOR balladry. Less famous but equally mighty is the title track of its parent album, ‘Faster Than the Speed of Night’, the most Meatloafy of non-Meatloaf songs with its martial beat and pounding piano.

There would be further voices. Celine Dion achieved orbital velocity with her recording of ‘It’s All Coming Back To Me Now’, first heard on the hit-and-miss, unfinished-sounding Pandora’s Box album (there’s a fair argument that Steinman’s entire career was spent writing and rewriting the ultimate rock and roll musical – up to the end, he was still working on a stage version of Bat Out of Hell). Take That’s apotheosis, ‘Never Forget’, achieved its final form through his production. He also co-wrote Boyzone’s ‘No Matter What’ with Andrew Lloyd Webber’, but we don’t talk about that unless someone else is drunk, and has hijacked the playlist.

Less storied, but maybe the best of the one-off collaborations, is a song he gave to the amiable soft rockers, Air Supply. ‘Making Love Out of Nothing at All’ starts inauspiciously, with a wonky opening piano figure and a verse of plodding, increasingly windy cliches. A 1980s Nostradamus might have realised, in horror, that Steinman was on the brink of inventing Savage Garden. Suddenly, there’s the key change in the chorus, a counterintuitive, melancholy shift from G to C that drops your heart into your guts. Then comes the bridge, with this timeless glory: “Every time I see you all the rays of the sun are streaming through the waves in your hair…” – the crystallisation in song of that moment when you see Them, the one you’re constantly thinking about, and the rest of the world pales in the blaze of their beauty.

If I could pick a moment to capture what Steinman means, what his music is, it might be that, or maybe the climax of ‘Total Eclipse…’, where Bonnie’s paced the floor for six minutes and fretted and pleaded, laid out all the joy and the tragedy, and the organ spirals in on top of all the music and drama that’s there already, and she takes her courage in her hands and goes for it – “I really need you tonight…”

Heaven in a wild flower. Eternity in a grain of sand. Love, Death and an American Guitar.

Everything louder than everything else.