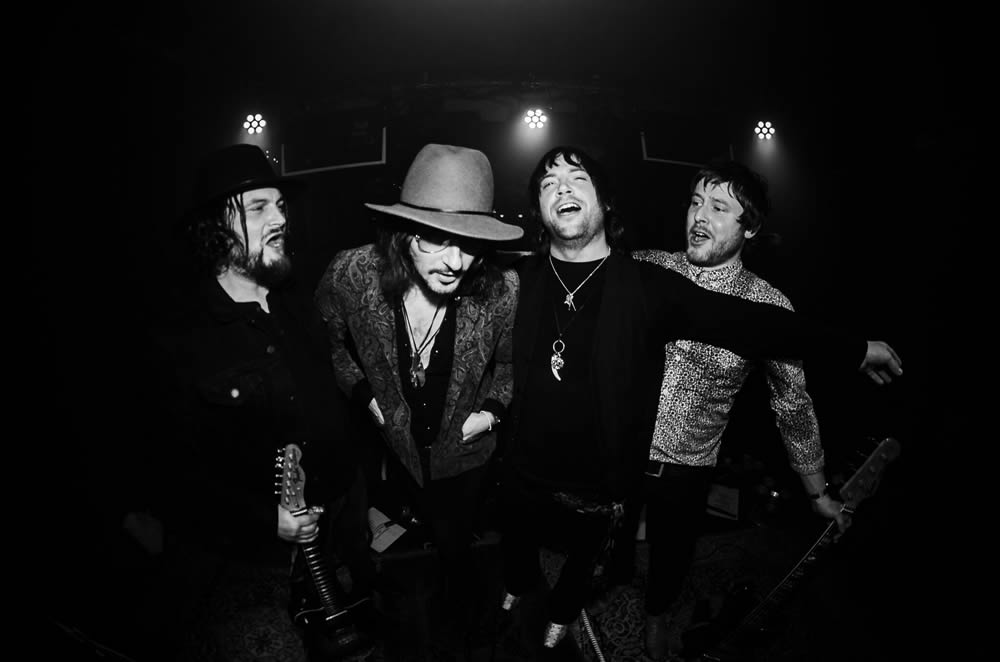 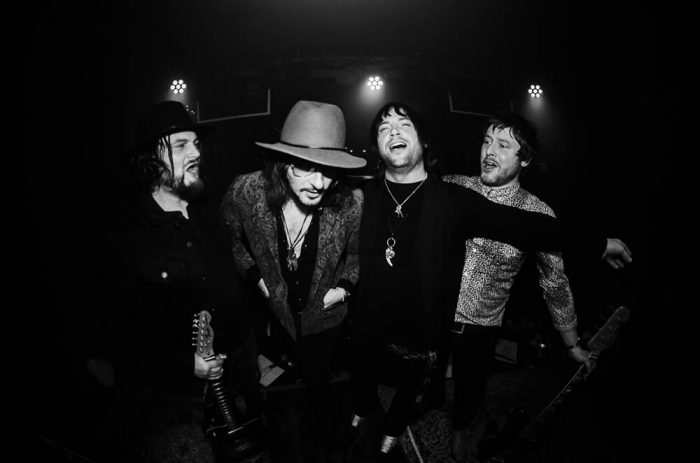 There are singers and there are natural born singers. Think how effortlessly The Small Faces’ Steve Marriott delivered the lines on Tin Soldier, Rod Stewart on Pool Hall Richard or how Zeppelin’s Robert Plant opens Black Dog. Maker’s Ally (Alessandro Marinelli) is a natural born singer, the words drip effortlessly from his lips; with an amazing rock voice he reaches every note and never misses a cue. 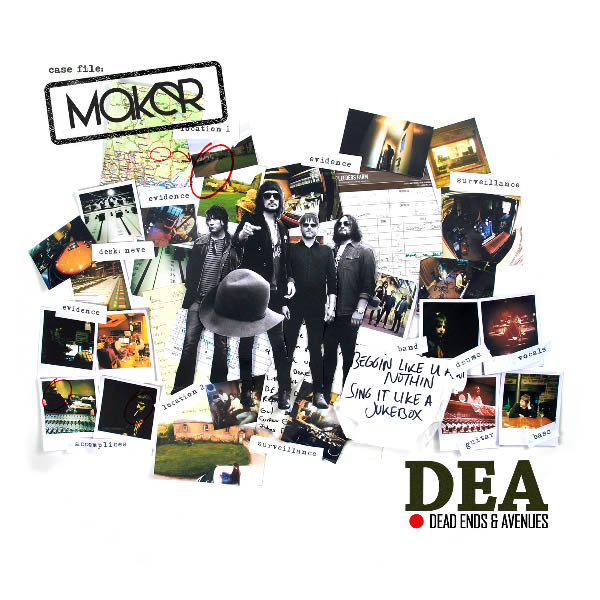 It doesn’t end there. There is a video on Youtube of The Faces at The Marquee in 1970. You can tell how close the members of the band are. There’s a knowing, a synergy between them. Fueled by a few beers, of course, but they are tight, professional musicians having a great time. It’s the magic that happens when a band knows each other so well, each other’s foibles, strengths, weaknesses, a nod here, a wink there and it‘s what happens when Maker play together.

Driven by the remarkable drumming of Gavin Donaldson, underpinned by John Austin on Bass and fractured by the scything riffs of Andrew Donaldson and Ally, it’s a pleasure watching them interact on stage.

Ten years together, the band have just released what must be considered their magnum opus in new album DEA – Dead Ends & Avenues, which they launch tonight at The Night & Day in Manchester. Support Chris Helme, ex Seahorses, has already got the audience going but what happens next simply blows everyone away.

The new album has it all, Southern boogie, classic rock, country and just a little bit of soul. It’s like all the best bits from the aforementioned bands, with a little bit of Free and a sprinkling of Lynyrd Skynyrd have been mixed together in one glorious gloop.

Opening with Move Your Feet they hit the ground running with a wicked riff and that ‘Rod meets Plant’ style vocal. It’s a stand-out track from the album and the perfect song to kick the set off with. Moving through the boogie of Soaked Up and into album opener Soul they hit their stride. 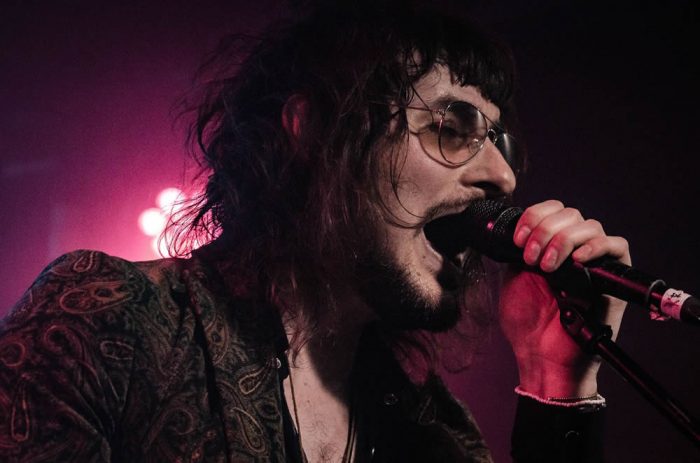 There’s an intense freak out style mid-section to this track which sees the three front men, backs to the crowd, huddled, playing off each other facing the drummer. It’s as though nothing matters but the moment. With a patterned rug on the stage floor you’d swear your mates were round, jamming, obliviously having a great time.

Dean End and Avenues has a Radar Love style (Golden Earring) feel, a louche and relentless beat that pulls you along with wailing guitars, perfectly paced and delivered.
John’s Pharmacy has a good ‘ole blues/country meets The Faces feel, fitting perfectly into the set, before they are off again for the big rock-out close. 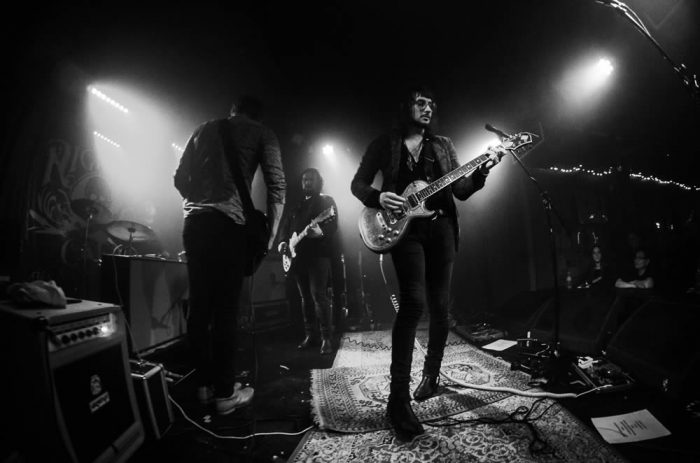 Dead End & Avenues is a cracking album, packed with tracks that feel so familiar, so refreshing and invigorating you’d be forgiven for thinking that it was some great lost album from 1970. It’s brimming with melodies and just about every recognisable rock motif you can think off. Amazing guitar pyrotechnics, piano and swirling Hammond organ. In fact If it had been released back then it would have been a huge hit. For a taste check out album opener ‘Soul’ below:

Despite my proclivity for modern punk, wonk and far-out there is no denying the quality and class of this release and the band live. Inevitable comparisons will be made with bands like The Black Crowes but I just hope that people see this album for what it is, a modern classic.

Maker are on Kidda Records and you can buy the album here: https://www.makerofficial.com/merchandise

All words by Nigel Carr©,  More writing by Nigel on Louder Than War can be found at his Author’s archive. You can find Nigel on Twitter and Facebook and his own Website. All Photos by Trust A Fox. More photos can be found Here Please note: Use of these images in any form without permission is illegal. If you wish to use or license any images please contact Trust A Fox