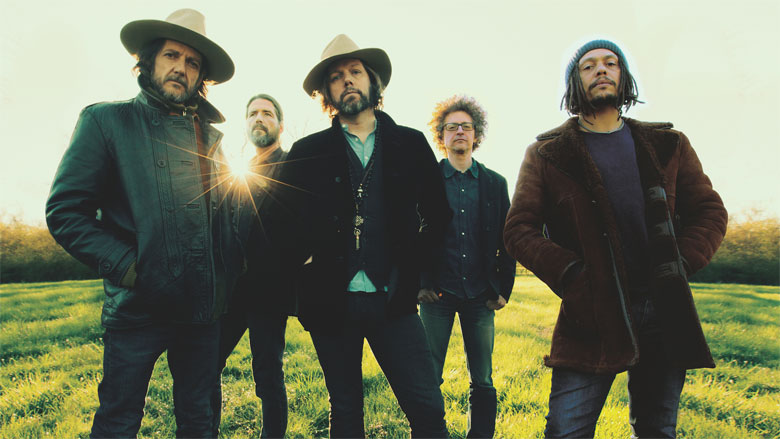 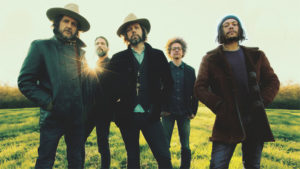 As we page through life, they return to walk alongside of us on bold new adventures at all the right moments. Such is the story of The Magpie Salute. For as much as the group represents a musical union of swaggering rock ‘n’ roll, psychedelic blues, and campfire-worthy storytelling, it also marks a reunion of musicians whose paths twisted and turned right back to each other. Matt Mead investigates The Magpie Salute and interviews Rich Robinson for Louder Than War.

Pulled together by guitarist Rich Robinson, it continued a storyline he began in the Black Crowes with guitarist Marc Ford and bassist Sven Pipien. Meanwhile, vocalist John Hogg shared Hookah Brown with Robinson as keyboardist Matt Slocum and drummer Joe Magistro both joined him for solo records and tours over the years.

Now, these six individuals conjure magic on their full-length debut of original material, High Water I (Mascot/Eagle Rock), for August 10th 2018 with High Water II to come in 2019.

The Magpie Salute first took flight in 2016 when Robinson assembled the original ten-piece incarnation for a now seminal Woodstock gig. The group went on to sell out four consecutive nights at The Gramercy in January 2017 chronicled with a historic Guitar Player cover featuring the two six-stringers. By the top of 2018, the band delivered a total of 77 seismic sets worldwide comprised of a 170-song repertoire of covers, Crowes’ tunes, and solo material. They unveiled their debut, The Magpie Salute (Live), topped off by one original “Omission.” By the time they retreated to Dark Horse Studios in Nashville with Robinson in the producer’s chair, the vision crystallized with the six-person lineup.

The band have since released their debut album High Water, a classic rock album, mixed with blues riffs, great rock vocals in the same tone as Daltery/Palmer, mixing in songs that wouldn’t be amiss in the back catalog of any classic 70’s rock outfit.

LTW: What was the first musical memory that you can remember?

Rich: I remember when I was 3/4 and my Dad was listening to Crosby Stilla and Nash Deja Vu, Carry On in particular he loved that song.

What was it about the music that caught your imagination?

I just remember when I was a kid we had one of those old console record players, which was almost like a piece of furniture, it was all wood and had the speakers built in, my Dad loved his music and used to listen to music on it all the time.

I bet you weren’t allowed to touch the record player?

No I wasn’t. I just remember that album he played on there a lot and it obviously stuck with me.

Was it just the music or was looking at the record sleeves and being able to touch them as a piece of art that interested you?

Absolutely. It all resonated with me, music comes across as something so interesting when you’re a kid to hear that music and that sound. I mean what a cool thing to hear those sounds so young you know.

I remember listening to songs when I was a child and wondering what was making all the sounds on the records, like what is that making that sound!? You don’t know it’s a guitar or a bass guitar or keyboard. What was the first music you purchased and got into yourself?

I remember being way into AC/DC when I was a kid. If You Want Blood You Got It, I remember getting that record. Obviously being a young teenage boy, when I listened to it, it was just one of those records that was unbelievable, it was amazing.

Did you always look back to that record I particularly or were there other records that were as much of an influence to go on and play guitar?

It put an electric guitar into a zone of mine. From the design of the guitar to the look of it and the sound of it and the power of that music, you think of AC/DC at that time, no one was like that at that time, it was intense and I was interested in learning to play guitar.

What actually made you pick up a guitar and start playing?

My Dad was a musician and he had a couple of guitars around. I started to pick up the guitar and we got to our own pace ofSgtrning the guitar. He also had a copy of Sgnt Pepper and a lot of other stuff. We just loved listening to music together and as I got older I picked up on R.E.M who were a big deal in the south where I was. Coming from the south and never really being into a like Leonard Skynard, but R.E.M was beautifully southern and something fresh.

Did you quickly evolve into you writing your own material?

I stared writing immediately. Basically my Dad showed me 3 chords and said ‘you’re on your own’ and that was about it, but I instantly started writing songs, both my brother (Chris Robinson, Black Crowes lead singer) staring writing songs together instantly, because music meant so much to us, so it made sense to piece these things together.

You’ve obviously had big success sign Black Crowes, one of my fav Records is 3 Snakes and One Charm, what made you make the jump from Black Crowes to your new band?

The Crowes broke up and in-between us breaking up every couple of years, coz my brother was trying to do stuff on his own, I started putting out my solo records, so for years I put own 4 solo albums in the break ups, toured and did my thing, but ultimately a couple of years ago when I was on tour with my solo stuff I was able to invite Marc Ford and Eddie Harsch down, and that’s how the band started.

How have the songs come to fruition?

This record was different in some ways that I’ve done things in the past, this record basically was us all putting things together to create a record. We started it back in January 2018 and after a while we discovered we had a lot of songs, we had 29 songs that we had finished recording. We finished 2 albums in one. It was all very exciting and it all just worked between us all.

It sounds very fresh in regards to your previous work, you’re exploring new musical dimensions, would you agree?

What people have told me that it sounds new and it sounds familiar at the same time and that’s a cool thing for me.