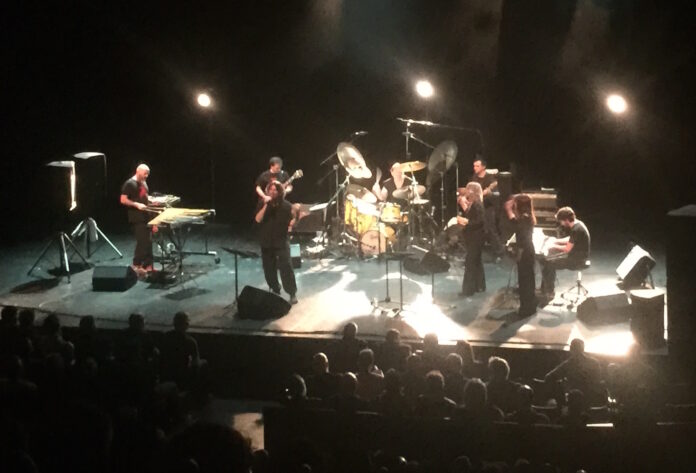 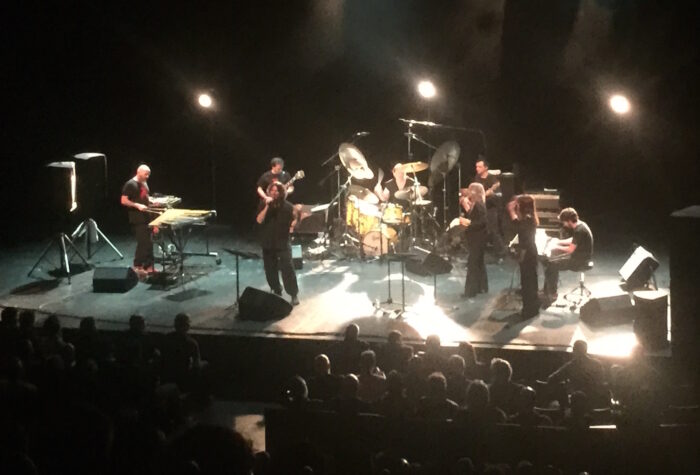 We live in an age of manufactured, prepackaged, committee-led music, but if you have a spare day or two to consider this, it’s amusing to ponder what sort of focus group it would take to come up with the magnificently unique concoction that is Magma. Active since the late 1960s and led by John Coltrane worshipping drummer Christian Vander, the collective have ploughed an impressively individual furrow taking in jazz, rock, opera, the hypnotic repetition of Philip Glass, the bombast of Carl Orff and the ambition of Wagner’s Ring cycle – and sang it all in Vander’s invented language of Kobaian. The results have defied easy categorization for four decades, often being referred to with affection by admirers as Klingon Opera, while Vander himself sidestepped the misleading prog rock tag by christening the genre he had created as Zeuhl. Not for nothing were the band lined up to provide the soundtrack for Jodorowsky’s legendary abandoned version of Dune – this was, and is, music for other worlds.

Even foreknowledge of this impressive history does little to prepare you for the startling magnificence of the Magma live performance.

The eight black-clad members – a frontline of three vocalists, with bass, guitar, keyboards, vibraphone and, after a respectful pause, Vander himself installed behind his carapace of drums and cymbals – walk onto the stage as though in preparation for some hitherto unimagined alien religious rite. They open with the darkly melancholic Kohntarkosz, originally released in 1974, whose mournful vocals sway in and out like a wake for a heretic monastic order.

Midway through, Vander and bassist Philippe Bussonnet engage in a musical duel which lunges, feints and grapples like the monsters at the climax of a Ray Harryhausen film. The singers intone, chant and swoop, the words having no English meaning and needing none. It is spectacular, spellbinding stuff.

Another ‘70s classic, Mekanik Destuktiw Kommandoh, then teases out a further protracted trance state as four notes spiral out in hypnotic repetition, with sudden stabs of tightly choreographed noise jolting the attention back into focus before resuming the tightly-drilled morse code. Vander stops playing and produces an extraordinary vocal intercession, speaking in tongues and adding a further layer of bewitchery.

Just to prove that 21st century Magma is the match of its illustrious past they unleash their most recent work, the monumental force of nature that is Slag Tanz, a piece of music which would fit with the greatest ease into the current live set of Swans. The stage lights pulse in varieties of lava red and great waves of sound crash down around us in with tidal force. While there’s no doubt Michael Gira has arrived at this point from a completely different angle, the results are startlingly similar – an enveloping, consuming, transformative flotation tank of sound

Finally, they encore with something which was at one point the eerie Zombies (Ghost Dance) from 1976’s Udu Wudu album, but is now propelled with considerable muscle by some phenomenal Vander drumming, the 67-year old providing a routine masterclass for the audience to digest at their leisure.

Magma have created their own world, to which we awestruck visitors are merely permitted a brief visitors visa, walking out into the night with our imaginations reconfigured to Kobaian.