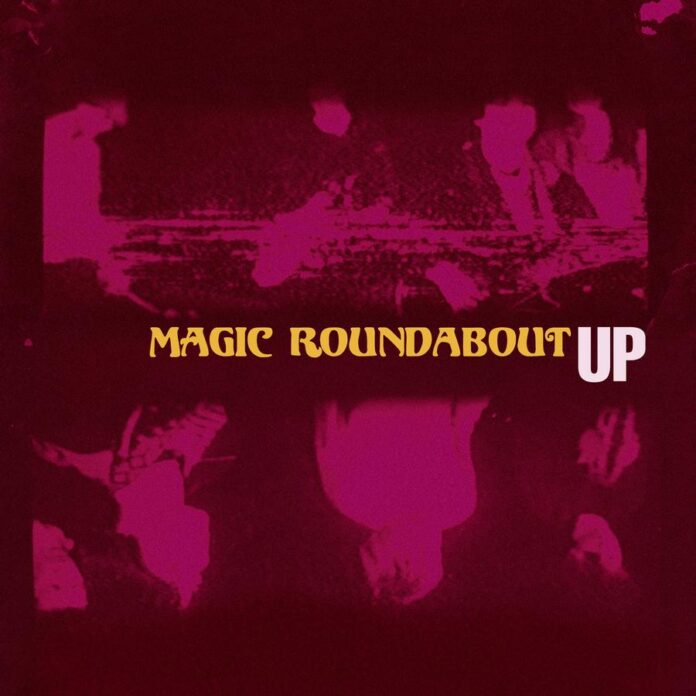 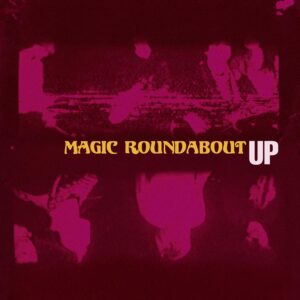 Magic Roundabout have always been a mystery to me as they cropped up in an era where I was really finding my feet with new music and the underground Manchester scene. The mid Eighties were always seen as dark industrial times when you scratched the surface of the underbelly on the scene. Just read the TJM story for a glimpse into that era of ask anyone who frequented The Boardwalk when it opened in 1984 and witnessed the many greats and unsigned bands that passed through during the years. MR were as underground as it gets and never released anything until now, thanks to Mark Webber from Pulp and Ian Masters from Pale Saints who unearthed these tracks which have been given the once over by Warren Defever of His Name Is Alive fame.

“Imagine you’re growing up in England in the mid-1980s. Not much to hope for, but at least we had music. In towns all across the country, isolated pockets of teenagers are discovering The Velvet Underground. Searching for radical role models in the present, some of us devotees of Spacemen 3; others align with The Jesus and Mary
Chain. Something was happening. We all formed bands, and Magic Roundabout are one of those that showed so much promise. We all had dreams. Some dreams take longer to come true”

“Magic Roundabout: The mysterious missing link between The Velvet Underground and pragVEC. How did the music industry miss these talented teenagers? They were fucking idiots, that’s how. From super-catchy pop songs to ambitious 20-minute improvisations, the band had everything but a recording deal. Ambitious live performances where friends were satisfied with spitting out fluff often forgotten in 2 and a half minutes. Finally, the tape that was thought to have been lost was discovered during a search for a lost newborn in Manchester’s slums, is now being remastered and presented for everyone to hear.
You lucky lucky mofo’s”

Thirty four years too late? Third Man Records say no and have released a gem of an album that sounds dated yet relevant in these times of experimentation and trying to take music further. First track Carol In Your Eyes has a hypnotic bass line backed with a shale of white noise and haunting vocals followed by a simple guitar riff that works. Cast Your Sadness has shades of early Joy Division and Spacemen 3 with that dark production. A simple bass line that has simplistic drums and weird sound effects to give that drone feel throughout. It’s trippy as fuck when the vocals eventually kick in. She’s A Waterfall is an excellent track. Dreamlike vocals over a slow picked simplistic guitar riff that has shades of psychedelia running through. Haunting, repetitive and a beautiful shade of Eighties drone that sticks in your earlobes.

Sneaky Feelin’ is probably the most commercial sounding track on here. Another great bass line kicks in and the tribal drumbeat, dirty sounding riff and echoing vocals give you a feel of early Stereolab recording demos in a dirty dank damp studio in a backstreet. Up is a lovely track that gives your ears a treat with those heavenly vocals and a guitar lick that builds into a ball of feedback that thrills and pushes the senses, backed by that tribal Mo Tucker influenced drum style that hypnotises you. It sounds simple yet clever in it’s delivery. Last track Alice’s Paper Plane is twenty minutes of pure fuckery. A spoken work piece by the mysterious Linda Jennings over a mountain of psychedelic trance like noise that could easily be lifted off A Saucerful Of Secrets. If Mark E Smith was a hippy he may have ventured down this path at one point in his illustrious career of visionary madness. It’s shambolic, mental, trippy and sounds like a stoned as fuck jamming session in The Boardwalk rehearsal rooms. A proper journey into experimentation that can be a difficult listen yet keeps you hooked from the start especially when the freaky keyboards come in after eight minutes. Clint Boon must have heard this band at some time and had a light bulb moment when laying down the early Carpets demos. I may be wrong yet I’m willing to take the flack.

A difficult album to take in on the first listen, yet dive in again and you’ll discover the pleasure of a young band who had the guts to do their own thing and ended up landing support slots with The Pastels, Blue Aeroplanes, Spacemen 3, Loop, My Bloody Valentine and of course Inspiral Carpets. They may have been lost for a while but they’ve come up with the goods and this is a great collectors item for anyone into that scene at the time.