Home Blogs LTW talk to ‘The Magic Mod’, Ben Taylor on his tour with... 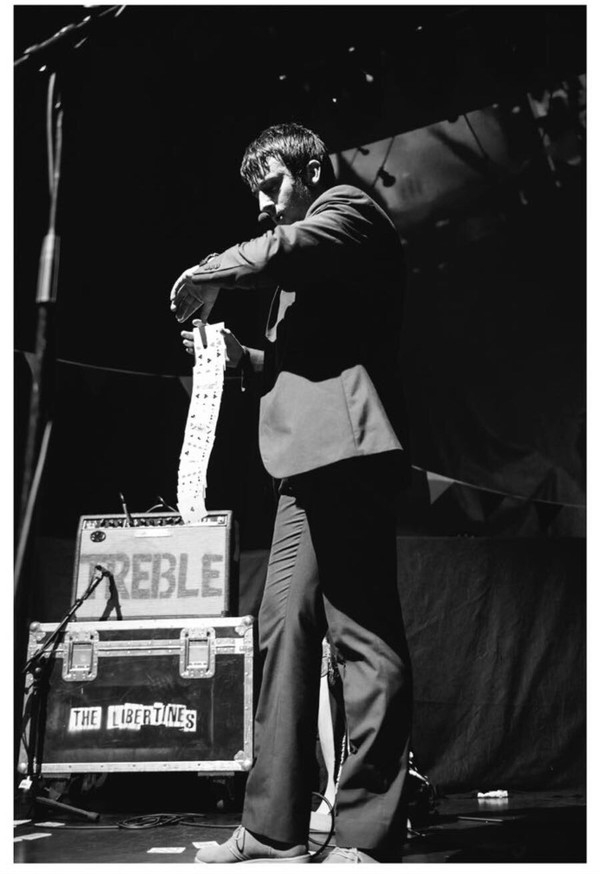 Meet ‘The Magic Mod’ Ben Taylor, for the last few years now he’s been entertaining both the crowds and the bands, including his own musical heroes with his own unbelievable bag of magic tricks. That’s including the likes of Liam Gallagher, Paul Weller and The Libertines, who took him on the road with them as their support act on tour. That and appearing on TV as well as on the festival scene he’s taken his act all the way. Here he talks about the highlights up to now and how it all actually started.

Hello Ben and thanks for stopping by LTW, firstly what was it which originally got you into the world of magic..is it something you found interesting as a kid?

The Magic Mod/Ben Taylor – When I was 6 years old my Mum and Dad got me a Paul Daniels magic set and the moment I opened it that was it, I was hooked. But never could I of imagined it was going to take me on this journey, it’s been really amazing.

What made you take it on as a career though, to do it full time?

I was at my sisters in Devon many many years ago and was messing about with a deck of cards and doing all sorts of tricks my sister’s fella said I should do it as a job I was like yea ok HaHa. Then he got a pen and paper and drew a few logos and said that’s it the magic mod and as they say – the rest is history.

..indeed as you’ve really come a long way with it haven’t you, even featuring on the TV on channels like Sky?

Yeah, performing on TV has always been a dream of mine, but it proves if you have the willpower and determination you can achieve anything. I made my first TV appearance when I was 20yrs old on a football show called ‘Off The Bar’. I was a guest with Eamonn Holmes and still to this day I remember what he said to me after filming –

“I’ve seen Dynamo and David Blaine and you’re up there with them names, that was the best I’ve seen”

The buzz I got from that comment was unreal, since then I have been on Soccer AM (up the Fulham) and another sports show with Toby Tarrant. That was lots of fun I always ended up taking the piss out of his dress sense, he’s a top guy though so I always felt bad.. HaHa. 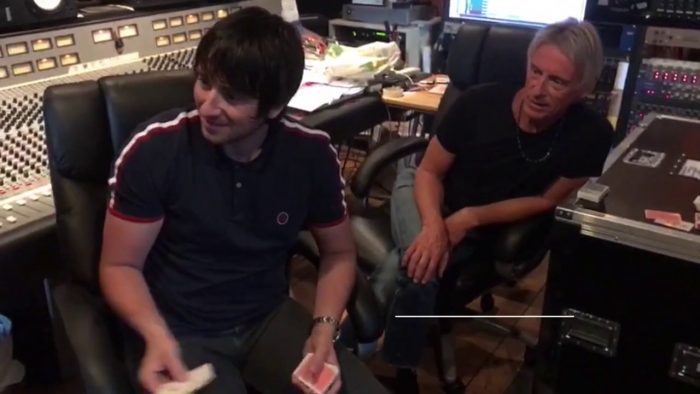 Was Dynamo ever an influence at all, as probably the first magician who brought his magic to the British music scene when Ian Brown did a video with him showing off some amazing tricks?

No chance, I’ve never been a fan of Dynamo at all to be fair. As we are so different, I like to have a laugh and not just walk off after I’ve done a trick. But I really admire what he has achieved and where he has come from and that is what motivates me on a daily basis. I was talking to him after his show in Brighton and told him just that.

Performing to the bands and artists is one thing but taking it on tour supporting a band like The Libertines is something else, what’s it like going on stage and performing at a gig Ben, to a crowd of hyped up music fans?

Unreal, one magician in front of thousands of people. like a sold out Brighton centre in front of more than four thousand people. I was a warm-up act and I enjoyed every moment of warm-up Carl rang me and asked me if I was up for it I was over the moon. Carl has always been supportive and I’m so so grateful to him, the band and crew for believing in me

The first couple of shows I was trying to find my feet, you know. Then we had a day off and I spent most of it writing up a new show/performance. It was after that the shows for me were amazing and went really well. The Plymouth show was incredible and the crowds were great, really into it. Lowestoft was another great show too but for me it was jumping down off the stage and into the crowd at Brighton that will always be a memorable moment. 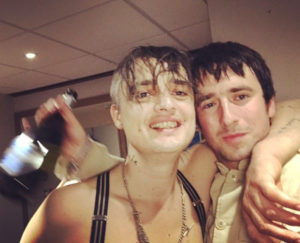 So which groups and artists have you performed your magic for, and who were the most amazed would you say?

Oh god, there has been so so many I’ll be here all day telling you, but the ones that stand out are my hero’s. Paul Weller was amazing to me and really helps me, the support he gives me is incredible.

Phil Daniels aka Jimmy/Quadrophenia, Phil is always a good laugh when ever I catch up with him, he loves seeing what new tricks I’ve learn’t since last time we met, a true legend. And Liam Gallagher, that was the moment I waiting for and he did not disappoint, Ronnie Wood was a cool one to show some magic to.

Liam Gallagher actually called you ‘the coolest magician about’. Whats it like doing tricks and magic for one of your all time fave artists?

I have Carl Barrat to thank for introducing me to Liam, it was backstage on This Feeling and Red-Strip TV and was amazing event. I was in a leather parka, smart jeans and desert boots. All Pretty Green and he noticed it and said “your the coolest magician I’ve seen” ..or something along those lines.
When he asked me to show him a trick I showed him one of my favourites. He was a real gent and loved watching me performing my magic, and enjoyed the chat we had after.

What would you say are the tricks you perform which are probably your stand out moves, and why?

My style of magic is cool and funny. Imagine a mix of Lennon, Tommy Cooper, and Paul Daniels all in one, and you get the Magic Mod. I love to have a laugh and I reckon it reflects within my performances. My favourite kind of magic is ‘card magic’, I always have a deck on me ready to show anyone who wants to see a trick. 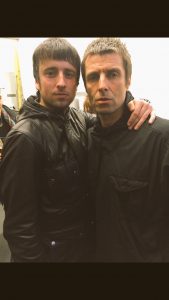 What’s been your biggest moment up to now would you say, and what are your plans for this year..more TV and maybe touring with a band agian?

Last year was incredible and I still can’t believe it happened to me. I did festivals, TV, tours, private functions and many other events. But this year I’m gonna go one better so all I’m gonna say is watch this space.. and please follow me on what is becoming an unforgettable journey.

How about your favourite groups and albums. Who are your own personal faveourite mod groups, and also which new groups and artists are you into right now?

For me, The Jam are hands down my favourite group. ‘Setting Sons’ is a master piece and ‘All Mod Cons’ too. Also The Samll Faces and Oasis too. Music plays a massive part in my career and it’s helped me out a lot

New groups out there, I’m loving The DMAs, Bang Bang Romeo and Sheafs band, I love the sounds and energy levels. I’ve seen them all live and would recommend them all to everyone.

If you could pick just one artist or group you’d love to get the chance to show some of your magic too..who would it be, and why?

That’s a tricky one as I’ve been so lucky to have met all my hero’s, and I mean that. It’s been a dream come true but if I had to pick someone it would be The Who maybe. That would be very cool as they played a big part in me really getting into the music and becoming a Mod. Ringo Star would be another cool one too.