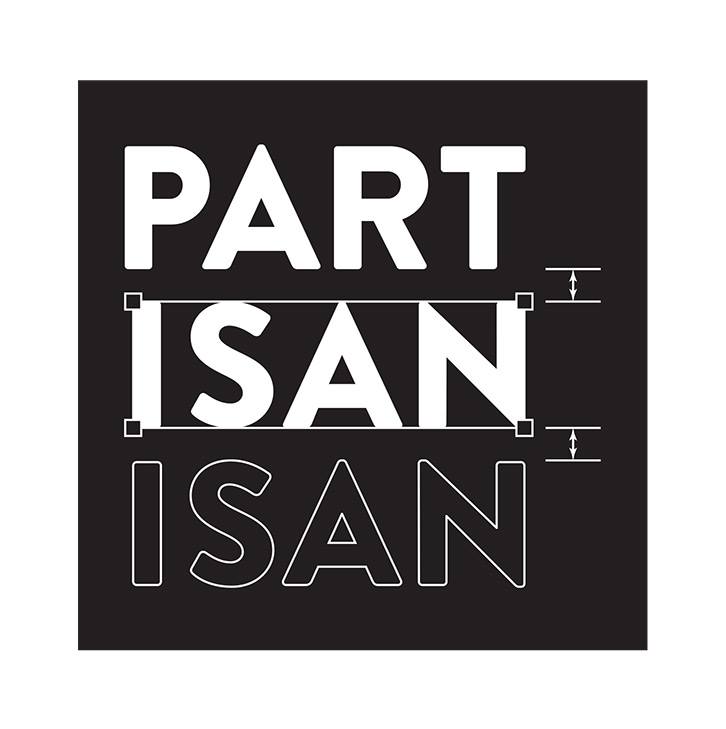 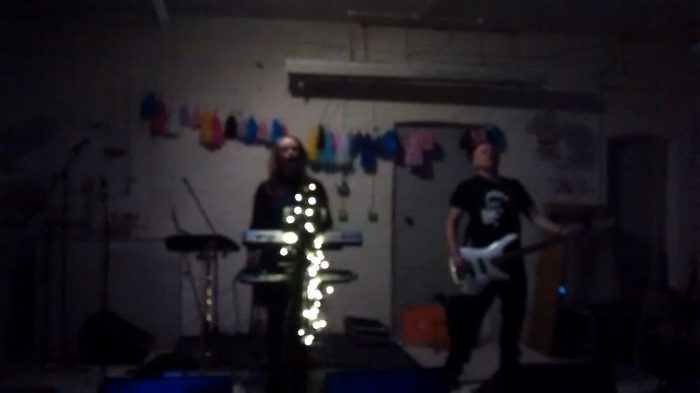 It is automatic at the end of a year to look back on the course of events – especially creatively, when covering a certain field. Louder Than War’s Emily Oldfield reflects, reviews a NYE event at Partisan Collective like no other, and looks forward…

In Manchester especially, one of the ways the city showed its solidarity following the atrocity of the Arena Attack on 22 May, was to carry forward in its creativity, coming closer in culture. The Manchester Creative Collective met together at Jimmy’s NQ for an emotional night featuring stunning sets from ARGH KiD and The Moods amongst others.

I attended inspiring gigs including but not limited to The Sandells, The Slow Readers Club, Caro C, Kite Base, saw Sailing Stones with James Holt and Hannah Ashcroft at The Eagle Inn, a series of AnalogueTrash live events, listened to lots of German Shepherd Records, attended the city’s own SONDER Festival, a visit from the Away Days featuring Mark Corrin, Luna and Rishi Saluja, became acquainted with new artists including KAZE, Indus Traps and Mica Millar and watched the continuing transformation of local talent including St Lucifer, Rose and The Diamond Hand, Demur, Some Kind of Illness, Crimsons, Maddy Storm, Little Sparrow, ded.pixel, Weimar, CopperStep, Factory Acts, Modern Family Unit and ILL.

In turn, and as the word ‘transformation’ implies – there is plenty to look forward to too. This seemed all the more evident as I spent New Year’s Eve 2017 at Manchester’s relatively new cooperative arts space Partisan Collective. It is a surreal venue which seems to smash together the industrial with the communal – a grungy basement club space combined with a more chilled-out communal room upstairs, set on Cheetham Hill Road a short distance from The Manchester Arena.

The NYE line-up was eclectic and ambitious, featuring bands from 8-11pm, followed by DJs until 4 in the morning. Although the atmosphere started off quietly, the bands on early in the line-up seemed to complement, even make a kind of craft out the subdued vibes – meaning that their lo-fi sound had a certain enigmatic resonance to it. An example of this was Clever Wilson, a new 80s-style surf pop band who set the tide rolling for the evening, channelling elements of fuzz to fuel an almost nautical kind of groove. Naughty.

And speaking of naughty, up next were The Whatevers – colourful sister project of local art collective Yiiikes! – a female duo playing tongue-in-cheek, 90s-chic tunes all on the theme of Clueless. That’s right – and using just a guitar, drumkit and vocals – it impressively still had drive. Testament to their ability on the instruments; plus an energy and enthusiasm which is the type sure to keep me coming back for more. Who knew a tune on the matter of ‘You’re a virgin and you can’t drive’ could be so catchy?

‘Become a member, get involved’

What compromised the bands a little perhaps though, was the situation of sound. The sheer variety of the groups performing, the differing numbers of instruments and the DIY nature of much of the rigging meant that keeping the sound at a suitable level for all involved was sometimes a struggle. At times the audience were working to decipher the vocals, whilst at other points the people on stage seemed to be fighting through stints of feedback.

But this seemed to be part of the creative good – and actually added to a greater cumulative effect; which is, in a way, what Partisan Collective is all about. It’s a space for independent cultural based projects in Manchester – and crucially, opens to various community and culture groups for free, both during the day and in the evening. Awesome. In turn, it is by going along to events whilst the venue is still in its DIY stages, by paying the ticket fee or becoming a member, which is key to keeping it open – and allowing it to invest in new sound technology.

It’s ethos of accessibility and acceptance is spot-on and so I think accepting early hiccups is part of the process in interacting with it. Plus seeing the bands make the best of it was testament to themselves as artists and added to the interest – with Errant Monks, Manchester’s underground electronic noise pioneers putting in on an experimental live show with impact. 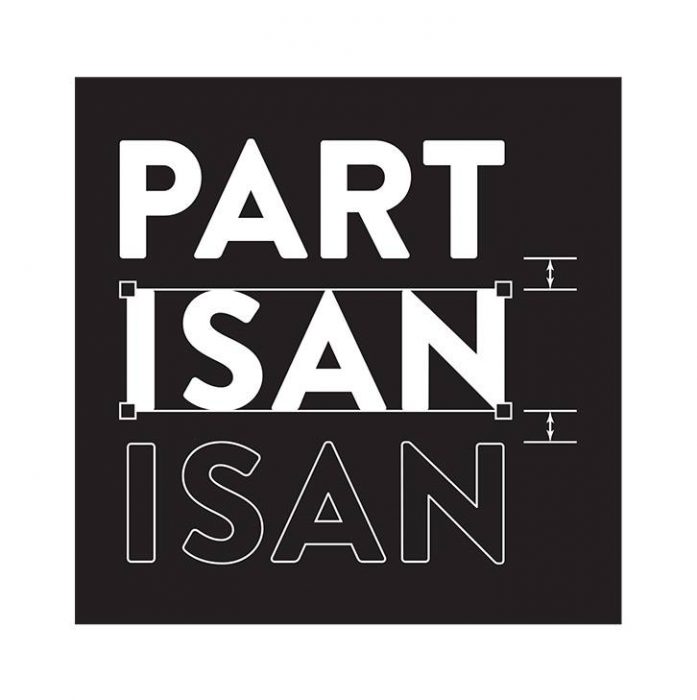 To follow were Factory Acts, a post-punk dark-electro duo I have followed through much of my time covering gigs in Manchester. And they did not disappoint. Having seen them previously on stages including at The Ruby Lounge, where the contrast of light and dark and sense of separateness between stage and audience is much more acute… this was a different experience… and one the duo took to well.

‘Harnessing the hot raw energy of the accumulating audience’

They opened boldly on ‘Signal’, with Matt Davies bringing bold, almost beat-setting bass guitar combined evocatively with Susan O’Shea’s (SOS) emotive vocals which are capable of soaring between haunting heights and delving depths, all with apparent effortlessness. Notable, whilst the room seemed to ebb and flow with the subdued, subtly seductive tones of the bands before, Factory Acts stood out – harnessing the hot raw energy of the accumulating audience and making them move the beat. ‘Signal’ indeed is a track with its own evocative hand signals to accompany the lyrics, whilst ‘Rendition’ – although an instrumental in itself, still managed to be sustained and enchanting.

Artfully evocative were the blistering bursts of electronica over the almost chant-like rendition of the stand-out track ‘Americans With Guns’ stinging with irony, but also emphasizing the sick reality, of gun laws in the US – following on from a year where this has been all-the-more painfully evident.

The tunes of ‘Fantasy’ and ‘Leave the World To Us’ followed, with articulate expressive basslines emboldening shimmering electronics and the captivating voice of SOS which combines for Factory Acts’ signature sound that works so well. Closing with ‘Animal Spirits’, its lusciously layered progression and ever-increasing levels of intensity seemed to be an ideal invitation to party. Excellent.

For that’s a key part of New Year’s Eve – celebrating – something both Factory Acts and the Partisan Collective are indeed very deserving of. Whilst Factory Acts are likely to be busy with new material in 2018, Partisan themselves have a jam-packed few months ahead – with a range of events and meet-ups you can get involved with including the likes of Manchester Solidarity Federation Meetings, SURGE creative workshops, Jam and Justice meetings, West African dance classes and much more. Check out their website for more details – and you can sign up to volunteer there too and be part of its creative cooperative system.

There certainly was plenty of creativity there on NYE – with an array of DJ sets to follow including rising star Chekov known for his recent Manchester appearance at Kiss Me Again, Manchester based Nick Kagame who is the creator of Dust Off, and also Adam H and acidhousedeathsquad.

And there’s plenty more to look forward to, even just this month, across Manchester. ‘Manchester Meltdown’ is an upcoming series of nights curated by Ian ‘Moet’ Moss and set to take place at The Peer Hat in The Northern Quarter – featuring regional live acts on Wednesday evenings. The first takes place on Wednesday 3rd January and features Poppycock, Weimar, Julia Nelson, Nick Alexander and Four Candles – and acts coming up later in the month include the likes of Adventures of Salvador (10 Jan) Factory Acts (17 Jan), Drink and Drive (24 Jan) and Mark Corrin (31st Jan), with many more artists involved too.

And looking like a scream on the 12 Jan – there’s False Advertising with ILL (releasing their album this year too on Box Records), Freakout Honey and Bleached Bones at Band On The Wall.

Other hotly-tipped events include L-space, OLA, espher, and IORA with KITS DJs at Withington’s Fuel Cafe Bar on the 20 January and the This Feeling – Manchester ‘Big in 2018’ event at Jimmy’s NQ on 20 January with an array of bands set to make an impression this year including Wulfman Fury, The Jade Assembly, Generation and The Racket. Starting festival season early too is the new Tilted Music Festival at the Peer Hat with just some example of artists featuring being Billionaire, Mutabase and Vieon on the 27th.
What’s that about January being a ‘quiet month’?

Thank you for a brilliant 2017 of creativity and enthusiasm. Bring on 2018.

Photograph (of Factory Acts) taken by the Writer, graphic – Partisan Collective. I also want to take this opportunity to thank all the fantastic photographers who have allowed me to use their photographs for articles over the last year including Shay Rowan, Melanie Smith, Trust A Fox Photography, Paul Husband, Paul Samuel, Robin Linton, Zarina Akhtar, Aidan Cross, Susan O’Shea,  Georgina Robinson, Iain Farrell, Nick Benke and to anyone else who has allowed me to collaborate. Thank you.