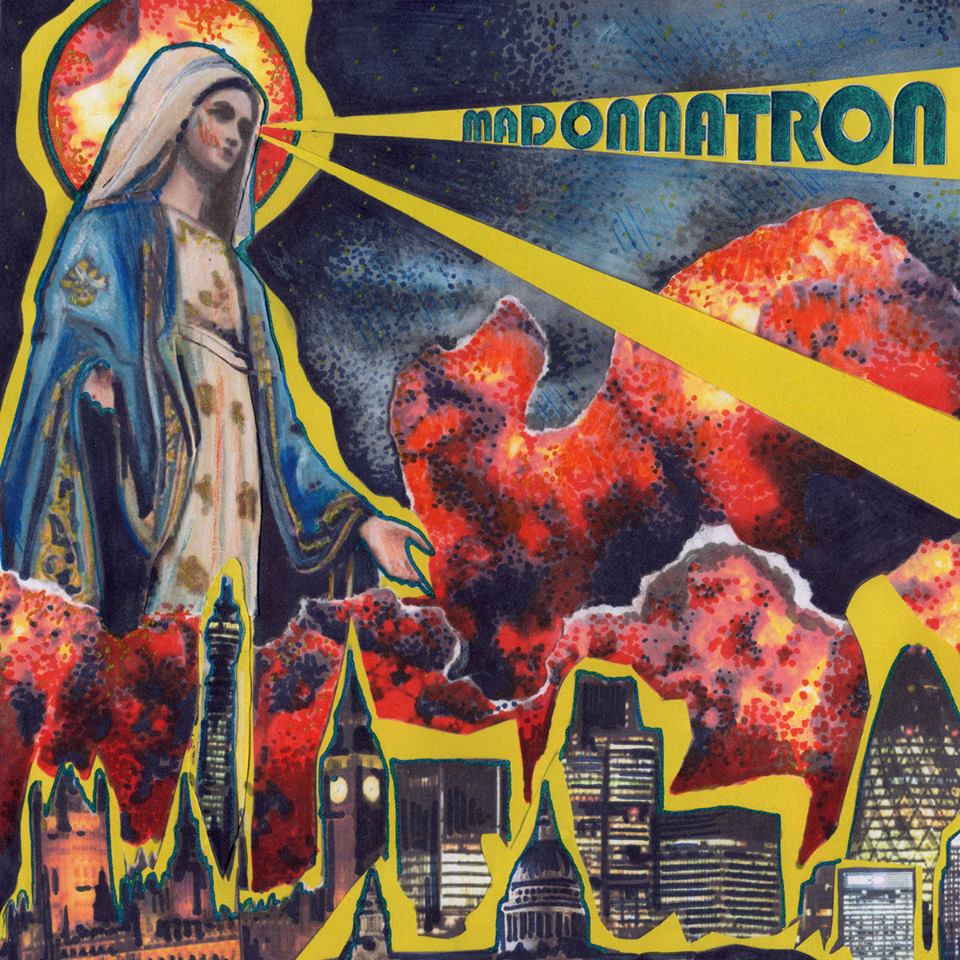 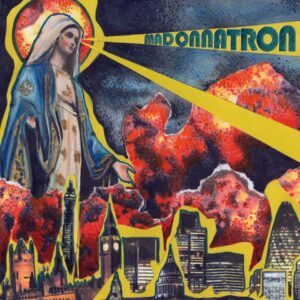 From the first tinkling notes of Tron, the understated menace that typifies Madonnatron’s sound rears its head. The new video for the single has both a sultry and sullied quality and fits the song to a T. With darkened oriental interiors and deserted corridors framing the action, some of South East London’s finest undead make an appearance in this video by redoubtable local talent Lou Smith. His connection with Trashmouth and the bands playing in the area is well known, and he manages to bring out the personality of the bands in his work.

Fake Bush provides the echoing vocals as the rhythm kicks in and the action kicks off. The initial shots are in an interior with a dark, Victorian feel, decorated with the eastern artefacts. As she sings, flashed images of riots punctuate the words, ramping up the tension of this smouldering track. The rest of the band appear around her chair as she drinks amber liquid, clamouring to touch her, but she remains impassive, continuing her relationship with the camera.

The ladies of Madonnatron are no shrinking violets. The action moves to a faceless corridor, suggestive of a hospital or office high-rise. Pale, dark-eyed men line the walls in disarray. Members of Madonnatron move through them, touching them; making their choices. The men seem sometimes reluctant, sometimes yielding, but the women seem in control. They explore the side of femininity that kowtows to no one. The music has a ritual, chanting quality; spectral and unearthly.

Then the men turn. Drummer Beth Soan falls to the zombie hoard. It seems that the others, who have had a more seductive relationship with the shuffling, sunken-eyed males, also fall prey. Moving to the beat, the mob are animated by the music; Madonnatron reach out to both the living and the dead. Only the singer is left, sitting alone in the darkened room amidst the Chinese masks and lanterns.

Still a fairly new band, Madonnatron have developed a unique and exciting sound. Their sensual, atmosphere-laden music is a breath of fresh air in a scene that can sound bland. Tron, like predecessor Headless Children, is a testament to their current strength and future potential. With their first self-titled album release on July 29 and a launch party at Brixton Windmill, These ladies are going places.

Find out more about Madonnatron on their Facebook and Twitter.
All words by Roxy Gillespie. More writing on Louder Than War can be found at her author’s archive. She Tweets as @RoxyG100.