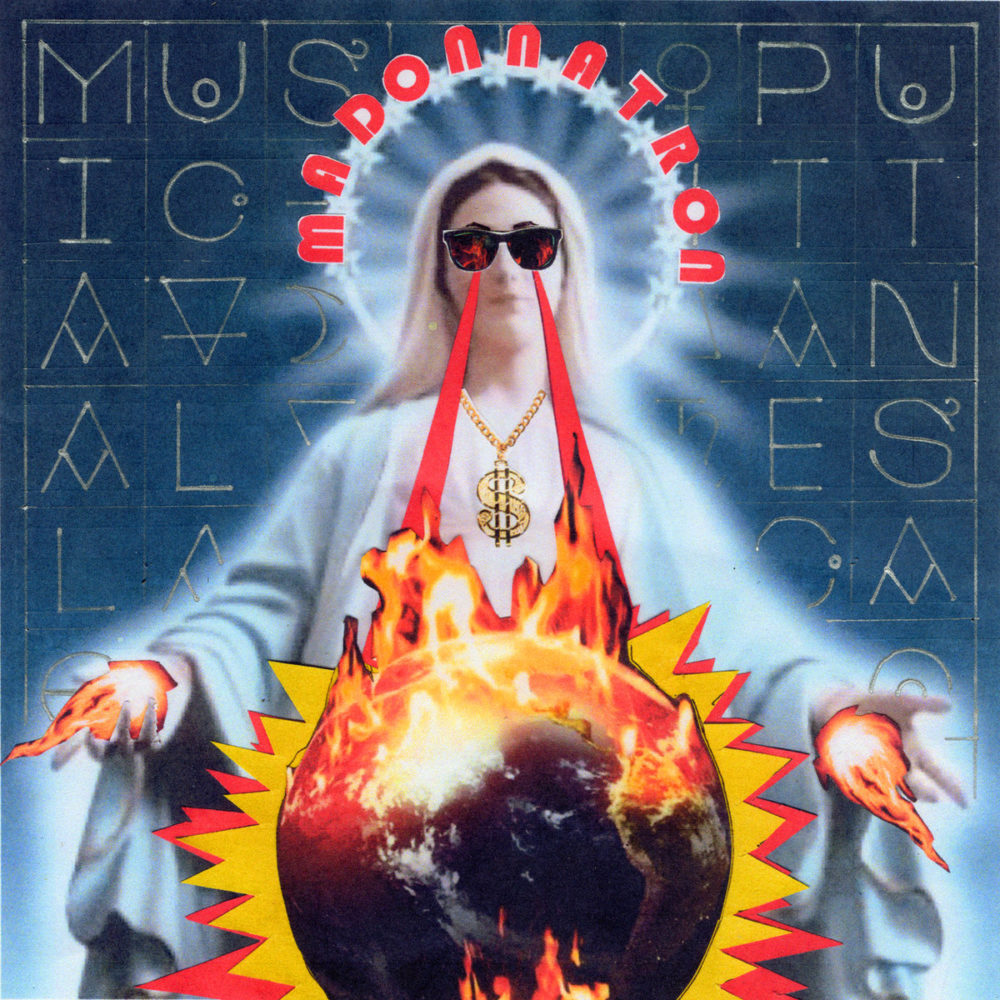 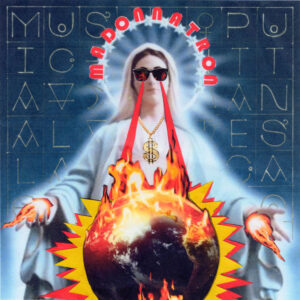 The queens of darkly strong femininity Madonnatron have brought out their second album Musica Alla Puttanesca on Trashmouth Records. To add to the excitement, they are currently on tour around the UK and also have two European dates in Paris and Brussels, and have a slot at Glastonbury 2019. Aside from the recent single, Goodnight Little Empire, which is probably as up-beat and radio friendly as Madonnatron are likely to get, the album is full of more sinister and faintly deranged tracks that are truly fine. At the edge of madness, knife hidden firmly behind the back, is where Madonnatron excel. Musica Alla Puttanesca certainly does not disappoint.

Goodnight Little Empire, as already mentioned, is the closest track to anything that could be described as mainstream. However, this is Madonnatron, so there is still an ethereal feel to this catchy tune. The album continues with Bone Dumb Grunt which starts with child-like, almost demonic chanting on top of retro synth rhythms and continues with sultry, dangerous vocals; classic Madonnatron territory.

The guitars give an ominous feel to Sweet Serina before the vocals even begin. There is a Latin feel to the tempo which works well with the content. Flesh Pond is a great guitar driven track with initial dead-pan vocals until the chorus brings them to life, making for another great track.

Sucker Punch is a track where the drums drive the song onwards with good guitars and a ghostly feel to the vocals. Where the continuingly pure vocals juxtapose with the increasingly manic refrain of “If I had the time, if I had the money” it hangs together beautifully. Blue Pill has a pleasing discordant feel like a hangover after a great night out. Full of slow-burning sensuality, it is another winner.

The spooky synths on Nightmare In Silver joined with the military drumming topped with great guitars give this alien attack piece a menacing feel. Elizabeth Taylor is a true dirge with a soaring spectral overlay. It feels initially like a New Orleans funeral procession is passing. The vocals and lyrics are heartfelt and beautiful; a stunning track. The album ends on Venus and Rahu, full of rhythm and chanting; powerful and hypnotic.

Having seen Madonnatron develop, this album is something truly special. Having various vocalists always works well for them and they use it to fantastic effect. There are many stand out tracks here, including Bone Dumb Grunt, Sucker Punch and Nightmare In Silver but the best track is probably Elizabeth Taylor, which many more acclaimed artists would fail to do justice to. These girls might not make you dinner but they are quite happy to stun you with the quality of their music. Musica Alla Puttanesca is pure class.

Find out more about Madonnatron here. They tweet as @MadonnatronBand.