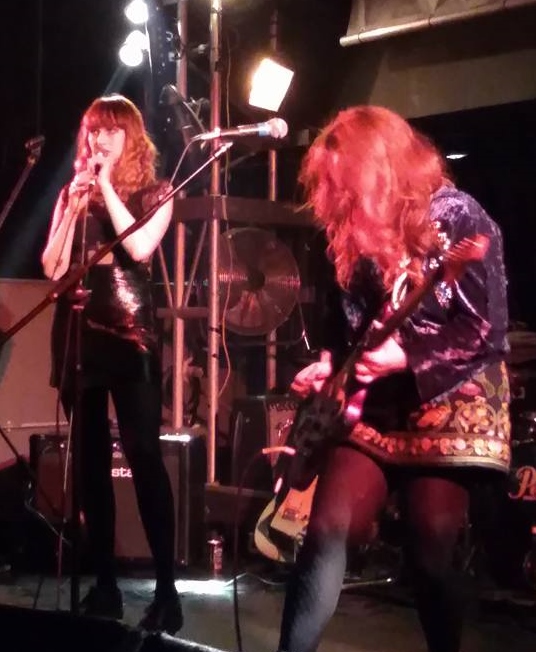 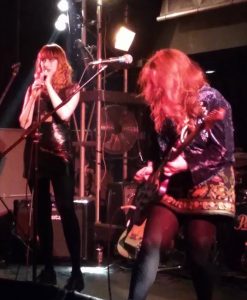 Louder Than War’s Roxy Gillespie experiences a wild, exhilarating night with four top-class performances at District in Liverpool, culminating in a powerful, sultry set by Madonnatron.

You know it is going to be a special kind of night when you realise Jo Mary are the opening act. Easily good enough to headline, they brought their sleazy, bluesy sound to the District crowd. Considering this was their first outing with their new drummer, things flowed pretty well with the new line-up. Starting with Pissed Off, they were soon into their stride. By the time they hit the singles Chewed Up/ Spat Out and Wife Song, the crowd were loving the strong guitars and blues/rock madness only Jo Mary can provide. The only problem with being first on is the amount of stage time you get -just a taster of the excellent Jo Mary experience.

Melt Dunes provided a multi-layered wall of psychedelic sound from the outset. Their set was an amazing musical dreamscape. The vocals felt more like another instrument than the main focus, which worked really well and added to the ever-changing music being played by the rest of the band. The music flowed, morphing and changing as their dark, rocked-out psych brought tracks like Epic, Vile and the single Grotesque to the audience. Melt Dunes don’t make things easy for you; their music demands attention. Finishing on a track yet to be named, their stunning set left the audience reeling. Very special.

The stage was pretty crowded at the start of the Wild Fruit Art Collective’s performance, as members of Jo Mary joined the fun for the first two tracks. The extra tambourines, backing vocals and general messing about was a lot of fun.  It certainly didn’t stop Wild Fruit Art Collective from bringing their intricate doom-laden magnificence to the audience. The band are innovators and a couple of the songs hadn’t achieved a title yet. They played their recent single, the excellent Fabric, and also covered Slice of Heart (Rongorongo). As ever, the music and vocals were full of feeling, and the force and sombre resonance never wavered.

Madonnatron may have been dressed to kill, but it was the music that was doing the slaying. Atmospheric and a little sinister, their set was full of energy. Their simmering sexuality has a bitter edge. Starting with Be My Bitch, any expectation of a cutesy, girly set are quickly dispelled. More likely to kick you in the balls than make eyes at you, Madonnatron explore the darker, gutsier and rather pleasing side of femininity. Songs like Glen Closer bring the flip side of attraction, obsession, to the fore. The shouted chorus to Mother’s Funeral is a snarling masterpiece. Old favourites Headless Children and Bad Woman continued the bad girl vibe. The band make full use of the differing vocals the band members possess, giving the set variety and sometimes a ragged harmony. This is powerful stuff; the stuff some men’s nightmares are made of. There is no controlling these ladies – they are doing it their own way. The set finished with the new single Mermaids and their first single, a brilliant rendering of Sangue Neuf. All round brilliance.

The crowd seemed to enjoy the night and there was a lot of dancing at the front, including a pit made up entirely of members of Jo Mary during the Wild Fruit’s set. With Local bands Jo Mary and Wild Fruit Art Collective, Melt Dunes from Portsmouth and London ladies Madonnatron, the night was a north/ south split. All of the bands could have held the headline spot; the musical quality was superb. If this is the current state of live music, bring it on.