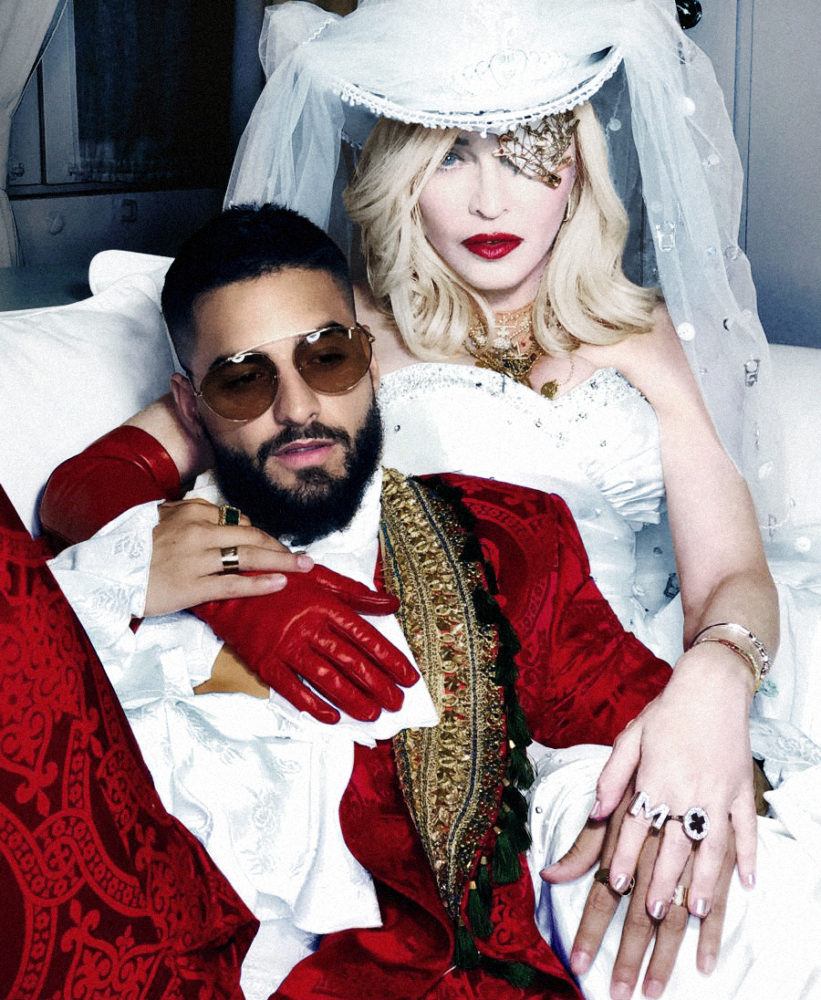 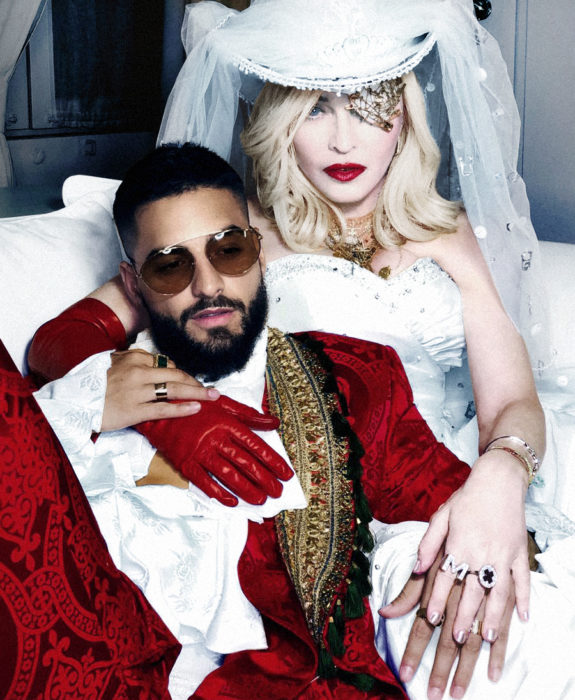 Madonna has announced the impending release of her 14th studio album, Madame X, which will be released globally on 14th June via Live Nation, Interscope and Maverick.

A taster track, ‘Medellín’, which features Colombian superstar Maluma (pictured with Madonna), was premiered by Zane Lowe on Apple Music Beats 1 on 17 April and is available to stream and download via Apple, Spotify and Amazon.

The album is available for pre-order and those pre-ordering will also get a download of ‘Medellín’.

‘Medellín’ opens with Madonna counting in a dance rhythm over a salsa beat, signalling that her time in Lisbon hasn’t been for nothing and that she is intent on immersing herself in the sounds of the region. The song has a salsa rhythm and phrasing, but it also feels very modern, and not just because of the heavy use of vocoder on Madonna’s vocals.

Maluma proves to be a great collaborator, matching her but not upstaging her, weaving in and out of her vocals in a way that feels complimentary and enhancing. Although Madonna has expressed a musical interest in latin music and culture before, her return to the sounds of salsa and flamenco feel very well timed alongside the work of upcoming artists such as Rosália who are making their own innovative experiments with Flamenco and R&B.

‘Medellín’ will do very well on dancefloors this summer, thanks to it’s rhythms and overall sunny feel, but it also has the potential to last beyond the summer. It’s a bit of a Trojan horse: There’s more going on in there than you initially think.

Because Madonna is such a visual artist, it comes as no surprise to find that big things are planned for the launch of ‘Medellín’s video. A special MTV music event, MTV Presents Madonna Live & Exclusive: Medellín Video World Premiere, is scheduled for 24 April at 9pm BST/4.00pm ET/1:00pm PTAs. The press release says:

“Madonna will join British DJ Trevor Nelson and fans live from London for a conversation about the influences of her new album, and the creative forces behind her transcendent career.  “Medellín” collaborator and Colombian pop star Maluma will join live from Miami. Madonna will also take questions during the global event via satellite from MTV’s Sway Calloway and fans in New York City, with additional MTV-hosted events in Milan and São Paulo.”

As regards the direction of Madame X in a general sense, it will be latino drenched, both sonically and linguistically, with the 15 songs featuring Madonna singing in Portugeuse, Spanish and English. There’s also mention of Jamaican dancehall on the track ‘Future’, which features Quavo and is co-produced by Diplo. Mirwais has reprised his role as producer on many of the tracks, and Mike Dean has also produced.

“Lisbon is where my record was born,” Madonna says. “I found my tribe there and a magical world of incredible musicians that reinforced my belief that music across the world is truly all connected and is the soul of the universe.”

The full track listing for Madame X standard and deluxe versions are: