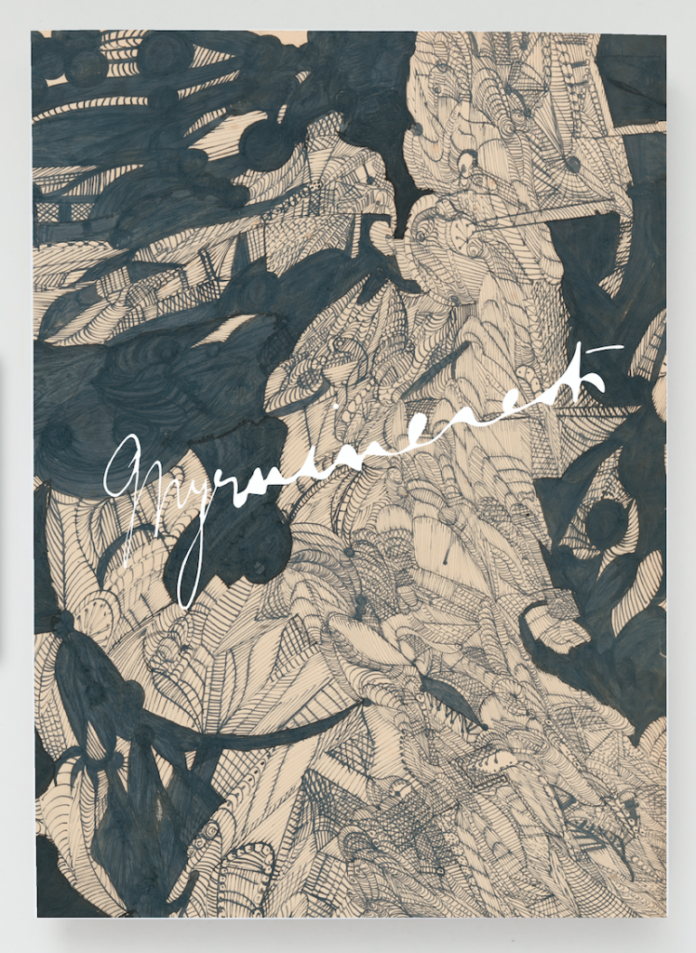 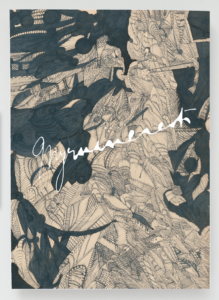 Collecting together the drawings and embroideries of outsider artist Madge Gill, this new book from Rough Trade serves as the perfect introduction to her beguiling world. Elliott Simpson reviews.

The world of outsider art is a fascinating rabbit hole to head down. Referring to artists who are self-taught, often working completely independently from the wider artistic community, there’s something wildly unique about the work they produce. Often, there’s a certain childlikeness and naivety to their art – a human quality that’s harder to find in the work of more technically skilled artists.

Madge Gill is one of the most extraordinary artists to fit the term. Born in the late 19th century, she produced a staggering amount of art during her lifetime. Much of her work was created at a feverish pace, with Gill crediting her art to a spirit named “Myrninerest”. Though she didn’t receive much acclaim during her lifetime, rarely exhibiting her work, a cult following has built up around it in the years since her death.

This new book from Rough Trade is perhaps the most complete collection of her work, including several never-before-seen embroidered pieces. There’s a staggering amount of art to get lost in here.

The most common type of art Gill produced was ink drawings on blank postcards – of which there are thousands. These make up the bulk of the book and have a gorgeous and haunting quality to them. The same themes pop up again and again in Gill’s drawings. A woman’s face is featured in almost all of them, as well as intricate, sprawling patterns.

Another area of Gill’s art that this book places focus on is her large-scale embroideries. The sheer size of many of these is staggering, often dwarfing the woman who produced them. Like her sketches, they feature wild, interweaving patterns. This is the first time so many of them have collected together and many of them have never been displayed publicly.

The appeal of Gill’s art is difficult to put into words and, due to her self-taught background, it doesn’t really resemble that of any other artist. Each piece feels extremely personal, as if she’s offering up a part of herself.

Also included in the book are a number of essays, which provide background on Madge Gill herself. As you would guess from her art, Gill’s life was a pretty tragic one. The biographical details do a good job providing additional insight into why certain themes pop up in her art so frequently.

The book contains several interviews as well. These include ones with those who knew Gill during her lifetime as well as admirers of her work. These provide some fantastic critical insights into her art – exploring its unsettling appeal – and help piece together the enigmatic artist just that little bit more.

Whether you’re familiar with Gill’s work or not, this collection serves as a stunning introduction. It’s beautifully put together and contains hundreds of drawings and embroideries. There’s no better gateway to the world that Madge Gill and Myrninerest crafted.