Home Music Madchester Xmas party, LTW speak to one of the events DJ’s –... 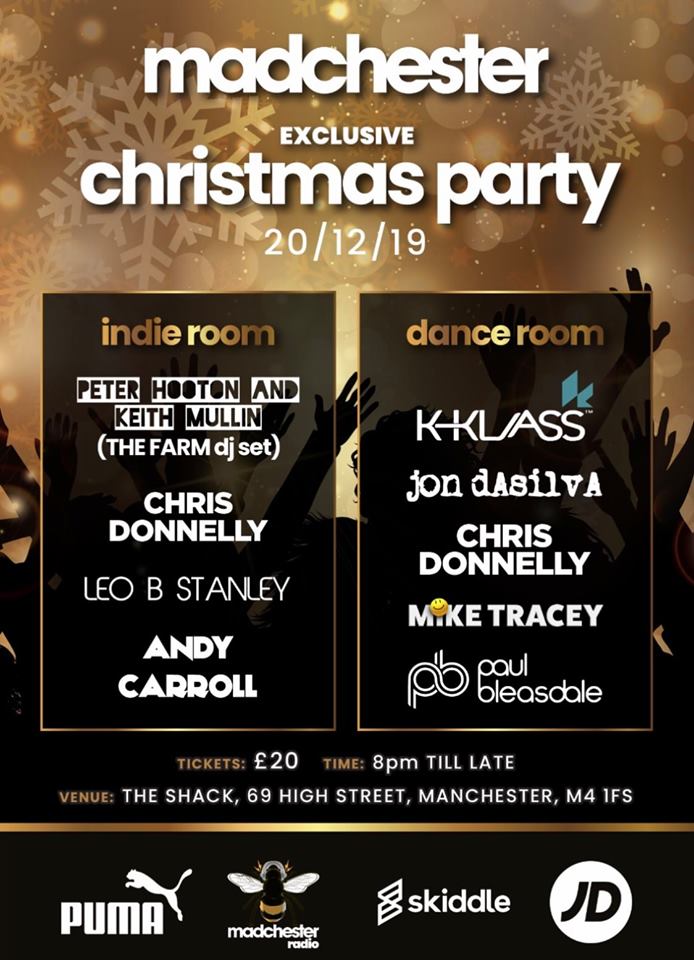 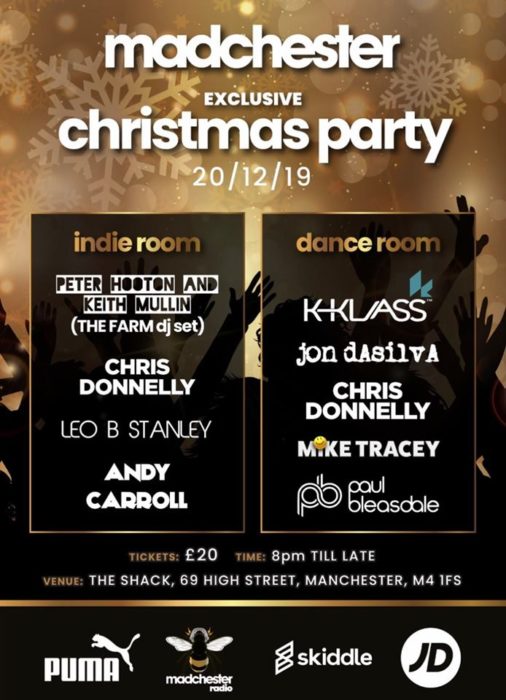 This Christmas will see Madchester promotions stage one of the cities biggest parties with a line up of DJ’s including the likes of K-Klass, Cream’s Paul Bleasdale and both The Farm’s Peter Hooton and Keith Mullin. Playing a mix of indie classics to legendary acid house anthems, and all going down at Manchester’s ‘The Shack’ on the 20th of Dec.

Also featuring DJ’s synonymous to that so celebrated Madchester era with people like Leo B Stanley (identity clothing/’..and on the sixth day God created MANchester’) pic below 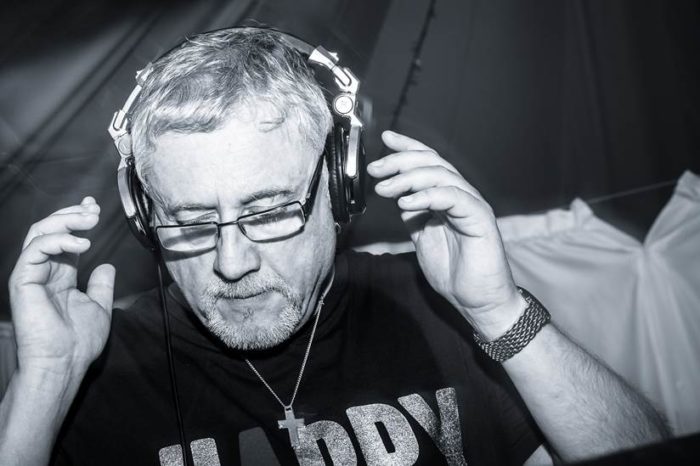 ..and one half of the cities infamous acid house pioneers ‘The Donnelly Brothers’, with Chris spinning tunes in both the indie and dance rooms – Madchester vibes will definitely be ‘in the area’ on the night at the city centre venue. Louder Than War quickly spoke to one of the main headline DJ’s playing the Madchester Xmas party, The Farm guitarist Keith Mullin (below) who talks about his set, records and what it means to him to get up there and play those tunes.

What is it you most enjoy Keith when it comes to DJ’n?
KM – Well, we don’t consider ourselves DJs really, we’re musicians that get the opportunity to play our record collections to people that may want to listen. You could possibly say we’re dedicated bedroom DJs, that specialise in indie music, old school dance classics and whatever else has recently blessed our ears.

Can you give us a taste of the type of tunes you play and will be playing on the night?
KM – Mixing the odd with the sublime in the tradition of Balearic Beats. Anything from ,A Man Called Adam, Kraftwerk, Run DMC to the Blue Nile, The Clash to Bob Marley, Bodega to Stormzy and Fontaines D C to The Ramones, expect some surprises.

check out the lastest news at Madchester’s Facebook page – https://www.facebook.com/realmadchester/

and go here for tickets for the Madchester Xmas party, at Skiddle – https://www.skiddle.com/whats-on/Manchester/Shack-Bar-And-Grill—/Madchester-Christmas-Party/13669499/?fbclid=IwAR0aqD6-xkVzrH57tRH0Kk6VsfJBQtk5iephzq8ATnb_Ona4koj