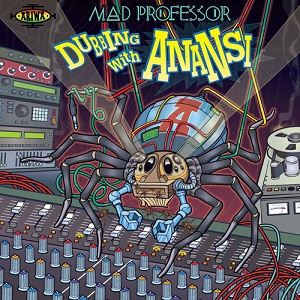 He might not be a Professor, he may be a little wayward though. One thing is for sure and that is that Neil Joseph Stephen Fraser (aka Mad Professor) is a dub veteran. Having worked with many of the greats – Lee ‘Scratch’ Perry (with whom he has collaborated on no less than ten albums), Sly & Robbie and Pato Banton – his own back catalogue is also impressive. He’s made over fifty albums, not including the Scratch collection, in either his own right or whilst teaming up with other artists.

Gaining his name from his fascination with electronics as a pre-teenager he moved from Guyana to London at the age of 13. In his mid-20s he had launched Ariwa Sounds from his Thornton Heath living room and had gained the support of John Peel. By the time the 90s had come around he was a sought after remixer in his own right as The Orb will testify as will Massive Attack following the remixing of their second album (Protection) into the milestone that was No Protection seeing his status rise even further.

At the age of 59 (or 60, dependant on where you get your information) he releases a new album of dub material that celebrates the West African mad/spider spirit that has also become a part of Caribbean folklore.

As the album would suggest, it has plenty of reverb. Short dubs, long dubs, even dubs that are dubbed and it’s all great stuff. Glass smashes, dogs bark and Professor screams. It’s all here. As well as instrumental dubs there are guest appearances by several vocalists including Brother Culture, Frankie Paul and Delroy Williams.

Curiously, opener Atlantic Crossing contains very little dub at all, but on Rebel Gathering (which bears similarities to Get Up Stand Up’s bassline) it’s all put to rights. Dubs are inserted at exactly the right times through bass lines, horn section and hi-hats.

Culture Vulture has the subtlest of melodies but is strung together by reverbs of equal measure and also of gigantic prowess. There seem to be so many ‘tricks of the trade’ in the track that it’s hard to see what else could have been included. It’s a lesson in dub.

The Babylonian opening sounds of Middle Passage contain gentle wind instruments and the sound of birds chattering, swiftly following by a dog barking and then back to our avian friends. It’s deep on bass and has an empty and hollow sound that continues throughout.

Dubbing With Anansi is dub at its finest, nothing more nothing less.