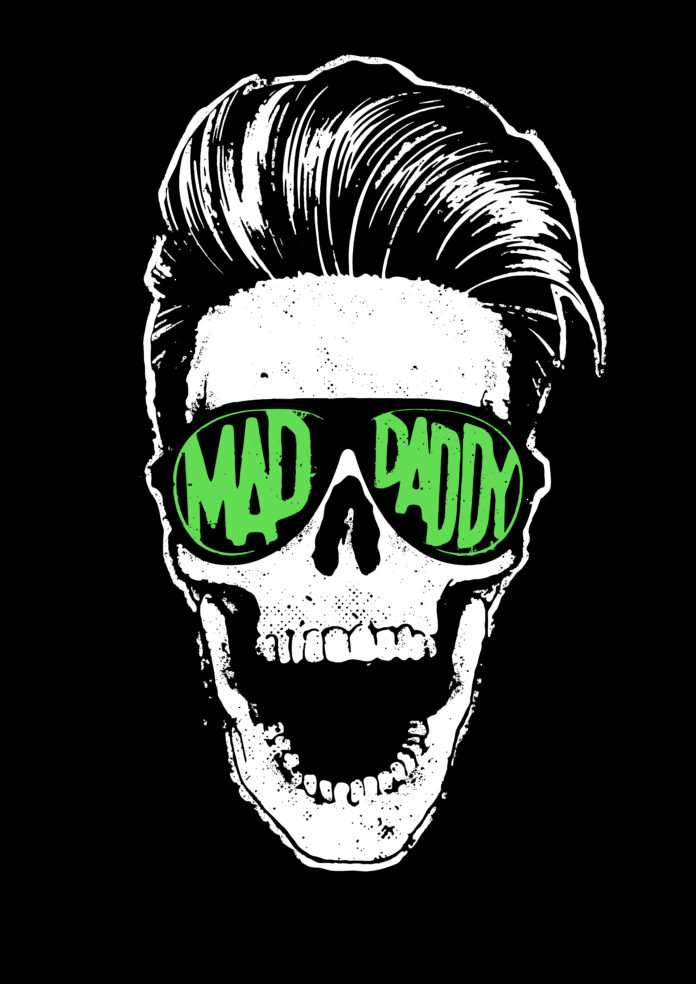 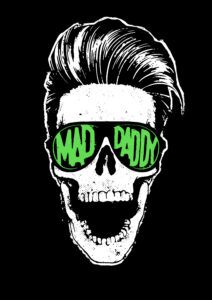 High-octane Rock ‘n’ Roll Punk Blues from the Isle of Man.  ‘It takes just the first 15 seconds of track one to know this is one helluva band’ says Ged Babey.

If you are as appallingly ignorant as me, all you know about the Isle of Man is that it hosts the annual TT motorcycle Races and it’s cats have no tails.

Well this ‘four piece band of misfits’ have been ‘polluting the airwaves of the Island and beyond with their high octane rock ‘n’ roll punk blues since 2015. Influences are wide ranging but old blues and rock n roll like John Lee Hooker, Slim Harpo, Howlin Wolf, Link Wray mixed with punk like the Stooges, Ramones, Motorhead and all the good stuff inbetween. (Oh and the Cramps of course! haha.)

This EP is the first release with a new line up, tighter faster sound with a new drummer and guitar player. The drummer Matt learn’t the songs in 2 days and on the recording of Some Fun the final track, none of us had ever played together before.

We’ve got enough material to do a full album just waiting for things to loosen up a bit, but plan is have it down by the end of the year.

I’m quoting heavily from the band info on bandcamp, but this music doesn’t need no explainin’. Just listen. It sells itself. It’s just sheer rock’n’roll blues energy. It makes your blood course faster thru your veins. It transports you (in your mind) to a packed sweaty bar-room venue full of headbangers, greasers and punks nodding along or flailing about in unison.  Even the harmonica, an instrument I have no time for generally-speaking, is spot-on and part of what makes this great.

I spoke to Dolyn from the band…

Can I ask you to tell me a bit about life on the Isle of Man (as far as gigs/music is concerned) – I know the Isle of Wight and its bands well: they seem to be absolute nutters and make action-packed music, which I put down to having fuck all to do/ limited places to go / travel off the island being expensive for people on low income.

The Isle Of Man music scene I would say is actually good for the size of the population (85,000) but there are limited venues to play these days. Back in the 60s and 70s it was a booming tourist destination and there was a lot of big bands that used to come over in TT week, like the Stones, Chuck Berry, (I read in Lemmys autobiography that he had been over here too but not sure if he played.) Now it’s mostly more like a retirement island and tax haven, but there is always a few rock n roll freaks fighting the good fight!

Like you mentioned it is expensive getting off the island for DIY bands on low income, and even just establishing contacts initially I’ve found to be very tough. Vice versa bringing acts over is tricky, but as well as ourselves trying to get across more, there is a emerging non-profit collective called Manx Punx who we play with quite a bit, who have been bringing punk bands over here the last few years. Hopefully if things ever get back to normal will be able to continue these plans as would love to have the island as a top destination on any rock n roll bands tour again, plus it’s a great way to make friends into similar stuff!

Well, if you like what you hear i’d urge promoters and like-minded bands to get in touch with Mad Daddy.

Dolyn is not too keen on EP’s #1 and #2 – old line-up n’all and I can definitely hear the difference on the third EP as it sounds like a band giving their all.

And you should never judge a band by its artwork/logo but in this case you can – lime green, and a good-looking, laughing skull with a fine, fine quiff… speaks volumes – and the music matches up to it.